RICHMOND, Va. -- A series of disturbances will keep the threat of rain around the entire weekend.  There will be dry moments and hours, but both days will be filled with occasional showers.  Some thunder is even possible on Sunday.

Highs on Saturday will occur in the evening for many locations, ranging from the upper 40s far northwest to some 60s far southeast. 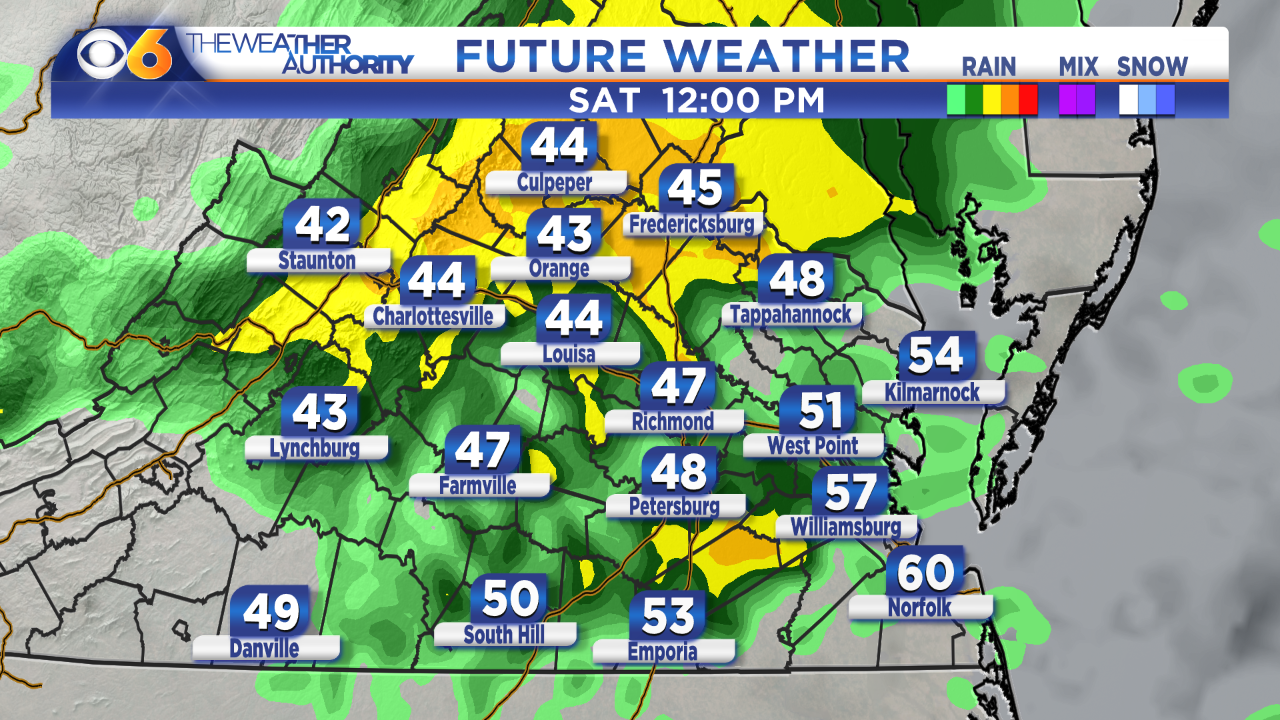 Temperatures will not drop much Saturday night, and will then rise into the lower 60s by mid-morning Sunday in the metro.  Afternoon highs will range from the low to mid 60s far northwest to some mid 70s southeast.

Showers will continue into Monday, and rainfall totals by Monday evening will exceed an inch in many spots, with over 2" possible to the northwest.  A flood watch is in effect for northern and western Virginia into Sunday evening.

For the week ahead, we will see a break from the freezing temperatures.  Here are the lows from the past ten days.

We haven't had a period above freezing longer than a few days so far this winter, but it looks like we may string together seven straight days above freezing between now and Friday.  That hasn't happened since early November.

And although there will be some colder weather next weekend, it looks like the following week has a high chance of averaging about above normal as well.