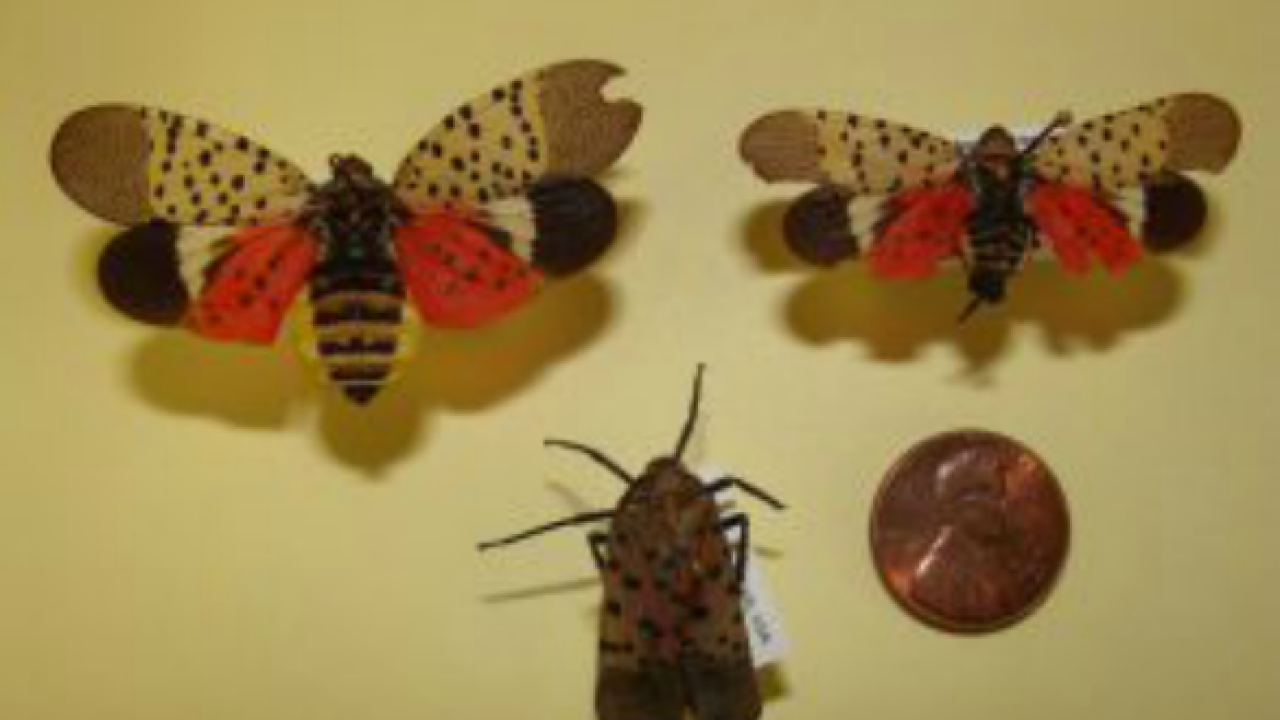 Photo from the Virginia Cooperative Extension and VDACS shows what a Spotted Lanternfly may look like. The insect species was first detected in the U.S. at a Pennsylvania stone business in 2014.

RICHMOND, Va. – A new invasive species called the Spotted Lanternfly has been detected by the Virginia Department of Agriculture and Consumer Services.

VDACS inspectors say that they found the Spotted Lanternfly, Lycorma delicatula, at a stone yard in Frederick County near Winchester, WTKR reports.

The insect is native to China, India and Vietnam, according to VDACS officials, who also say that the Spotted Lanternfly (SFL) feeds on more than 70 plants including grapes, stone fruits, hops and ailanthus (Tree of Heaven).

The insect itself can cause harm to plants because of the method in which it feeds. SLF can also be a nuisance pest to homeowners when found in large numbers.

The first detection of the Spotted Laternfly in the U.S., was at a Pennsylvania import stone business in 2014. Stone products from that business went to the Winchester site, close to where the insect was first found.

VDACS inspectors had been monitoring the Winchester site since 2015, with no positive detection until a routine follow-up survey in January. Inspectors then found SLF on a certain tree variety located on the property.

Early detection of these insects is something that VDACS believes is very important in managing the newly introduced plant pest.

For more information on Spotted Lanternfly in Virginia, click here.