RICHMOND, Va. — The man arrested for a fatal January 2 shooting had previously warned he was a threat to society.

Devrick R. Gail, 29, of Tweeter Branch Lane in South Richmond, was arrested Monday in connection to the murder of Davon R. Daniels, according to Richmond Police.

Daniels was shot and killed on Coalter Street in the city’s Mosby neighborhood.

Police said Gail was arrested “in connection with a homicide,” and that “additional charges are pending.”

In an April 2014 letter written to a judge from prison following a conviction on a firearm charge, Gail opened up and said he needed to be institutionalized at a mental health facility.

“In less than three years, I am scheduled to be released from prison. I can offer a monumental argument that I am more of a detrimental threat to society at this given moment than I was eight years ago,” he wrote. “Anger, aggression, and violence all seem to be reoccurring themes in my emotionally imbalanced life.”

“I am mentally, physically, emotionally and spiritually exhausted,” he continued. “My inability to control anger and aggression keeps me in a continuous conflict with my environment and the people who are closest to my heart” 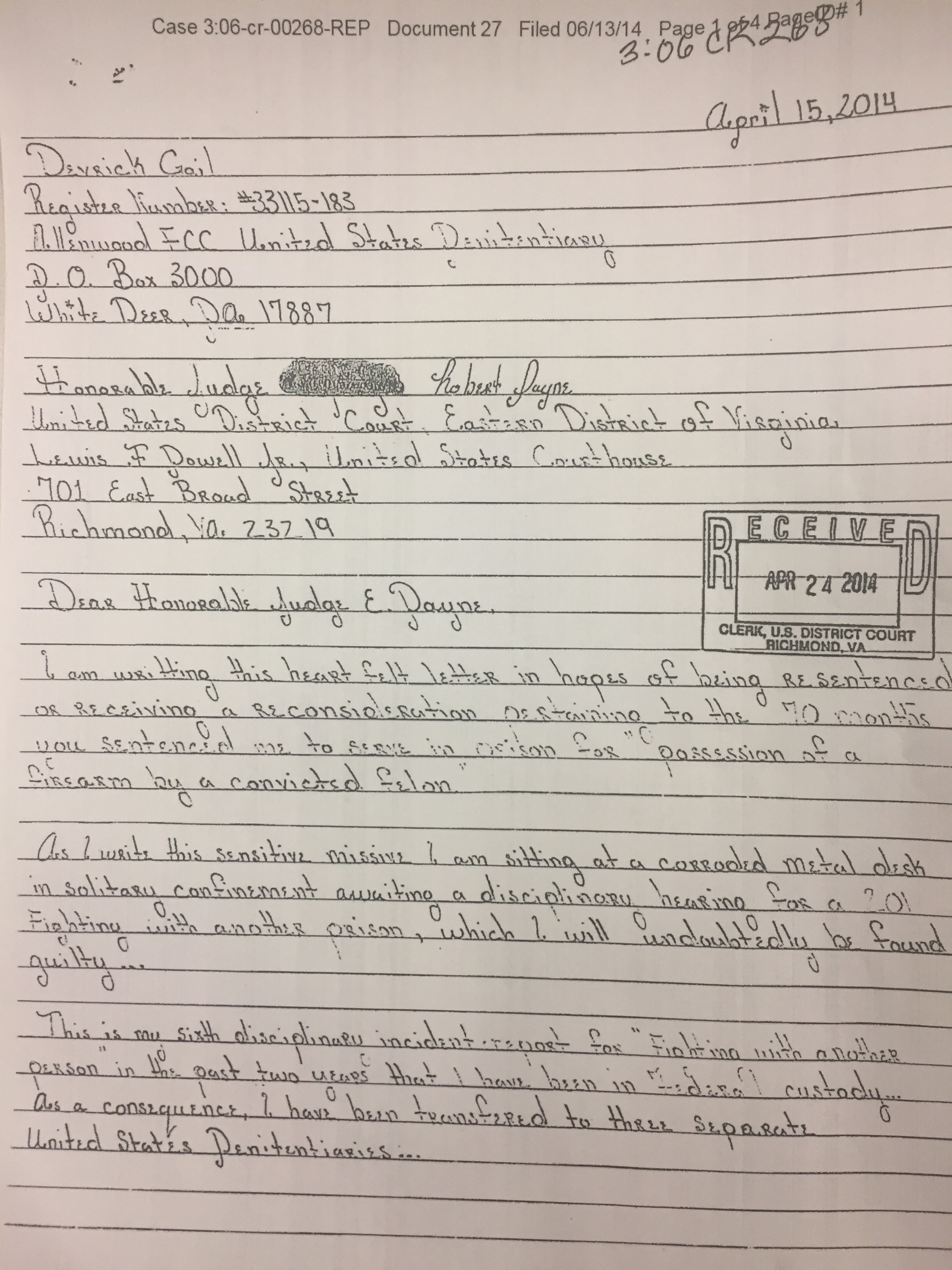