ALBEMARLE COUNTY, Va. -- More than $20,000 has been raised for the Virginia dad killed Wednesday when an Amtrak train collided with his garbage truck. Christopher Foley, 28, of Louisa County, was identified as the man killed in the incident, according to the Albemarle Police.

"We here at the company lost a friend and a brother," Joann Scott wrote on the GoFundMe page. "His one-year-old son lost a father."

Foley was a passenger in the truck. Another passenger on the garage truck was airlifted to the University of Virginia Medical Center with critical injuries. The driver was taken by ground in serious condition.

Investigators looking into Wednesday's deadly crash -- which involved a train carrying GOP members of Congress -- are focusing on the actions of the driver of a truck the train struck, a source with knowledge of the investigation told CNN.

Eyewitnesses have told National Transportation Safety Board investigators the truck driver -- who is alive but in serious condition, according to authorities -- was seen trying to snake his way through the crossing gates, despite signals that included lights warning of the oncoming train, two sources with knowledge of the investigation told CNN.

The Amtrak train, which was chartered by GOP lawmakers to take them from Washington, DC, to West Virginia for their retreat, was traveling at approximately 60 mph at the time of the accident. The tracks where the accident happened are not often active passenger rails and are usually only used for freight trains, which travel much more slowly, usually around 30 mph. 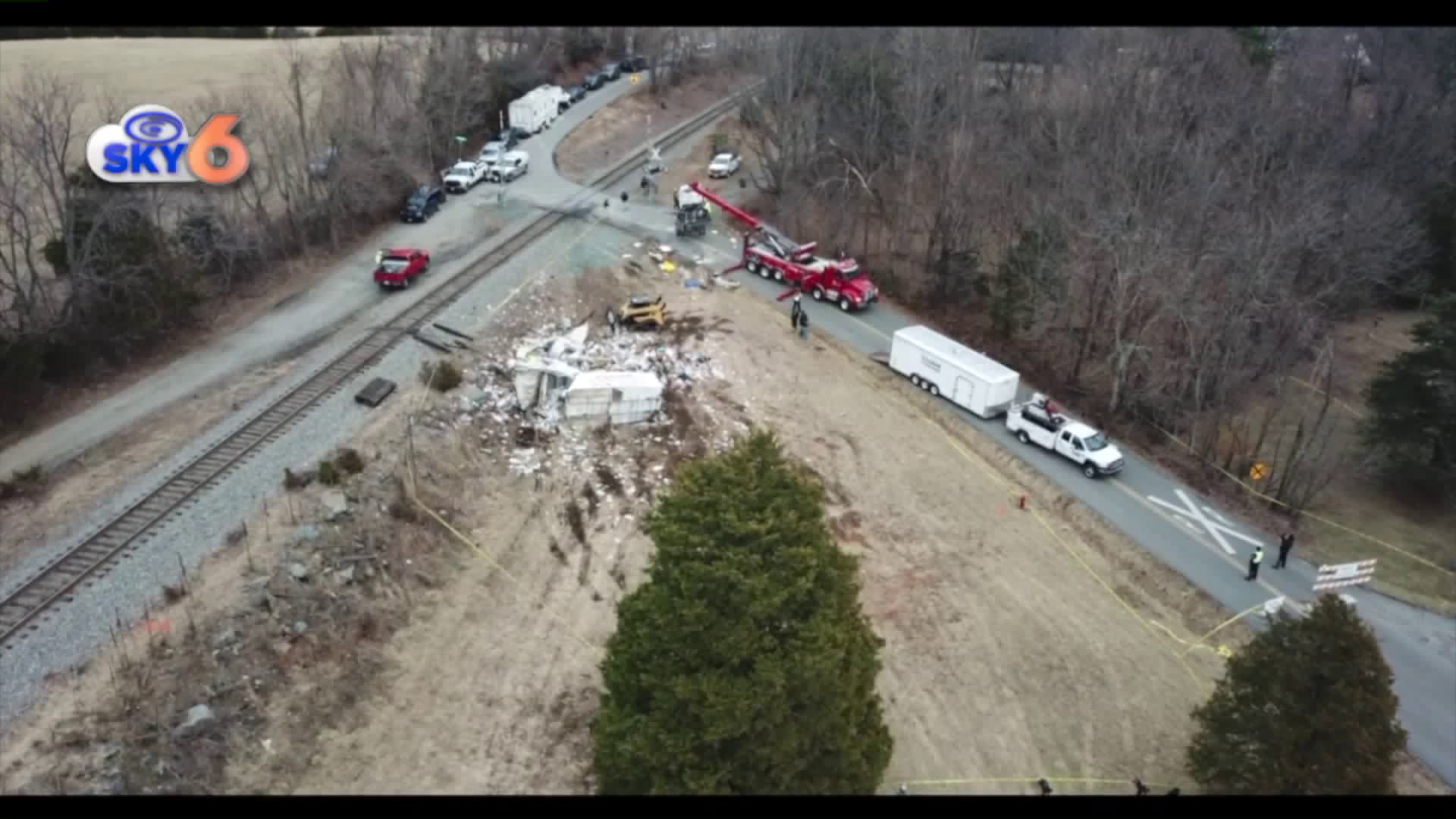 Neighbors who live near these tracks learn the routine and they plan accordingly, the source said. This Amtrak train was going roughly twice as fast as trains that usually travel on these tracks, so the truck driver may have miscalculated how much time he had if he mistook the Amtrak for the usual slower freight train.

Although it's unusual to have passenger service on the rail line, the tracks are rated for 60 mph, so the fact that it was traveling at this speed is not thought to be an issue, one of the sources said.

NTSB investigators are working to download the video from the camera that was on the front of the train.