CHESTERFIELD COUNTY, Va. – A total of 18 people, including 9 children have been displaced after a two-alarm fire at a Chesterfield County apartment complex Wednesday night.

Chesterfield Fire and EMS were dispatched around 5:16 p.m. for a fire at the Glen at Colonial Heights apartments. The unit was located in the 2600 block of Mangowood Drive. Upon arrival, crews found heavy fire on a third floor apartment.

All the occupants of the unit had already been safely evacuated upon arrival,” according to Chesterfield Fire and EMS Assistant Chief John Boatwright.

“Due to the size of the building and the potential for life, safety problem with the number of residents within, we called for a second alarm,” said Assistant Chief Boatwright. 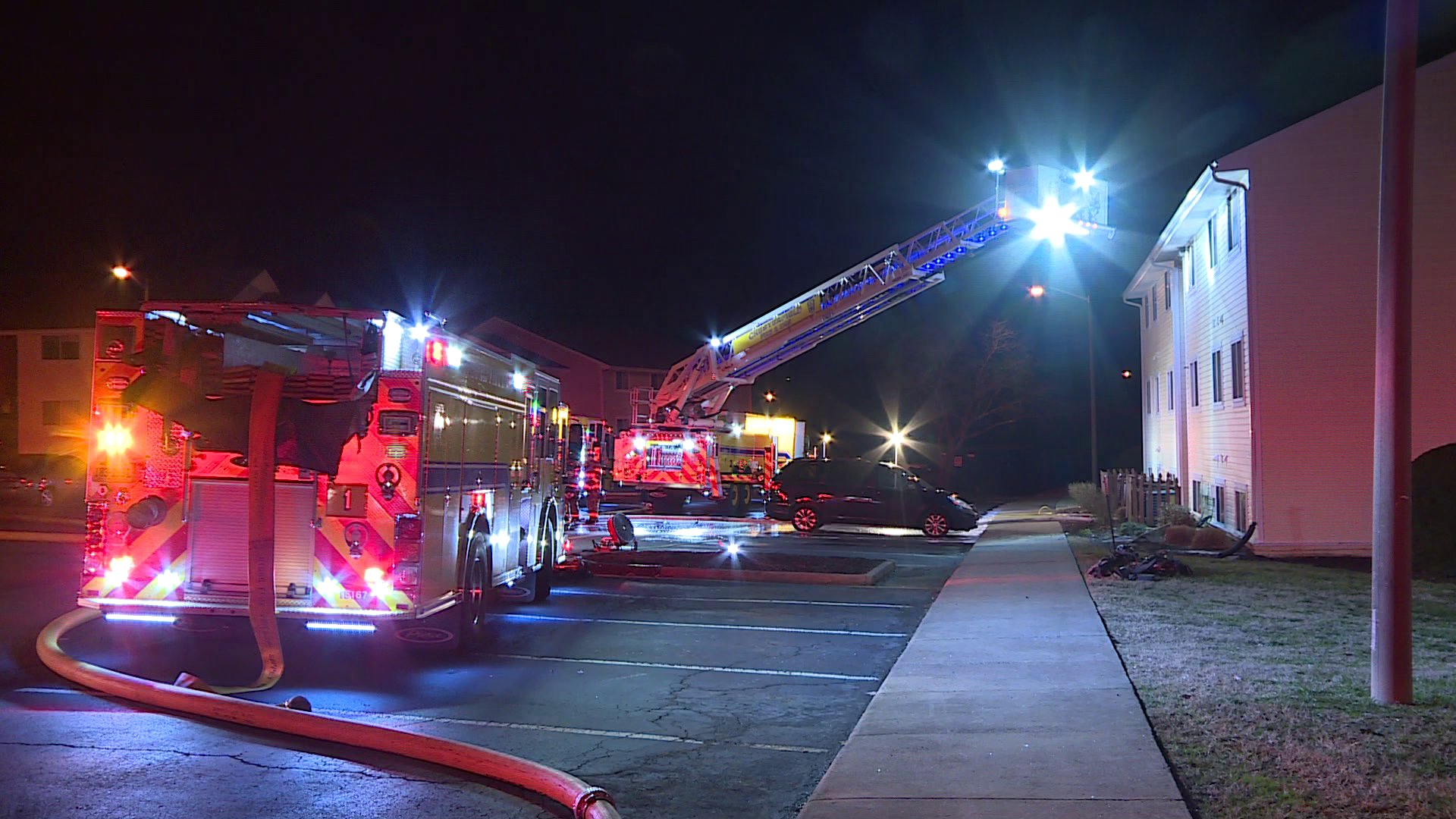 Boatwright said crews used an aggressive interior attack to quickly knock down the fire. Fire damage was contained to a third-floor apartment.

Five additional apartments were affected by smoke or water damage.

The Fire Marshal is investigating the cause.