Virginia State Police responded to the crash at approximately 7:12 p.m. at northbound I-295 to eastbound I-64 (exit 53B).

A preliminary investigation reveals the driver of the tractor trailer, hauling granite or marble on a flatbed trailer, was attempting to take an exit and lost control.

Police said the driver ran off road left, then overturned. 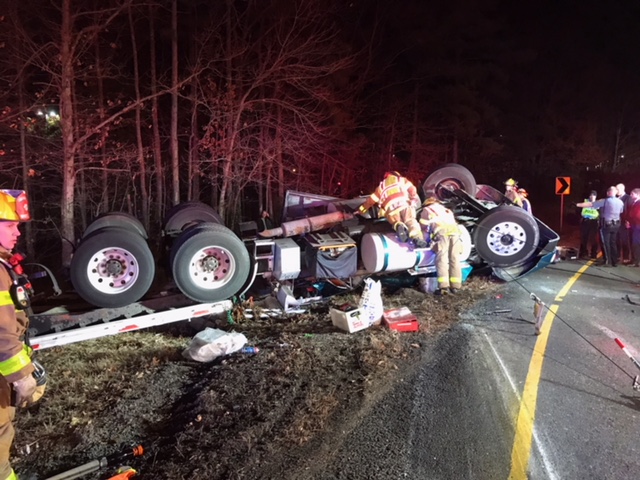 The driver was entrapped inside the trailer and the load was lost. The driver was transported to the hospital for treatment of serious injuries.

Cleanup is underway and expected to take an extended period of time.

The driver has been charged with reckless driving; failure to maintain proper control.