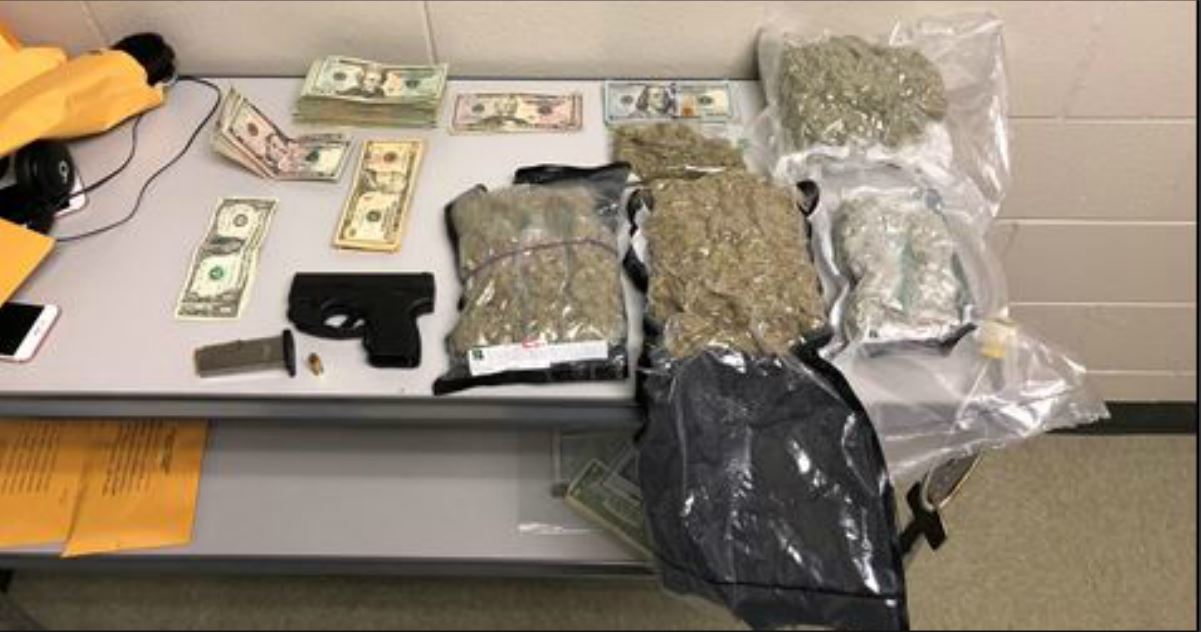 PRINCE GEORGE COUNTY, Va. — Three men were arrested early Monday after their Lyft driver was stopped for driving with a broken headlight, according to Prince George County Police.

“The vehicle was occupied by three males and one female; the female was a Lyft driver,” police said. “During the stop, evidence was presented that led to a search of the vehicle. The search of the vehicle, as well as the occupants, resulted in the recovery of approximately 3.4 lbs. of marijuana, packaging materials, a loaded 9mm handgun and ammunition.”

“The investigation revealed that the three males were being transported from the Chesapeake area to the City of Petersburg,” police said. “No charges are being sought at this time for the female Lyft employee.”

The suspects were identified as Denard Farrish Jr, 20, of Triangle, Wilson Doswell IV, 19, of Dumfries, and Isaiah Gordon, 20, of Dumfries.

All three were booked at Riverside Regional Jail.