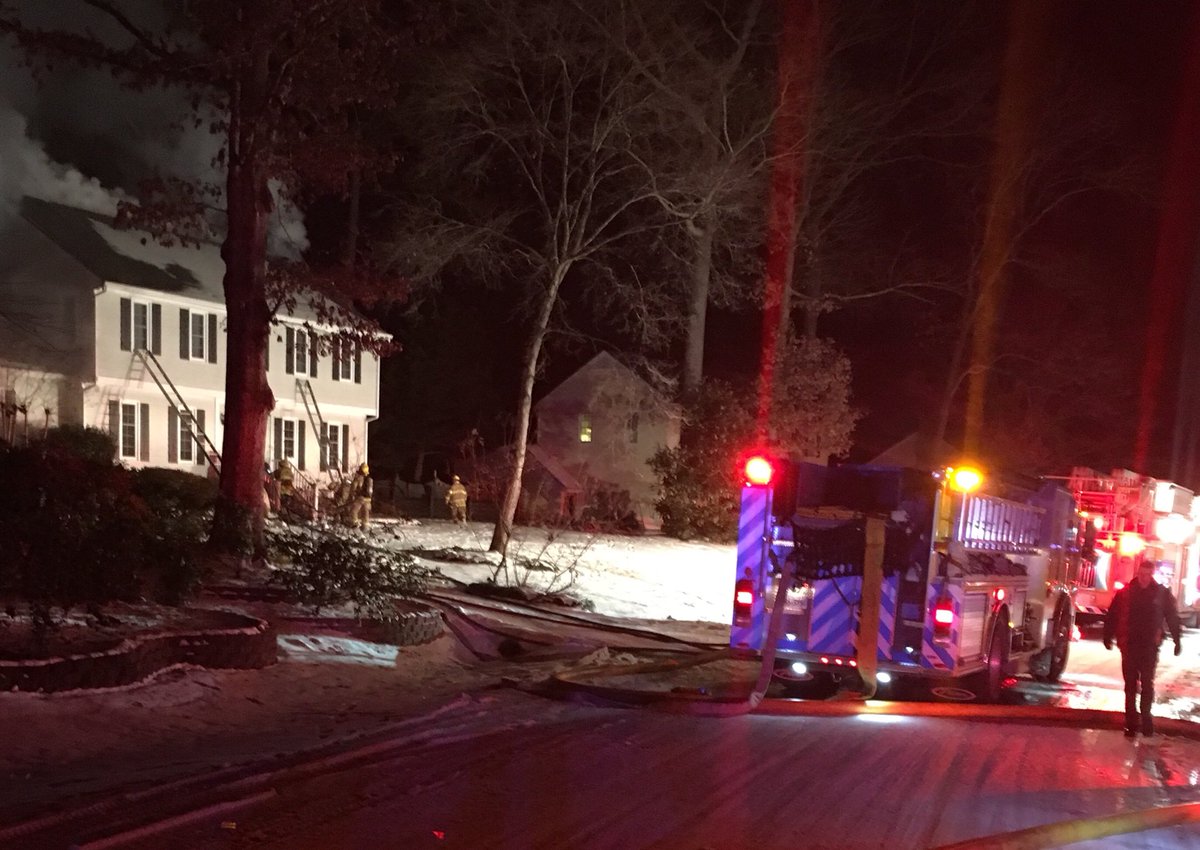 At approximately 10:35 p.m., fire officials responded to the home in the 200 block Aldersmead Road, according to Chesterfield Police Lt. Don Story.

Upon arrival, fire fighters were met with heavy flames. The flames were so significant that fire crews blocked several streets while they battled the fire.

The homeowner was not at the home at the time of the fire. There were no injuries.

There is no word of what caused the blaze.