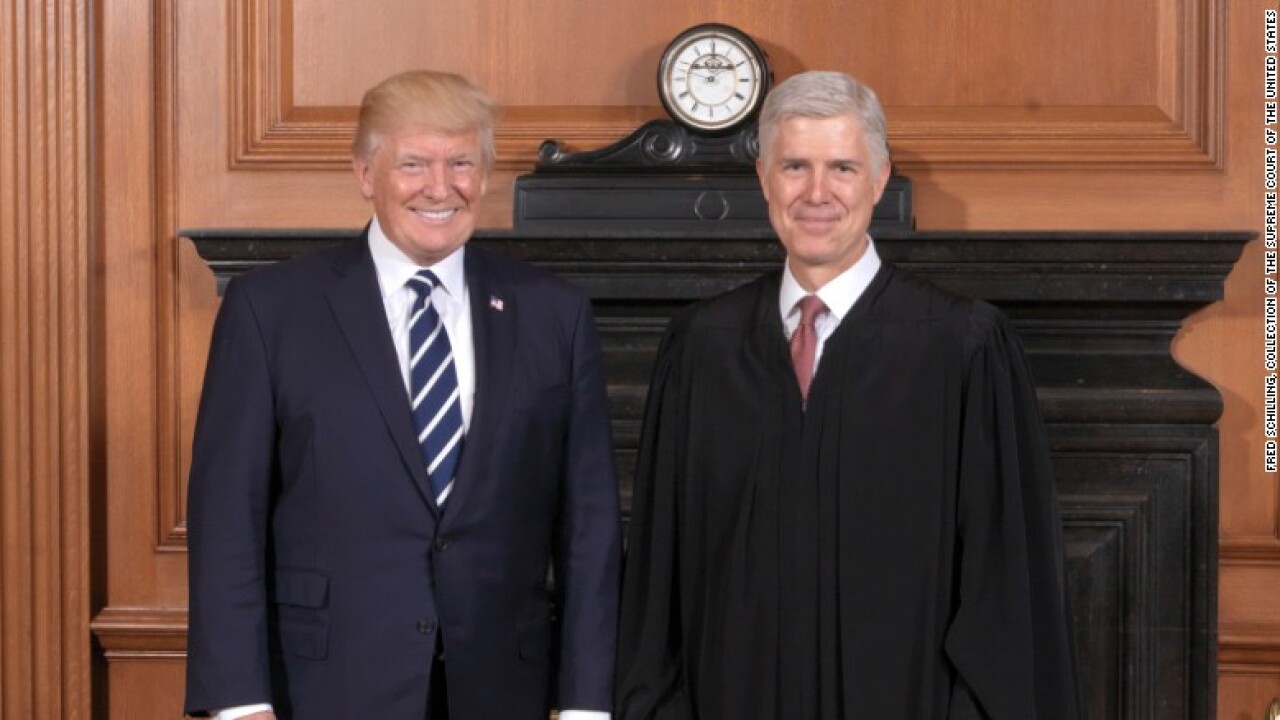 Trump ultimately selected Neil Gorsuch, whose successful confirmation to the highest court has been lauded by Republicans as a landmark achievement of Trump’s first year in office. But the President nearly took a sharp and consequential detour, according to Wolff.

Wolff writes that “before settling on Gorsuch, he (Trump) wondered why the job wasn’t going to a friend and loyalist. In the Trump view, it was rather a waste to give the job to someone he didn’t even know.”

As he considered various candidates, including “all his lawyer friends — all of them unlikely, if not peculiar, choices,” Trump continued to be interested in the former New York mayor.

“The one unlikely, peculiar, and nonstarter choice that he kept returning to was Rudy Giuliani,” Wolff wrote in the book obtained by CNN.

The President’s doubts about Gorsuch, and his attraction to Giuliani as a potential alternative, did not end with Gorsuch’s nomination.

The President became angry in February at reports that Gorsuch had told Democratic Sen. Richard Blumenthal that he found Trump’s attacks on the judiciary “demoralizing, “and Trump considered pulling Gorsuch’s nomination, The Washington Post first reported.

“I never even wavered and am very proud of him and the job he is doing as a Justice of the U.S. Supreme Court,” Trump tweeted.

Wolff’s reporting adds a new wrinkle, however: that Trump, once again, mulled nominating Giuliani for the lifetime post.

“Trump, in a moment of pique, decided to pull his nomination and, during conversations with his after-dinner callers, went back to discussing how he should have given the nod to Rudy,” Wolff writes. “He was the only loyal guy.”

“An absolutely ridiculous and fabricated comment. He never, ever came up. No one off the list ever came up,” said Leonard Leo, executive vice president of the Federalist Society, who advises the President on judicial nominees.

CNN has not independently verified all the details in Wolff’s book.