CHESTERFIELD COUNTY, Va. -- One person was taken to the hospital and a police cruiser was damaged after crashes in Chesterfield County, near the Amelia County line.

The initial crash involved an SUV, headed west along the 24000 block of Hull Street Road, that ran off the road and overturned into the woods.

The driver of that SUV was pinned underneath her vehicle. 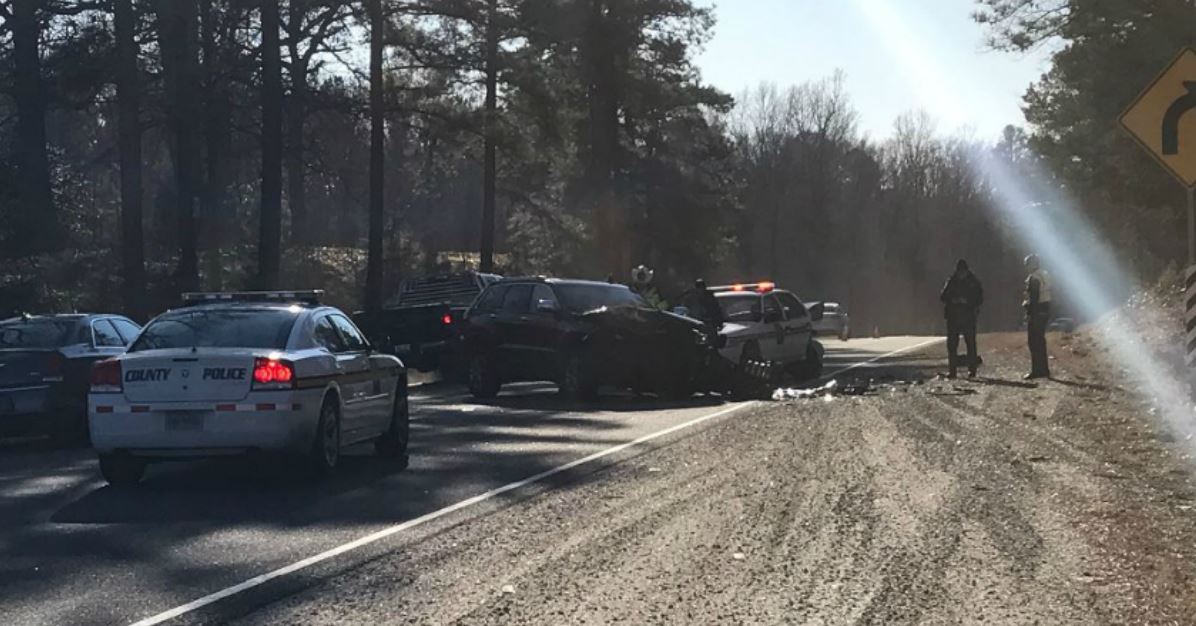 Firefighters were able to extricate her from the overturned SUV.

She was taken to the hospital, with serious, but non-life threatening injuries.

A Chesterfield Police officer, who parked his police cruiser about a quarter of a mile from the accident scene to alert drivers to the crash ahead, became an accident victim himself.

Another driver did not stop and drove into the back of the parked Chesterfield Police cruiser.

The officer was not inside the cruiser was damaged. The second driver's condition has not been released.

The crashes remain under investigation.