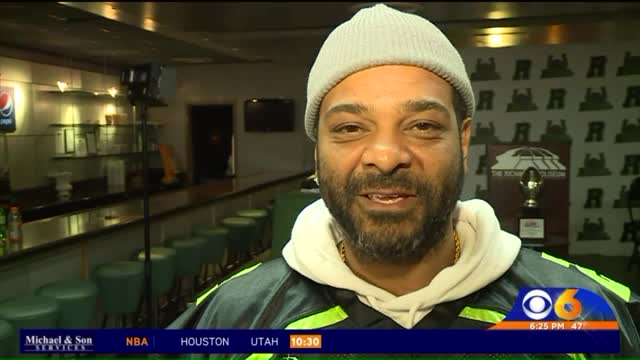 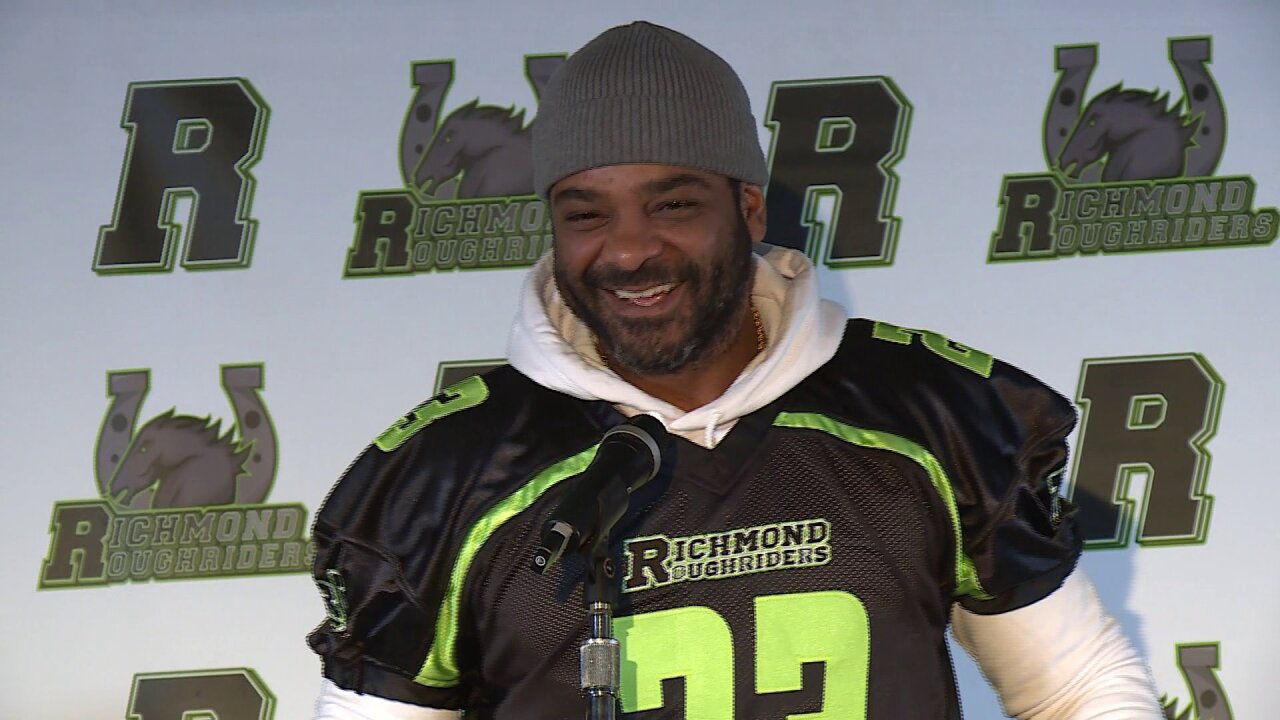 RICHMOND, Va. -- Rapper Jim Jones was introduced Thursday as one of the newest minority owners of the Richmond Roughriders and he didn’t waste any time extending an invitation to NFL free agent Colin Kaepernick.

Jones was introduced at the Richmond Coliseum as a new part owner, who will also help promote the Roughriders and American Arena League (AAL).

The Roc Nation artist says he will promote the team in his music and music videos.

Jones and the Roughriders have actually crossed paths recently.

The "We Fly High" rapper performed at halftime during the Rough Riders win in the Arena Pro Football League title. He apparently liked what he saw.

While talking to the media Thursday, Jones repeated his offer to Colin Kaepernick to join the Roughriders and resurrect his pro career.

"You know, he didn't get to play this year in the NFL and in Arena football he can keep his skills up to par, break some records, have some fun,” said Jones.

Kaepernick was the first NFL player to kneel during the national anthem to protest police brutality in 2016. After becoming a free agent in 2017, he has not been signed by an NFL team.

“The kids can come out to see him. I mean that’s what he's all about right? So maybe he might reply. We put some more pressure on him. The offer still stands man, we're looking for you. Roughriders," said Jones.

There is no word if Kaepernick has any interest.

The Roughriders will begin their second season in existence in a new league, the American Arena League. Their season will kickoff in March.