Officials were called out to the fires just after 2:15 p.m. and that they span from Temple Avenue to the Walthall Drive exit alongside the northbound lanes of Interstate 95. 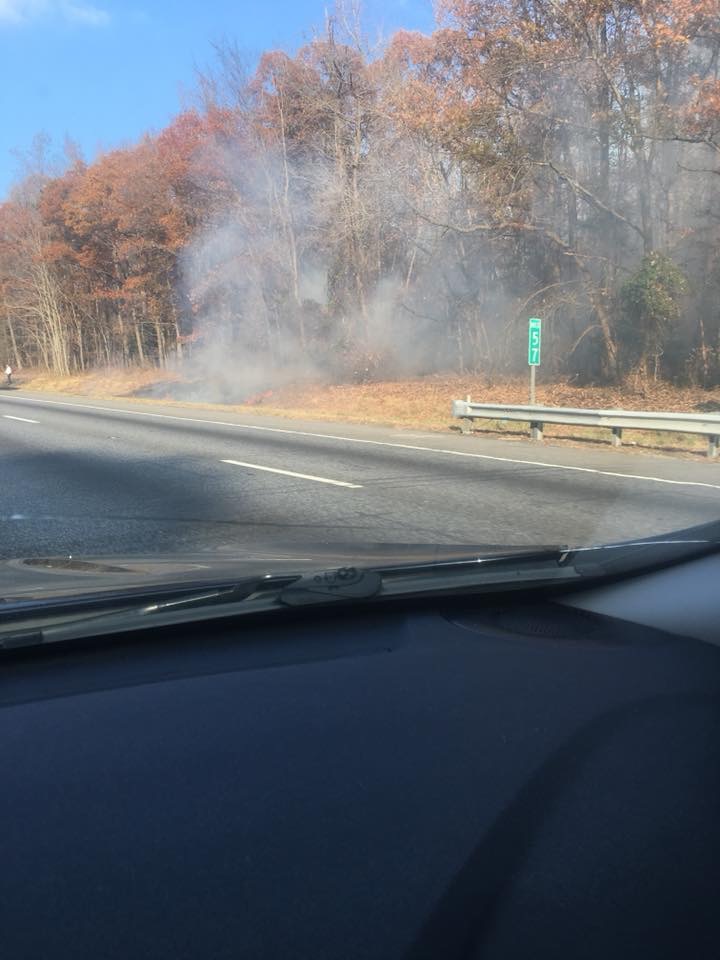 All of the northbound lanes near the Temple Avenue exit were closed at one point and traffic was backed up for more than two miles.

There has been no word yet on what sparked the fires, but there were reports of something being thrown or shot from a moving vehicle.

Some people who live nearby said that with memories of the out-of-control fires in California and Tennessee, the sight of smoke and fire close to their homes was alarming.

"Just a lot of smoke, there's still a tree on fire right now.  I guess they are struggling with water trying to keep it out.  The smoke is traveling further down, so I’m not sure how much is on fire, [but] just seeing that is kind of scary."

This is a developing story. Stay with CBS 6 for updates.