Son fears 77-year-old won’t make it after 400 animals seized: ‘This is her life’

LOUISA COUNTY, Va. -- Goats, horses, emus, sheep, rabbits, chickens, turkeys, a peacock, ducks and cats were among the hundreds of animals rescued Wednesday, according to the Louisa County Sheriff's Office. An estimated 400 animals were discovered after Louisa Animal Control was dispatched to West Old Mountain Road to deal with goats in the street.

"When they went to put the animals back in, [they] located several more animals that were in distress and some that were deceased. A veterinarian responded and suggested that some of the animals would have to be euthanized, and the rest of the animals would need to be removed," a Louisa Sheriff's Office spokesperson said. "These animals are going to be housed at the Louisa Fireman's Fairgrounds until more suitable arrangements can be found."

Major: No one was living at farm

“The homeowner actually lived in a different location, so there was nobody actually living here,” Major Donnie Lowe with the Louisa Sheriff's Office said.

“This last six inches down here, all that is… chicken poop old,” Lowe said pointing to a chicken cage. “This cage hasn’t been cleaned out in so long, it’s actually filled up half its capacity with its own waste.” 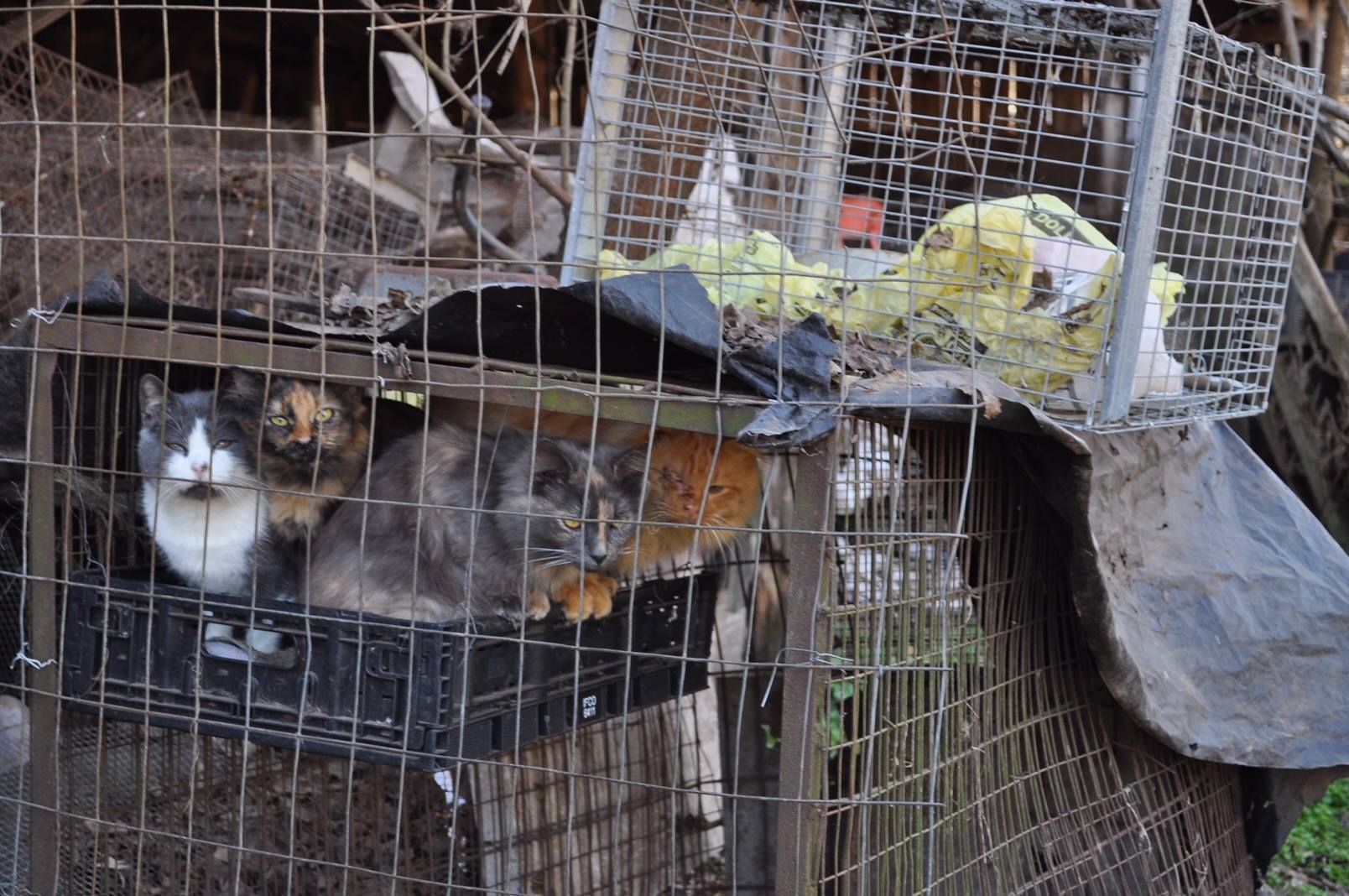 "Volunteers are needed to help assist in the care of these animals," the sheriff's spokesperson said. "If you would like to assist, please contact Louisa CART (540-223-1196), the animal shelter or the Sheriff's Office."

However, officials said some animals were in such poor condition they could not be saved.

“Guinea pigs and goats they were just so (emaciated) and sick that we couldn’t save them,” Lowe said.

However, family members of the woman who had been taking care of the animals disputed the decision to seize the menagerie.

“All the goats and all the animals were plenty fat, no ribs were showing on them,” Cecil Colna, whose mother owns the farm, argued. “My mother takes very good care of her animals.”

Colna said his aged mother was doing the best she could to care for the hundreds of animals.

“This is what she lives for. She’s 77 years old and she works two jobs to take care of the animals, I mean this is her life,” Colna said. “I’m afraid she might not make it after this.”

Officials said the commonwealth’s attorney will determine if animal neglect charges are filed in this case.