RICHMOND, Va. – The emotions were palpable at Richmond’s Fisher House, when an injured young Marine spoke to his pregnant wife for the first time in more than five months.

It happened just before a baby shower for the wife of Corporal Dustin Braun. 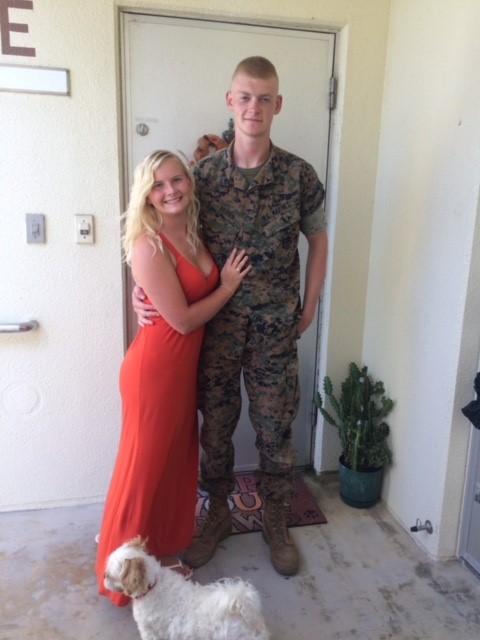 Samantha Braun is currently living at the Fisher House, which is located on the campus of McGuire VA Medical Center. The home provides free lodging to the families of veterans receiving treatment at the hospital.

Dustin is receiving specialty brain injury rehab services, due to severe injuries he suffered in a car accident back in June.

A spokesperson for the Fisher House said that at one point today, the 23-year-old man looked at his wife and said “I love you.”

They said that was the first time he had spoken since the crash.

The Brauns opened presents for their baby boy, who is their first child. The wife will have a cesarean delivery on Wednesday morning.