Henrico County firefighters responded at 6:20 p.m. to the 7700 block of Harewood Lane, not far from the intersection of Darbytown Road and Charles City Road.

Upon arrival, crews encountered heavy smoke coming from the back of a 2-story home.

“Because of its rural location and lack of municipal fire hydrants, Division of Fire water tankers responded to the scene to supply water for firefighting operations,” said Henrico Fire Captain Taylor Goodman. “As additional firefighters arrived, crews advanced hoselines inside while conducting searches for trapped occupants on both floors.” 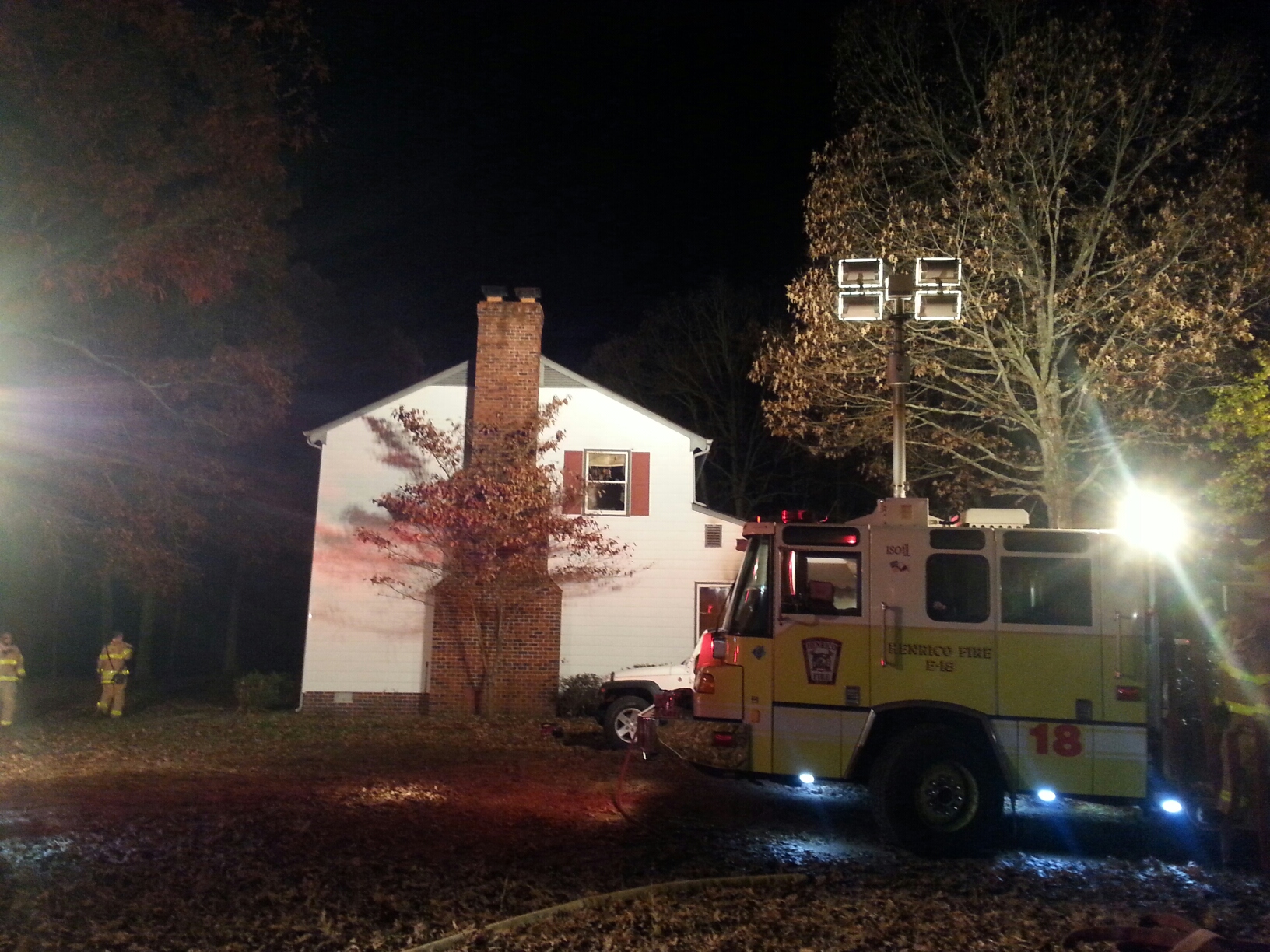 After an intense firefight, the fire was brought under control in just over one hour.

The fire is currently being investigated by the Fire Marshal’s Office.

This was the second house fire in the county in less than 12 hours.