RICHMOND, Va. -- The director of Richmond Animal Care and Control saved a bobcat that was hit by a car on Thanksgiving.

Officials posted on Facebook that a person driving to work in Richmond Thursday morning knew that she had hit something.

However, it was not until the woman parked at VCU that she discovered she had hit a bobcat, which was still lodged in the grill of her car. 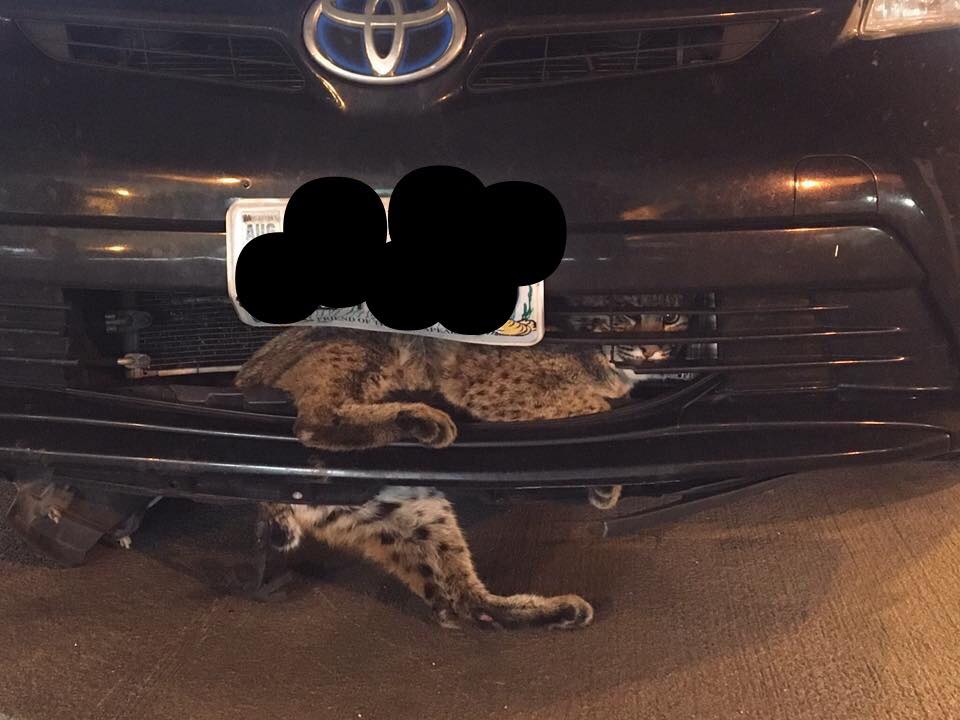 RACC Director Christie Peters said that she had just finished making a chocolate pie, when she received the call.

“Officer Jones and I (with support via phone from our friends at DGIF) worked to sedate and free the beautiful cat from the car and transport him to the Wildlife Center of Virginia for treatment and release,” Peters posted.

In fact, DGIF officials told Peters they had never seen anything like it.

"He was so beautiful and had perfect feet," Peters said.

And amazingly, the bobcat only suffered a minor scrape on his back.