RICHMOND, Va. -- The Edgar Allan Poe statue in Capitol Square was moved Wednesday from the southwest portion of the property to the northwest corner of the grounds.

The move is being completed by Fine Arts Specialists, a company that specializes in art relocation and has completed other projects on Capitol Square.

The Department of General Services (DGS) decided to relocate the statue due to the construction of Mantle, the Virginia Indian Tribute, and the planned Virginia Women’s Monument, Voices from the Garden. 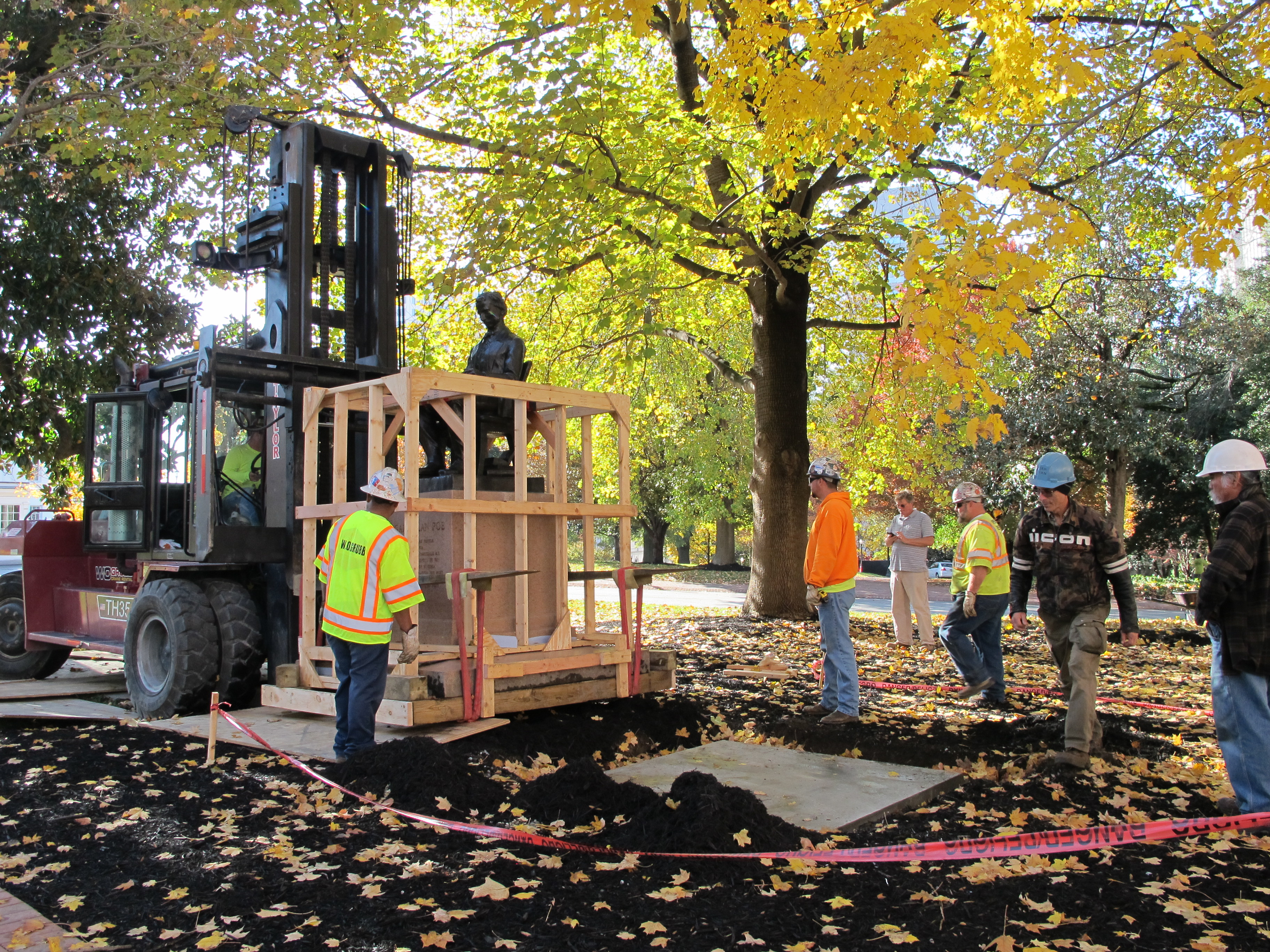 Poe will join several other single-honorary statues on the north side of the grounds.

“The Capitol Square Preservation Council supports the move because the new monuments are much larger than the Poe statue and change the context of that portion of Capitol Square,” said a DGS spokesperson.

The Edgar Allan Poe statue was first unveiled at Capitol Square on Oct. 7, 1959.