HOPEWELL, Va. – Four juveniles face more than 100 charges after allegedly causing an estimated $10,000 worth of damage from graffiti vandalism in the Midtown area of Hopewell.

Police said they investigated 23 separate graffiti related incidents between November 17 and November 20. All the incidents occurred within a six-block radius of Merner Field in Midtown.

“While some of the graffiti appeared to share characteristics common to street gangs, investigators found no evidence that the graffiti was a result of gang participation,” said a police spokesperson. 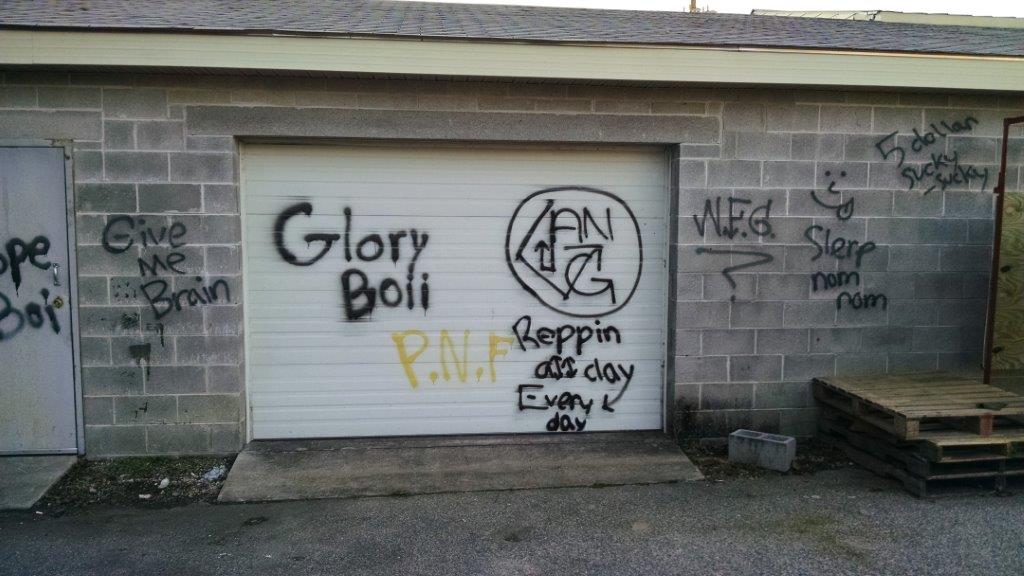 After receiving a tip, police identified four suspects between the ages of 13 and 16.

The teens face a combined 104 charges including felony and misdemeanor vandalism, trespassing and larceny.

“The citizen tip we received was instrumental to the investigation and ultimately led to the identification of the vandals involved in these senseless acts,” said Criminal Investigations Lieutenant Paul Intravia.

The suspects have not been identified because they are minors.