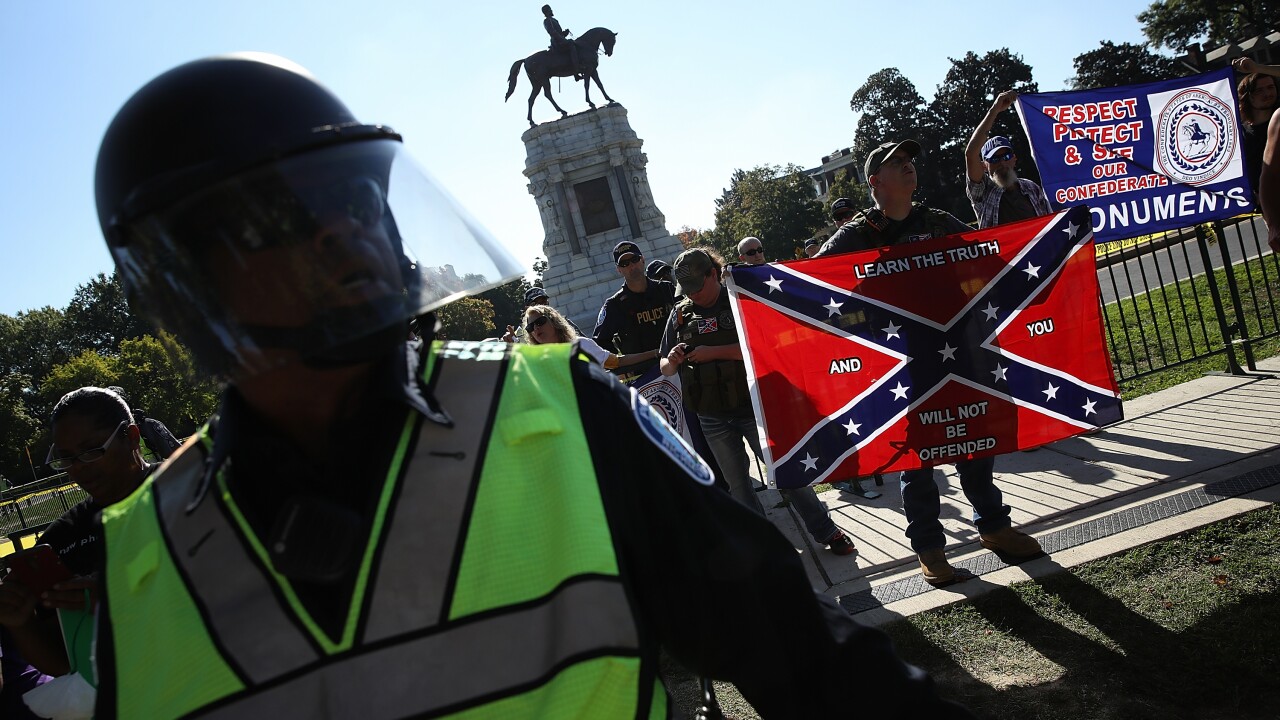 Richmond police keep members of the Tennessee based group “New Confederate State of America” separated from counter protesters September 16, 2017 in Richmond, Virginia. The group held a protest in support of retaining the statue of Confederate Gen. Robert E. Lee that is located on Richmond’s Monument Avenue. (Photo by Win McNamee/Getty Images)

The new regulations come three months after violence at the “Unite the Right” rally in Charlottesville that left one woman dead. In August, also in response to the deadly rally, McAuliffe signed an executive order to temporarily prohibit demonstrations at the Lee Monument.

After a review of the events in Charlotesville, the newly created Task Force on Public Safety Preparedness and Response determined that establishing a robust permitting process “is a critical component of preparing for events and protecting public safety.”

The task force developed new regulations that will be implemented by the Virginia Department of General Services.

According to Monday’s executive order, protests at the Lee Monument cannot exceed 500 people, possession of weapons, including firearms are banned and there will be new restrictions on the duration and times when protests can happen.

In addition, all assemblies of 10 or more people will now require a permit.

“In the aftermath of the tragedy in Charlottesville and upon learning that the permitting rules for the Robert E. Lee Monument had not been updated in decades, I immediately ordered my team to review the permit application process and develop regulations to protect public safety,” said Governor McAuliffe. “We believe these regulations can be a model for localities across Virginia as they consider how to approach these types of events in the future.”

The emergency regulations will be in effect for 18 months.