Hundreds of volunteers team up to build playground in Jackson Ward

An anonymous donor approached KaBOOM, a non-profit organization that helps communities build playgrounds for children, and presented the idea to build the playground in Abner Clay Park.

The design of the playground was based on children’s drawings created at a special event in September. 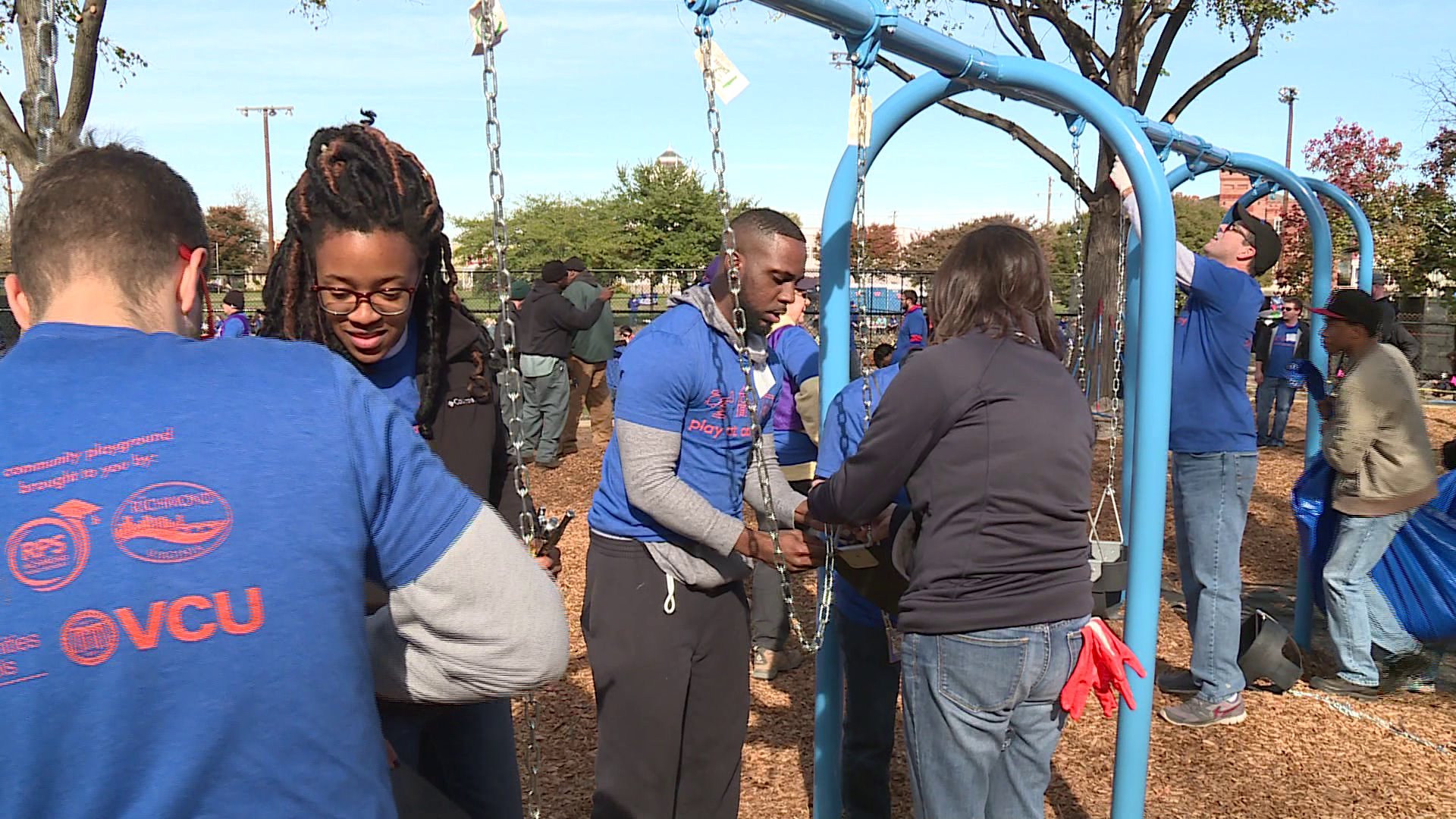 The volunteers, including members of Richmond Public Schools and the Historic Jackson Ward Association, joined KaBOOM Friday to build the playground in a 6-hour time-frame.

“Look at all these people trying to improve the community,” said one volunteer.

The volunteers finished the playground Friday, but children will have to wait until Monday to get their hands on the playspace.