“[Kaamo] crossed the rainbow bridge this morning due to an inoperable malignant tumor,” a police spokesperson said. “Kaamo served the Chesterfield County Police Department from 2010 to 2015 as a patrol K-9.”

The department said Kaamo was credited with “multiple criminal apprehensions.” In addition to finding suspects, he also saved at least one life.

“He was successful in tracking and locating an unconscious suicidal person who was in the early stages of hypothermia, preventing her death,” the spokesperson said.

Since his 2015 retirement, Kaamo had lived with his handler and family. 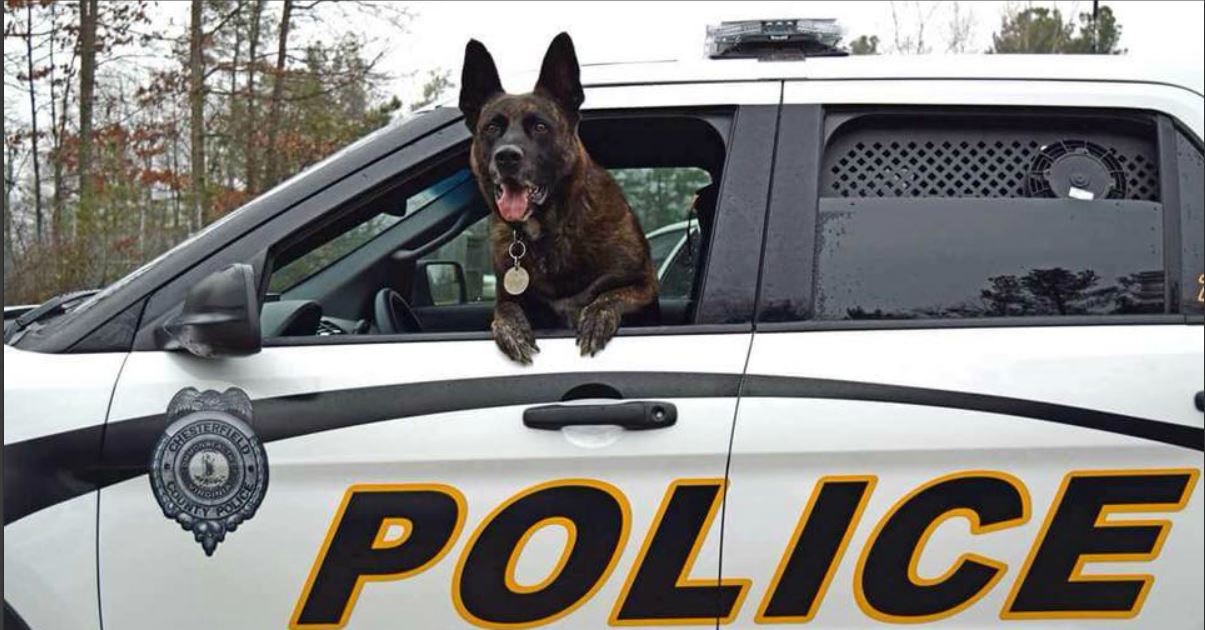