HENRICO COUNTY, Va. – Police are looking for the suspect who robbed a Virginia Commonwealth Bank in Henrico County Tuesday afternoon.

After the tellers compiled with the suspects demanded, police say the man fled the bank on foot. 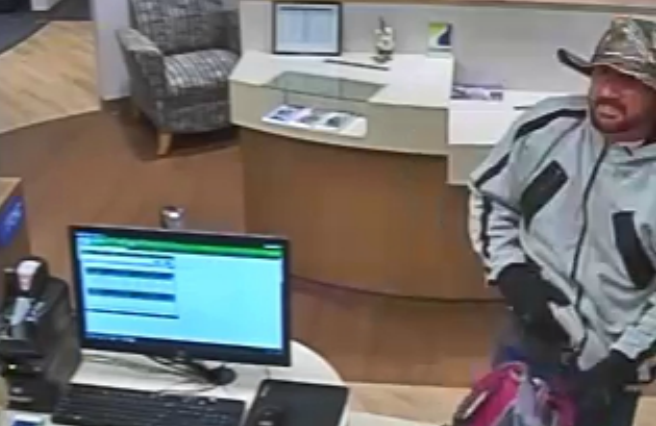 The suspect was described as white male, 5’11”- 6’1”, 220-240 labs. He was seen wearing a camouflage boonie-style hat, gray jacket and blue jeans during the robbery.

Police are asking that if anyone has information regarding this robbery to call police at 501-5000 or the Richmond Metro Crimes Stoppers at 780-1000.