“In Virginia it’s going to take a doctor to heal our differences. To bring unity to our people. And I’m here to let you know that the doctor is in. And this doctor will be on-call for the next four years,” Northam said at his election night party. Northam beat his Republican challenger Ed Gillespie with 54 to 45 percent of the vote.

Campaigners, supporters, and Democratic officials gathered at George Mason University in Fairfax to watch the election results. The excitement in the room grew throughout the evening as reports from Northern Virginia began to confirm that their candidates would win all three statewide races. 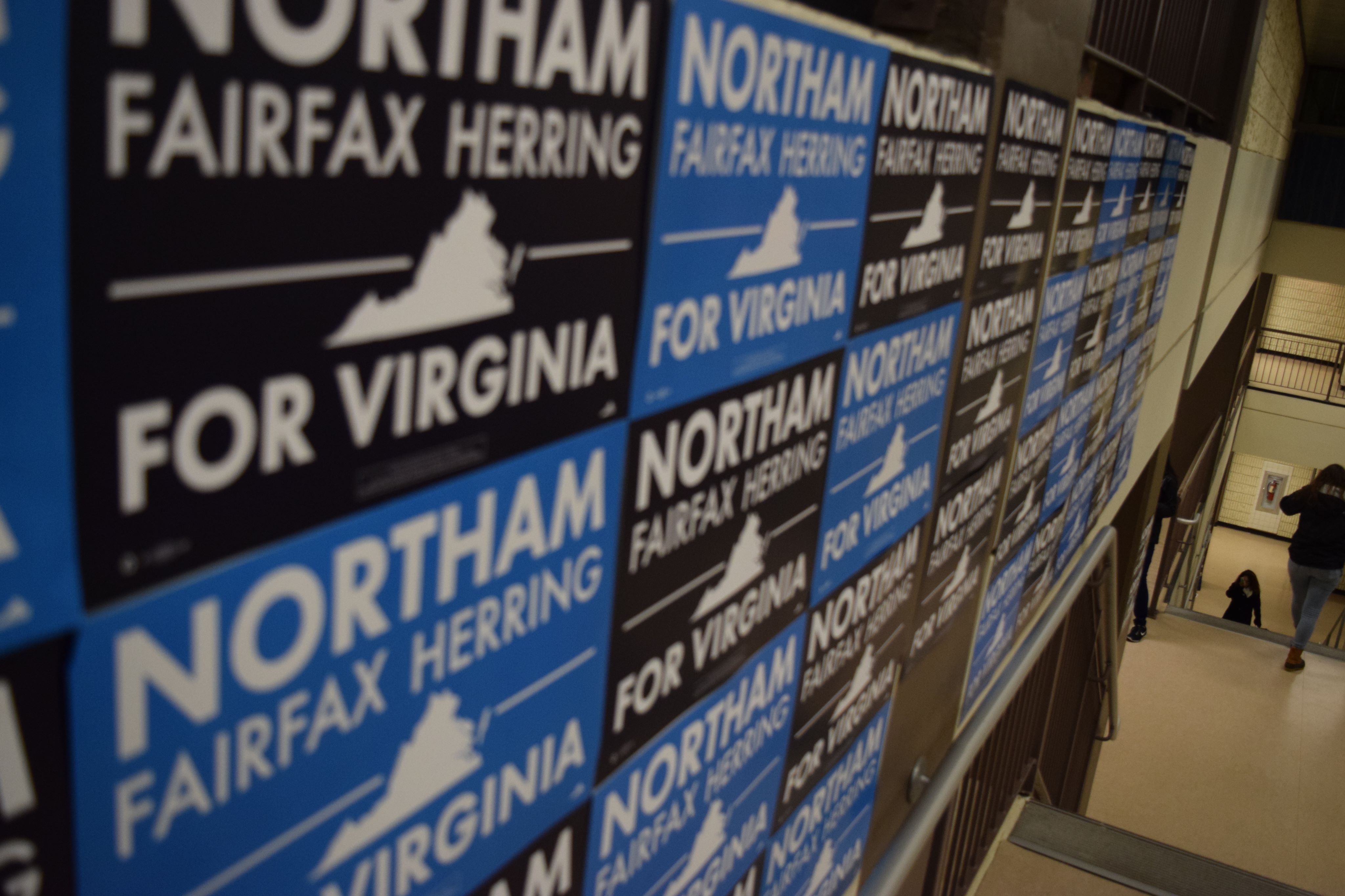 The election was also closely watched nationwide as it was seen as a test vote on President Donald Trump and his tumultuous 10 months in office.

“It was said that the eyes of the nation are now on the commonwealth. Today, Virginians have answered and have spoken. Virginia has told us to end the divisiveness, that we will not condone hatred and bigotry, and to end the politics that have torn this country apart,” Northam said in his victory speech.

Casey Archer, a student at the University of Maryland, said he had volunteered through both the primary season and general elections. Archer added that he is excited about the deeper implications of Northam’s victory.

“He sends a message to Trump that Virginia is not going the way he wants it to,” said Archer. “[Northam] has experience in the Virginia Senate, so he can make deals across the aisle. I think that’s pretty important in this really tensely partisan time.”

Northam’s victory speech was interrupted soon after he took to the stage by a group of protesters wielding signs and chanting “Virginia wants sanctuary for all.”

Audience members attempted to silence the protestors by covering their signs with jackets and with repeated chanting of Northam’s name.

The protestors were eventually drowned out by the cheers of the crowd of supporters and the return of the campaign music. Close to the stage, one of the protesters got in a physical altercation with security representatives who removed him from the room.

Linda Mann, a member of a small grassroots group of women said, “We were trying to decipher really what was happening. I know that on one of the signs it said something about sanctuary cities, another said something about ‘You got the vote, now prove it,’ so I’m assuming it has something to do with immigration of some sort.”

A week ago, Northam publicly withdrew his support of sanctuary cities, saying that he would sign a bill to ban them, if they ever emerged in Virginia.

Northam’s latest stance on sanctuary cities has the potential to alienate a portion of his Democratic base. But the celebration at the event was only briefly interrupted, and Northam regained the stage to loud applause soon afterwards.

Despite this apparent divide between different groups of the party, Virginia Democrats had a lot to celebrate on Tuesday evening.

“It just gives me an amazing hope that we are headed in the right direction,” Mann said. “I said to my son that the world just spun itself right tonight.”

Justin Fairfax, who defeated Republican Jill Vogel for lieutenant governor with 53 to 47 percent, said that “we’re so excited tonight to celebrate some incredible victories, not just for this Democratic ticket, not just for the Commonwealth of Virginia, not just for the United States of America, but for the world. The tide is turning.”

“Tonight the people of Virginia have sent a unmistakable message that will be heard across this nation and around the world and across the river by the man in the White House,” said Mark Herring, who was re-elected as attorney general by defeating his Republican challenger John Adams with 53 to 47 percent.

“Ours is a commonwealth of hope, of inclusion and of opportunity for everyone,” Herring added.

The inauguration for Northam as governor is scheduled for Jan. 13.