CHESTERFIELD COUNTY, Va. -- As a retiree, Gwenn Talbot spends most of her time at home, but recently she has been busy battling Chesterfield County leaders over signs popping up near her subdivision.

Talbot gets frustrated every time she sees a sign. And she said more seem to always turn up on the weekends.

Talbot has complained to county leaders for years because the signs are posted in the public right-of-way.

“The county has told me that they don't have the resources to pay overtime for their employees and they don`t want to have them work on the weekends,” Talbot revealed.

Talbot reached out to the CBS 6 Problem Solvers because she said the growing issue has become an eyesore.

“It affects the safety of our neighborhood. It affects property values and according to VDOT, it's illegal,” Talbot explained.

WTVR CBS 6 learned that both VDOT and Chesterfield are responsible for removing those signs from the right-of-way.

According to the Virginia code, violators can face a $100 penalty if they're not removed within a certain time.

Chesterfield County officials said crews have removed nearly $10,000 illegal signs in 2016 signs through the help of a volunteer program.

But they said enforcing the penalty is time consuming and fairly expensive for the county. That said, they will contact the violators.

But Talbot is putting county leaders on notice until there are no posted signs in her neighborhood.

“It`s a really bad situation. You pay taxes and you expect for things to happen,” Talbot said. 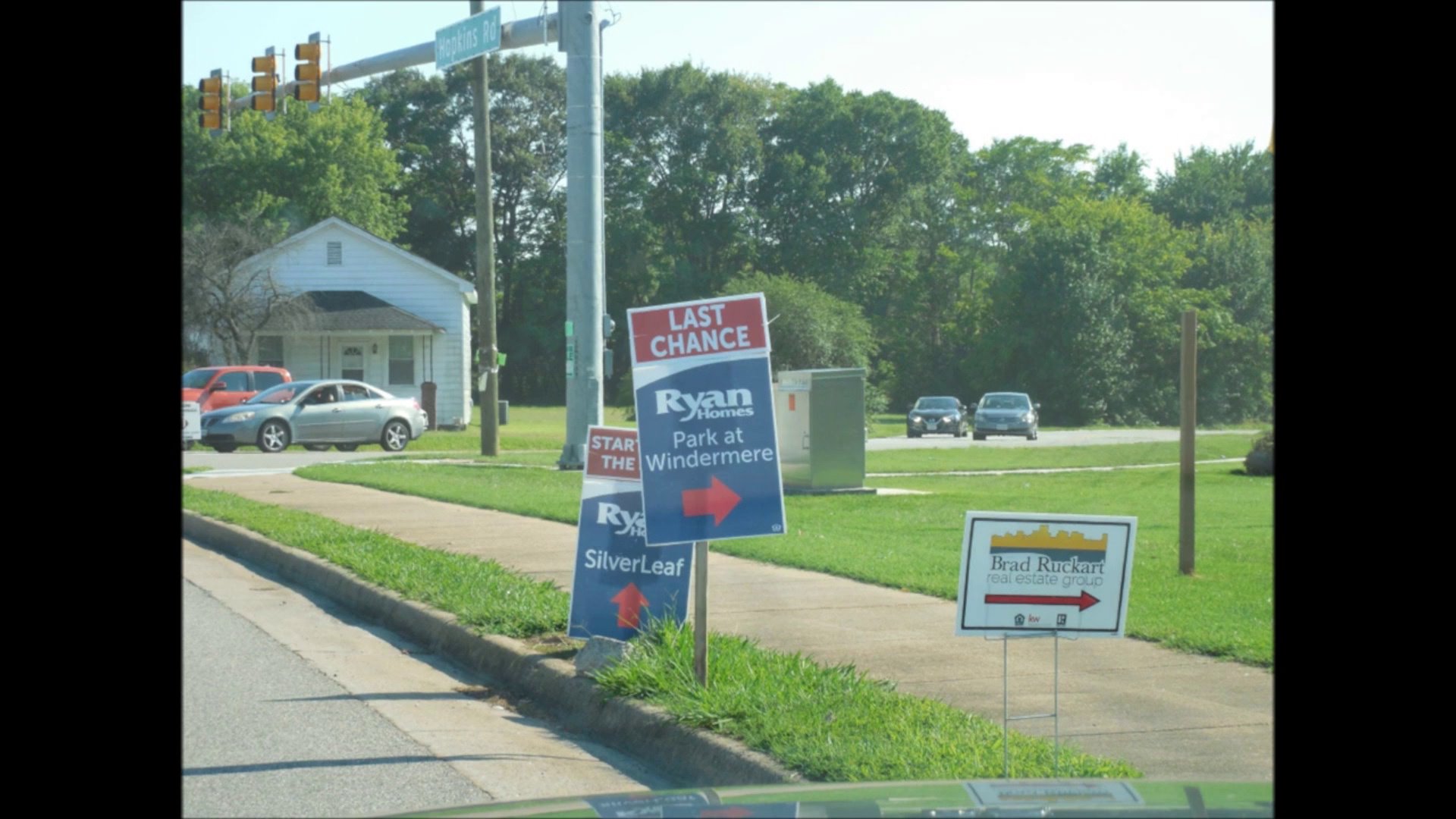