RICHMOND, Va. -- No one was injured after a bus with children on board crashed into a day care facility on Richmond's Southside Thursday afternoon.

The crash happened at the Imani Learning Center in the 7500 block of Forest Hill Avenue around 4:20 p.m.

Officials said the day care bus driver was in the process of parking the vehicle in front of the building when he or she "accidentally" accelerated.

Then the bus crossed the sidewalk and slammed into the building, breaking a window. 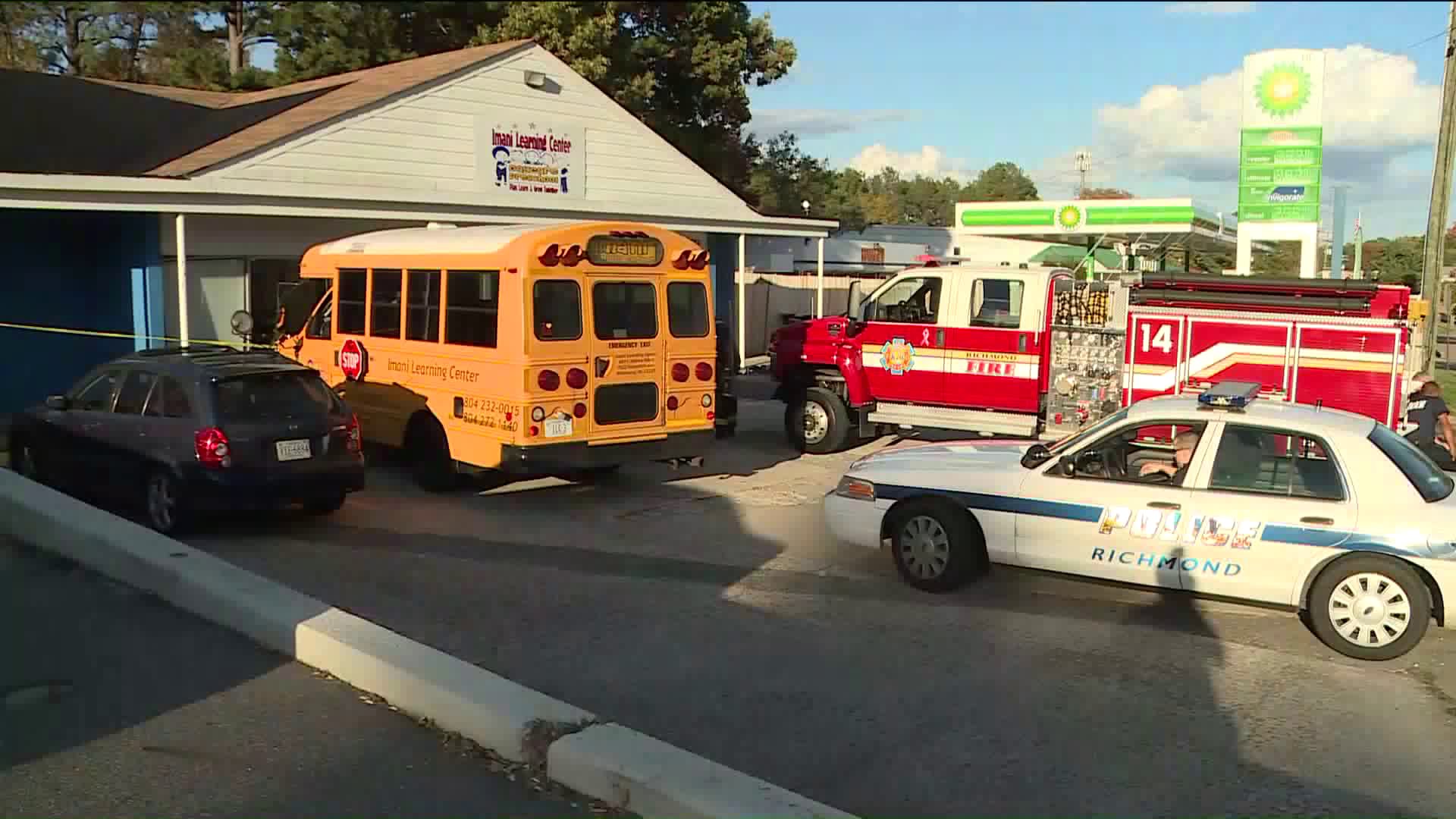 Police said the children on board the bus and inside school were not injured.

"It's more than I thought it would be," said parent Francina Simmons, "but it's not as bad as it could've been."

She received a text from the daycare about the incident.

"They took good care of the kids," Simmons added. "So, I knew that she was okay."

There has been no word yet on whether the driver will face any charges.

Police are investigating what caused the crash.

WTVR CBS 6 News has crews headed to the scene. Stay with WTVR.com and watch CBS 6 News starting at 5 p.m. for real-time updates on this developing story. Anyone with more information can submit a news tip here.