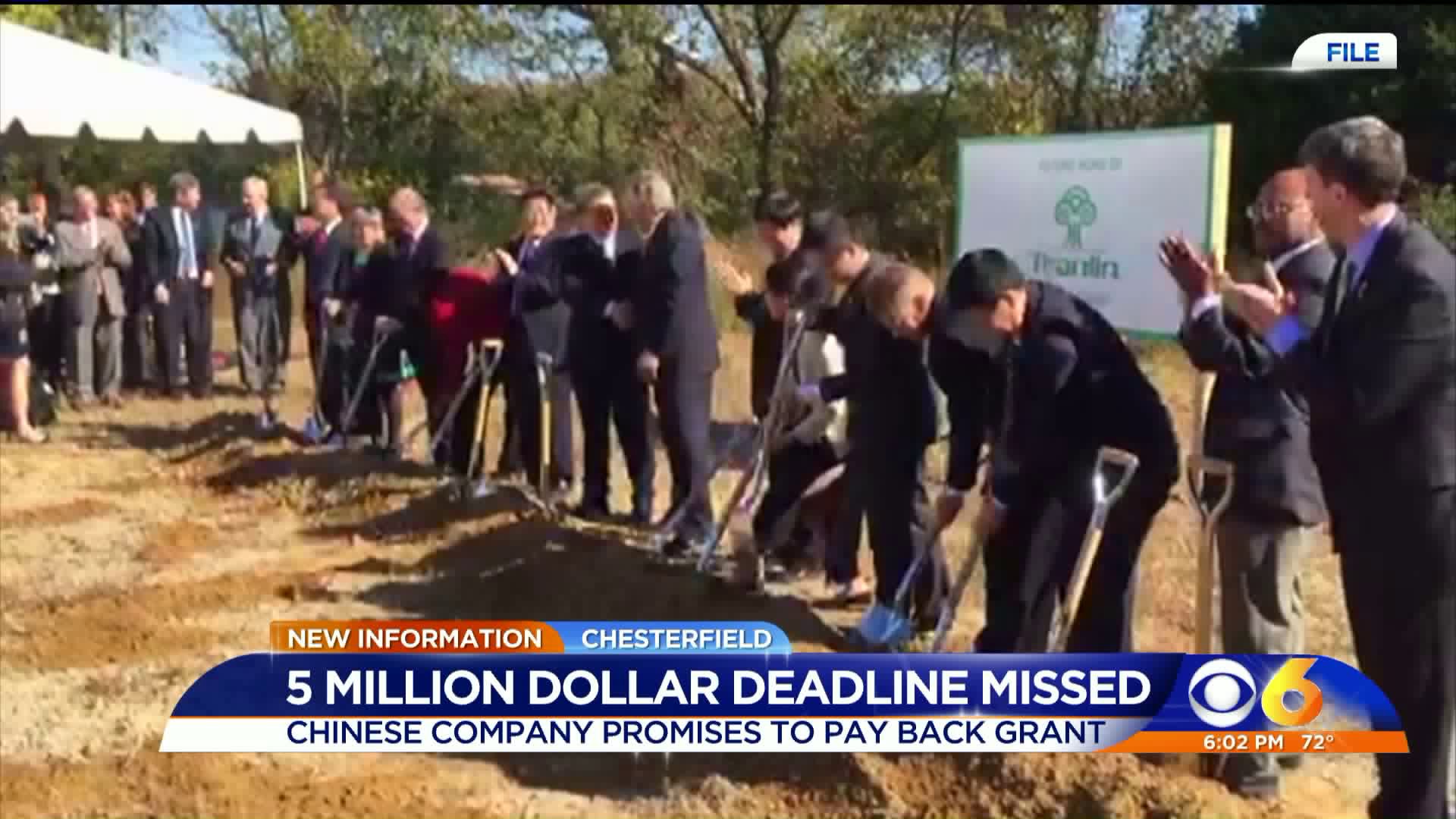 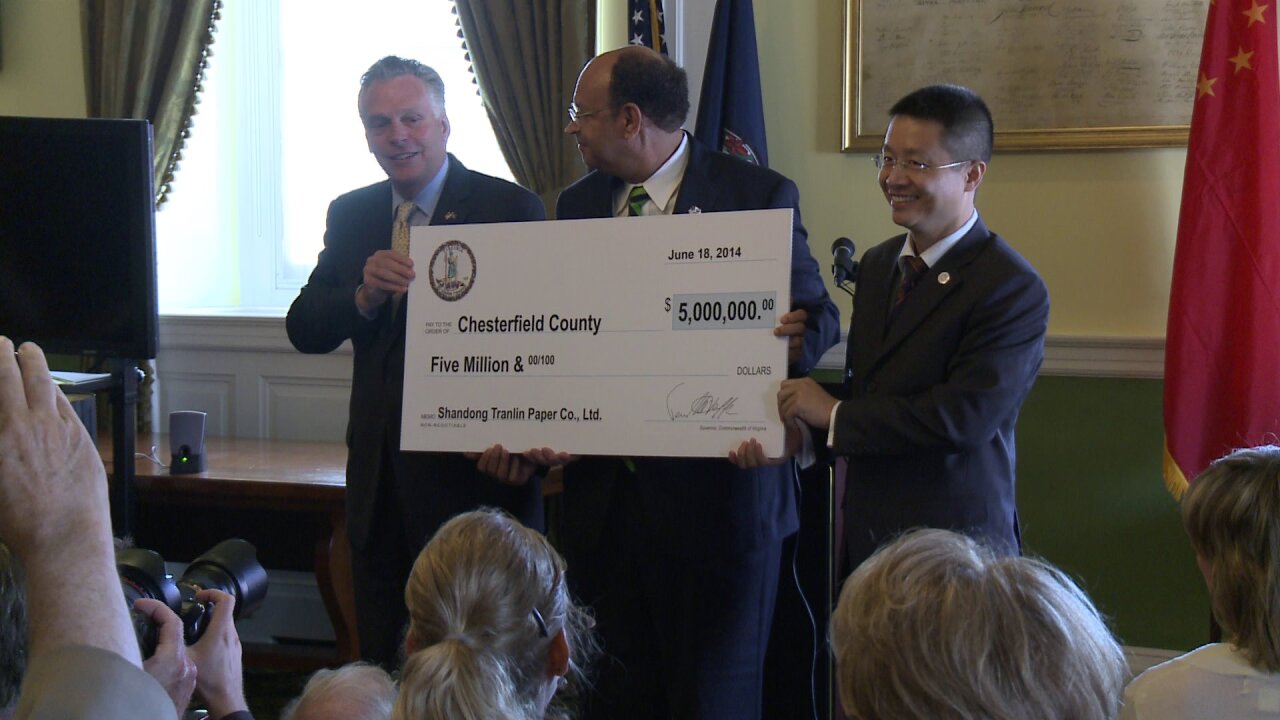 More than three years after the governor's June 2014 jobs announcement, the Chinese company has yet to "begin construction or apply for necessary permits," the Washington Post reported.

Gov. McAuliffe with Tranlin officials in 2014.

The state gave Shandong Tranlin Paper Co. an October 24 deadline to repay the $5 million incentive grant it received to expand into Central Virginia.  Instead, the company made a $150,000 initial payment.

"The company has stated it will repay the Commonwealth despite the delay," Stephen Moret, President and CEO, Virginia Economic Development Partnership, said.

Moret, who said the Virginia Economic Development Partnership was "very disappointed" about Shandong Tranlin Paper Co. missing the deadline, added it pledged to repay the remaining balance, with 10 percent annualized interest. Those payments, made in six equal monthly installments, would begin December 1.

"As a sign of its good faith to meet the repayment obligation, Tranlin is granting VEDP a first-position lien on the company’s property in Chesterfield that was purchased for approximately $3.2 million," Moret said. "Protecting the bulk of the Commonwealth’s repayment amount, this lien will be executed as soon as possible. The lien will be released only after the company has fully reimbursed the Commonwealth, with interest, for the $5 million incentive grant that it has committed to repay."

Shandong Tranlin Paper Co. has its U.S. headquarters in Charlottesville.

"Company executives have repeatedly communicated to VEDP that they remain interested in developing a substantial manufacturing facility in Virginia, the details of which would be determined at a later date," Moret said.