Before the initial fire call brought firefighters to the area of West Bank Street and North Adams Street, nearby workers tried to fight the fire themselves.

"I came out of the shop and I smelled fire. I looked across the street and seen they'd been working on something in the floor and it evidently caught on fire," one witness said. "Next thing I know the whole floor was on fire."

"We came over the fire extinguishers but it was almost too late," he added. 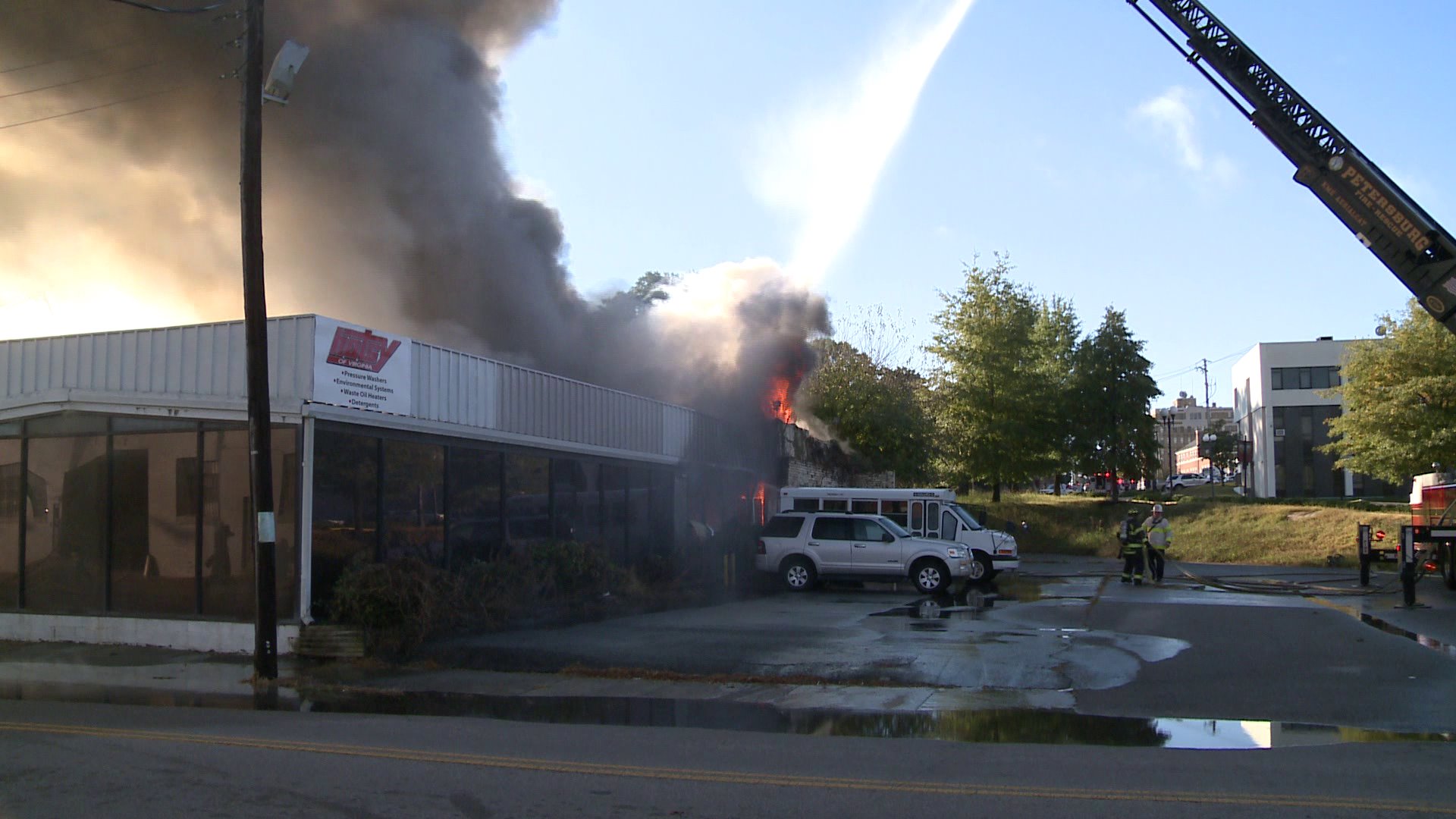 Hotsy sells, rents, and repairs pressure washers, according to the businesses website.

Multiple explosions were heard from inside the building as firefighters worked to put out the fire.

Smoke from the fire was visible from Colonial Heights and Interstate 95.