RICHMOND, Va. -- Police are requesting the public's help in looking for the vandal responsible for spray painting the Jefferson Davis statue on Monument Avenue in Richmond.

For the second night in a row, crews removed paint from the Confederate statue.

The words “Racist ban KKK” were written on the statue in red paint.

Police reported that officers were patrolling near the Jefferson Davis monument shortly after 10:45 p.m Tuesday and observed no damage to the statue.

About 30 minutes later, officers discovered the graffiti on the front of the monument.

The incident came one day after the word “racist” was written on the statue sometime late Monday night or early Tuesday morning. 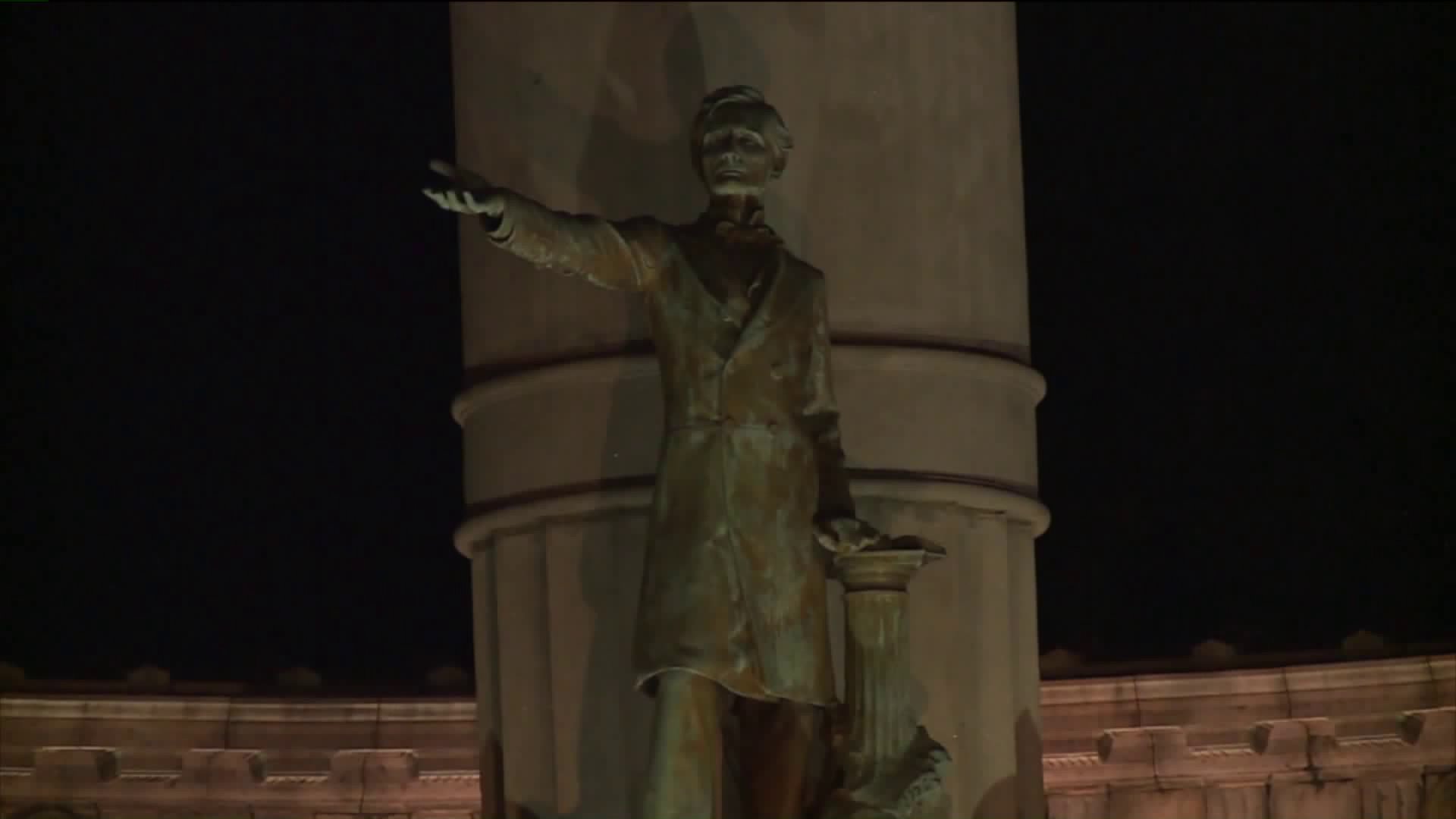 "I don't think that's the best way to get your point across," said Leslie Lytle, who lives near the monument.

After the first incident, police said they would add extra patrols around the monument.

"I suspect it will happen again if the [vandal is] motivated enough, but I also suspect that you know there's going to be police monitoring these monuments more so in the future," Steve Lahaye said. "Someone clearly has a message to send that's for sure."

The city of Richmond is in the midst of discussions on what to do with the Confederate monuments.

As some cities and states opted to remove their Confederate statues in recent months, Richmond's mayor Levar Stoney has formed a commission to discuss the issue.

Last month, a small, out-of-state, pro-Confederate group rallied near the statue to Confederate General Robert E. Lee in an effort to save the city's Confederate monuments from possible removal. A much larger group of people held a counter-rally to decry what they considered to be messages of hate from the pro-Confederates.