PETERSBURG, Va. – A Petersburg firefighter is trying to extinguish negative perception of the city and ignite a campaign that spreads love.

There are eight signs so far, some with themes that include breast cancer, autism awareness, Special Olympics and peace.

"The message is that when you're coming in to the City, bring LOVE, when you leave, leave with the message of LOVE,” said Crystal Gillison,

Gillison lives in Richmond and works in Petersburg. 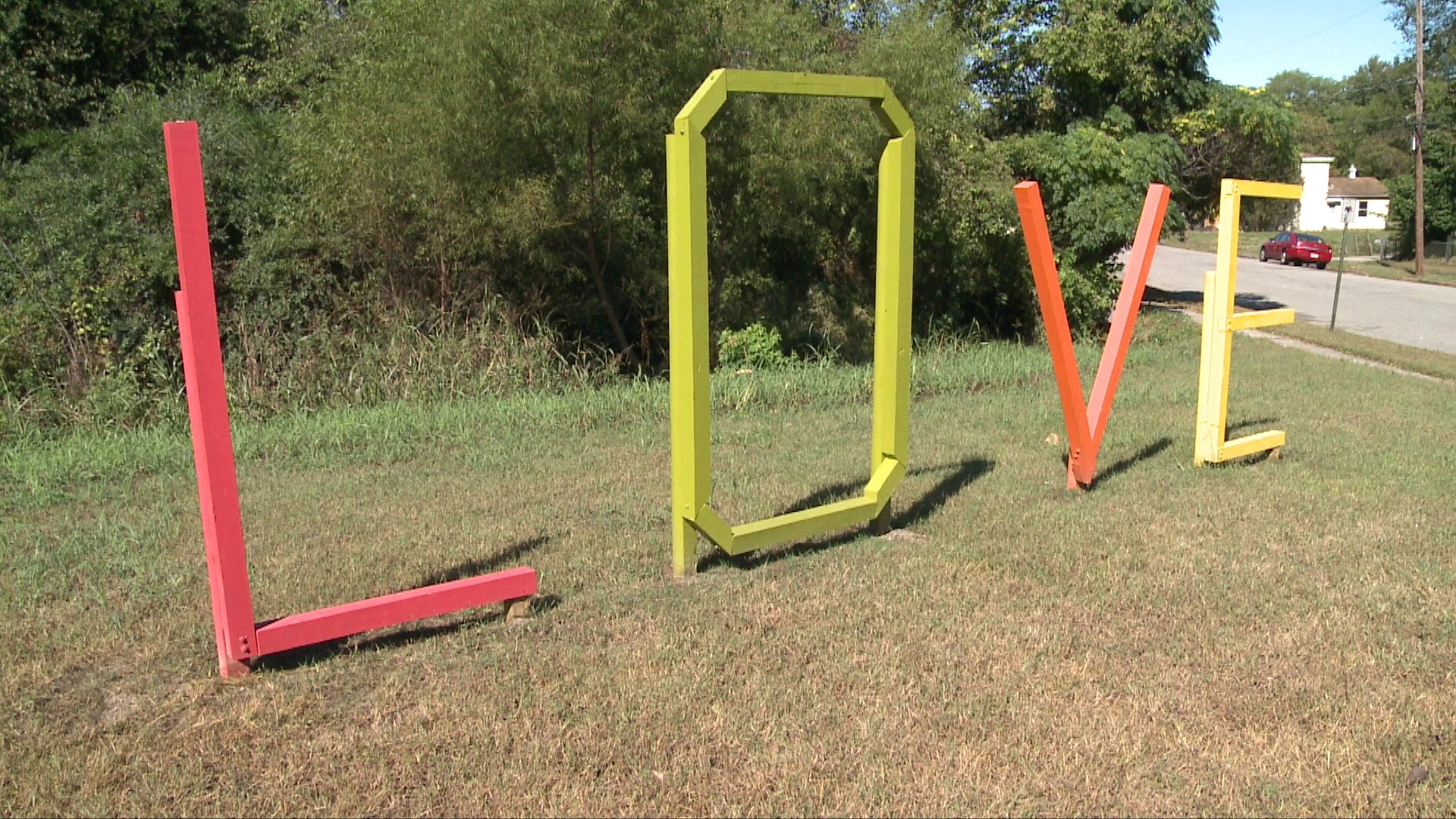 "When I get off the highway and I see the LOVE Sign, it changes my perception, whatever is on my mind coming to work, as soon as I get off on the exit of the highway, it changes everything for the rest of my day,” she said.

Johnson wants to spread love and get people to focus on the positive.

"Love can overcome anything,” he said. "We want people to understand Petersburg is not all about negativity, there's a lot of LOVE here."

One of the signs is at the site of where four generations lost their lives, and was made for the surviving family members..

“They have our support; they really do,” Johnson said.

"I think it's good for Petersburg, a positive message is good for any City,” said David Walwer, Petersburg business owner.

"I think the gentleman whose doing it, he's bringing love back to our city, that's one of the things we're taught in the Bible is to love our neighbors, so I think it's great energy for the city,” said Darrin Hill, Petersburg City Council Member.

Johnson says he has three more signs he would like to put up, their themes would include protecting the elderly, lupus and diabetes.