At least 230 people were killed in a double car bomb blast in the Somali capital of Mogadishu, Sen. Abshir Mohamed Ahmed said Sunday.

The senator cited conversations with hospital officials as the source of the updated death toll in Saturday’s deadly attack.

The first explosion destroyed dozens of stalls and the popular Safari Hotel in the heart of the city.

Footage from the scene showed damaged buildings and a burning truck at the first blast site. A large white building had collapsed into a pile of rubble and other structures appeared blackened and destroyed.

Qatar’s Embassy was also damaged, according to a statement from its Ministry of Foreign Affairs. The embassy’s charge d’affaires suffered minor injuries, the statement said. 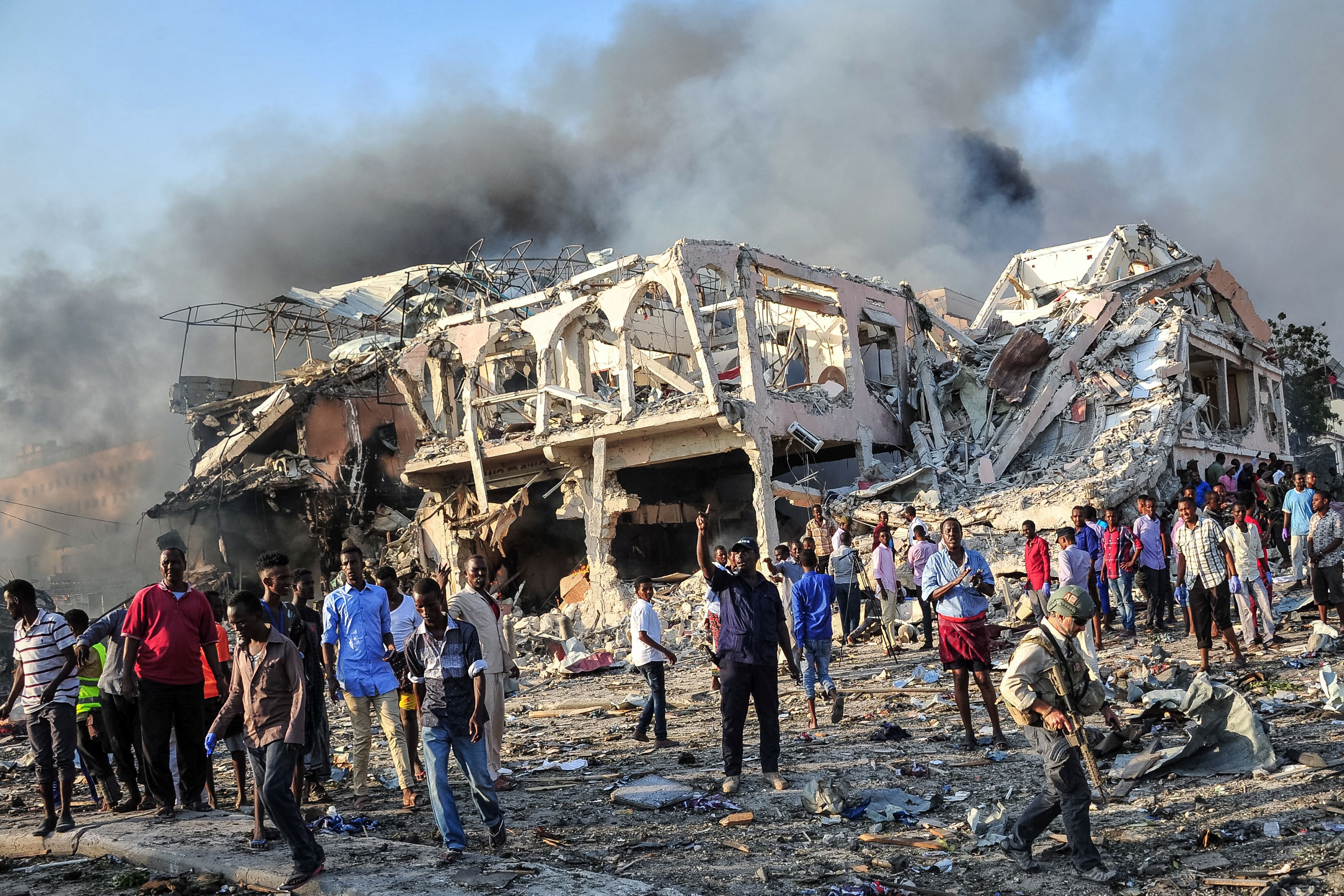 Minutes after the first blast, a second vehicle bomb went off in the nearby Madina district.

There have been no claims of responsibility.

Security forces had been tipped off about the vehicle carrying explosives and were pursuing it in the busy K5 district of the city when the explosion happened, said Col. Ahmed Hassan of the Mogadishu police.

Other videos from the scene posted on social media showed a huge plume of black smoke rising from the blast site.

The UK ambassador to Somalia, David Concar, tweeted that the blast was audible from inside the British Embassy. He also posted a video clip showing thick, dark smoke on the skyline.

Michael Keating, special representative of the United Nations secretary-general for Somalia, said he was appalled by the death toll and the scope of the destruction.

“The perpetrators struck a densely populated neighborhood of Mogadishu. They have killed an unprecedented number of civilians. It is a revolting attack both in terms of its intent and impact,” he said.

Mogadishu, a large city on the east African nation’s coast, has endured high levels of violence for years. Al-Shabaab, an al Qaeda-linked terror group, has carried out several deadly car bomb attacks in the city.

The country is in the midst of a severe drought, and 3.1 million people are threatened by famine because of the food shortages and violence, according to reports from the United Nations this year.