Roan back on his feet after serious accident: ‘I thought he died in my arms twice’ 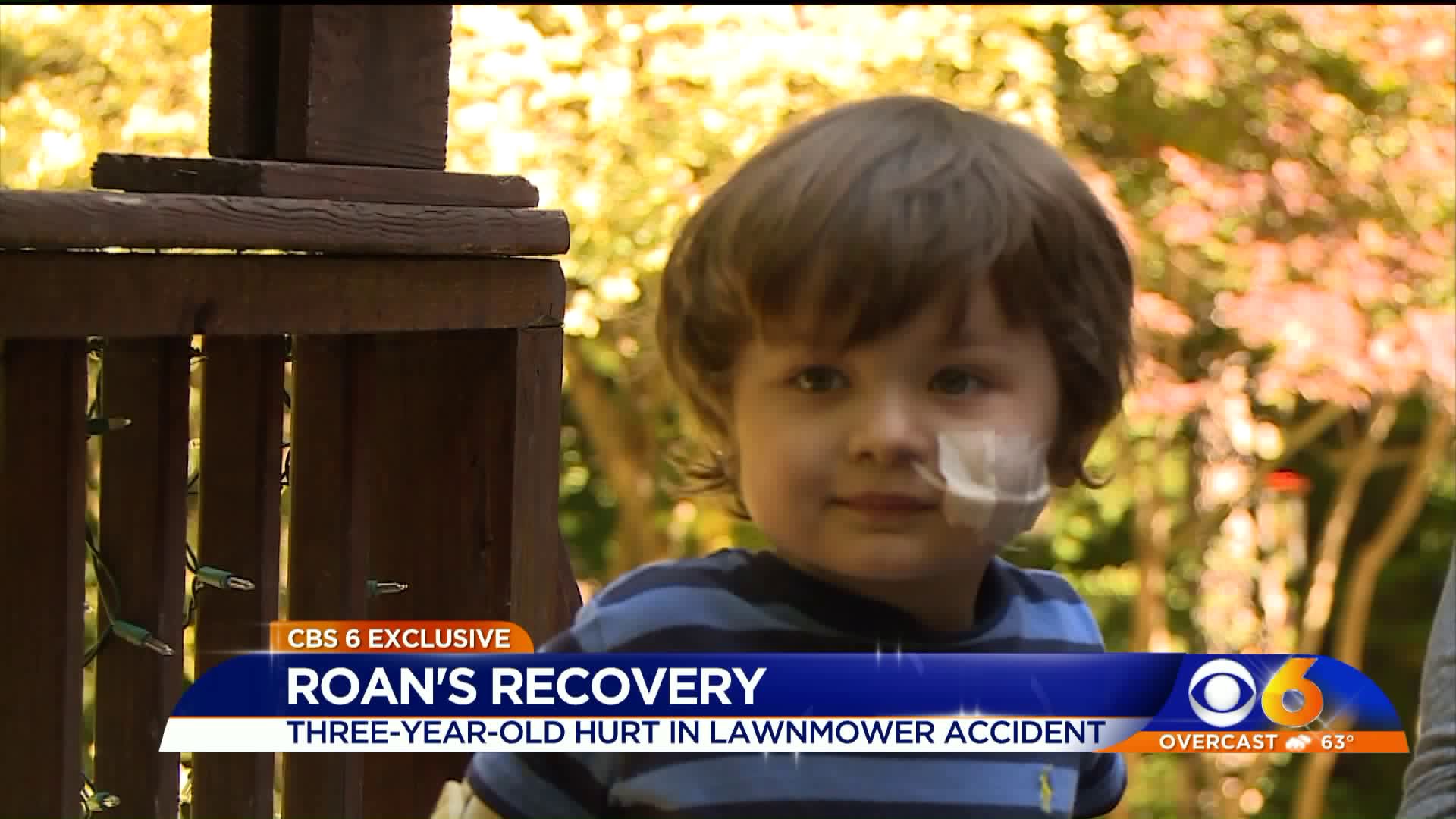 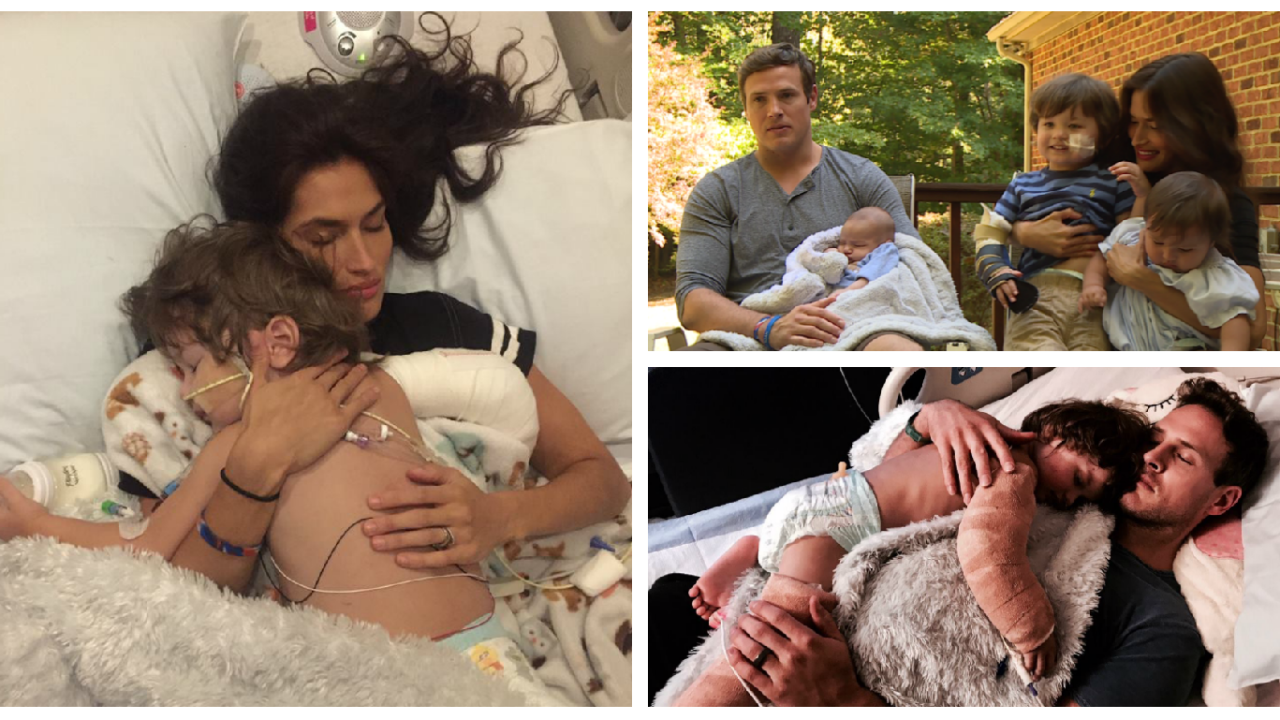 POWHATAN, Va. -- Life for three-year-old Roan Sullivan and his parents, Sean and Melissa, is finally getting back to normal at their Powhatan home.

Back on July 24, the family was enjoying a warm day outside. Roan was riding on a lawnmower with his father, an activity they loved doing together.

"That used to be one of our favorite things to do," Sean said. "Roan used to love riding on my lap. Never thought twice about it.”

Then Melissa took Roan's younger sister inside and Roan followed.

"As soon as he went in, I carried on thinking he would just stay inside," recalled Sean. "I was looking behind me towards the house, thinking I would see him if he came out."

"As I was putting her to sleep, he ran back outside and Sean didn’t see him," Melissa said.

Roan slipped out of the family house and into the yard. Sean put his mower in reverse and accidentally ran over his son.

"It was a sight that no mother or father should ever see. It looked like he had stepped on a bomb or something," Melissa said.

In complete shock, the Sullivans drove their little boy to the Bon Secours St. Francis Watkins Centre nearby.

"We didn’t even put our shoes on, we didn’t even have our cellphones or anything," Melissa said. "We didn’t think we had time for an ambulance to come out."

Roan's condition was getting worse by the minute.

"He was within seconds I think of us losing him in the car," Sean said.

"I thought he died in my arms twice," Melissa said. "The only words I could say the whole time were god help us, and just no… like no, no, no. This can’t be real."

Doctors at the emergency clinic were able to stop the bleeding, but they were not equipped for the trauma. Roan's injuries were so severe that paramedics then had to rush him to VCU Medical Center.

"I believe the paramedics who came to pick him up definitely saved his life," Sean said. "If any one thing went differently that day, it would have been a different story."

Roan remained in intensive care for the next five weeks.

"Every day was less and less tubes," Sean said. "He got happier and happier, more and more surgeries. It became more apparent that he would keep his hand."

Doctors had to amputate his right foot, but they were able to save his right arm and hand.

"He absolutely is a little fighter and he’s as tough as they come," Sean said.

Within the last week, Roan received a brand new custom boot and is finally walking on his own for the first time since the accident.

"All his surgeons, all his doctors, his nurses. We definitely love them like family almost," said Sean.

The Sullivans remain grateful to those who have helped their son on his road to recovery. If you would like to support the family and help with Roan's medical bills, click here​ for link to their GoFundMe account.