Thousands have fled Puerto Rico in the three weeks since Hurricane Maria hit, but for the millions remaining the struggle for life’s basic necessities seems to be never-ending.

Many travel hours in search of food and bottled water, only to find empty shelves at most grocery stores.

Fuel shortages made it difficult to deliver food in the first days after the hurricane, forcing many stores to close. They have since reopened, but supplies of food remain low.

The food supply chain has emptied, and “resupplying it (will) take some time,” Manuel Reyes, vice president of the Puerto Rico Chamber of Marketing, Industry and Distribution of Food, told the TV station. 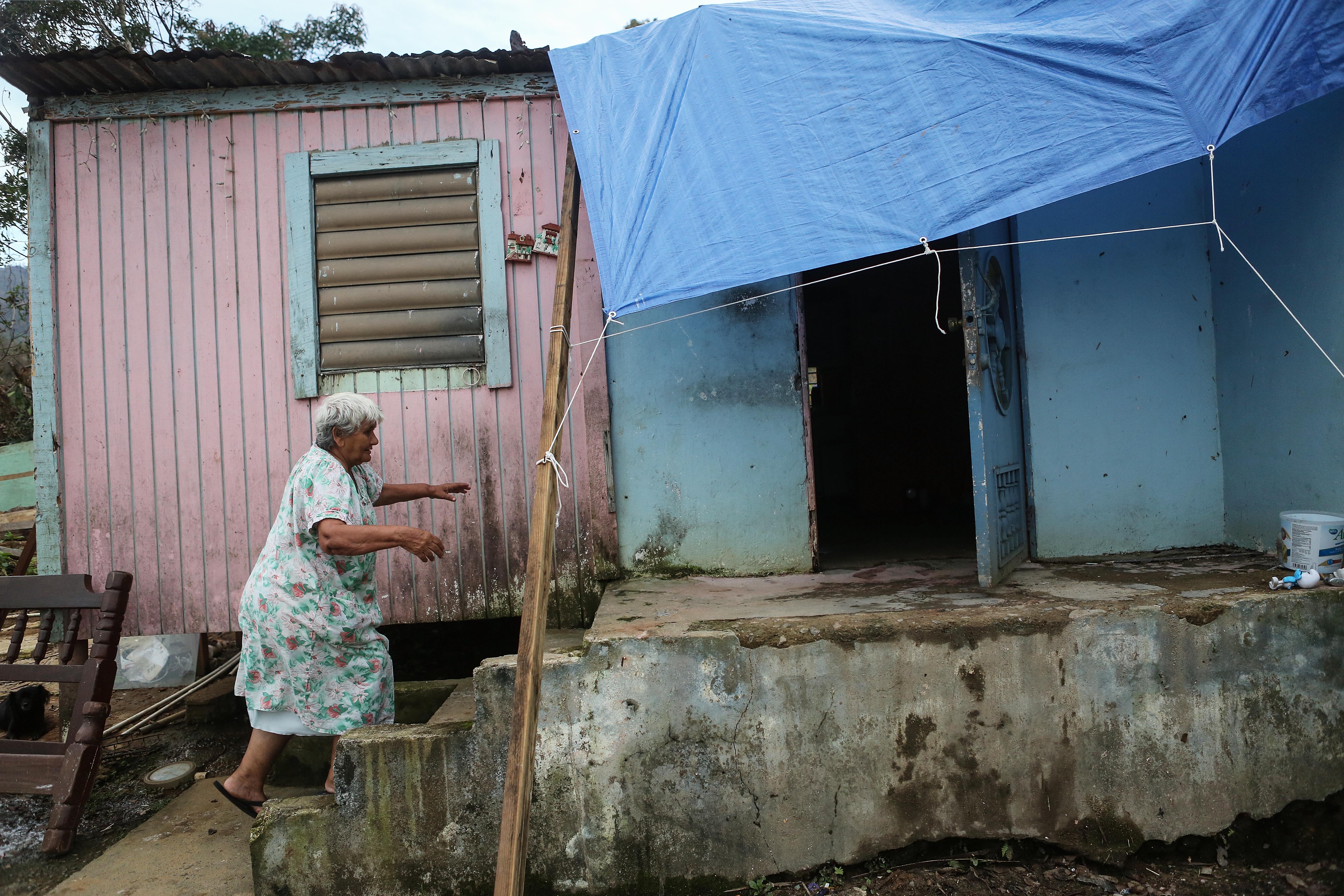 So far, Maria has claimed the lives of 45 people in Puerto Rico. That number may climb as 117 others remain unaccounted for.

The US Environmental Protection Agency has said some desperate Puerto Ricans are trying to break into wells at hazardous waste sites just to get water, even though it’s unsafe to drink.

This public health threat won’t be fully mitigated, the EPA said, until waterways and infrastructure are repaired and power is restored.

Two people have died of leptospirosis, a disease that spreads when the urine of infected animals gets into drinking water, according to San Juan Mayor Carmen Yulín Cruz.

Four deaths in the storm’s aftermath are being investigated as possible cases of leptospirosis, the US territory’s public security department said Friday.

Still no power, no water

Power outages and a shortage of drinking water have plagued the US commonwealth as well. Many communities remain cut off from the world, with no phone service and roads blocked.

Ninety-one percent of Puerto Ricans were without power Friday, rising from 83% the previous day. The Puerto Rico Electric Power Authority, or PREPA, attributed the increase in those without power to a failure in the “central system” without elaborating on what that means. There is no Internet, no way to get cell phones working, and limited ways to communicate or get information.

More than 1.2 million people are without potable water. Some people line up daily to fill up buckets with water from tank trucks, while others collect water from mountain streams.

What is the government doing?

The US House of Representatives approved a $36.5 billion disaster aid package Thursday for victims in Puerto Rico as well as resources for those in Texas, Florida and the US Virgin Islands still recovering from Hurricanes Maria, Irma and Harvey.

On Friday, House Speaker Paul Ryan will lead a bipartisan delegation visiting Puerto Rico, according to the speaker’s office.

Some 19,000 civilian and military personnel are supporting the federal relief mission, according to the Federal Emergency Management Agency.

The Army Corps of Engineers is installing power generators and temporary roofs to damaged structures.

This week, FEMA also approved a $70 million assistance package for the Puerto Rico Aqueduct and Sewer Authority for emergency repairs.

Cruz, the target of President Donald Trump’s ire after she complained about the federal response, told CNN on Thursday she doesn’t still have all the help she needs but that recovery has improved.

“Ever since last week when a new chain of communication was given to us by Homeland Security, accountability has improved and things are starting to improve,” Cruz said. “I can now see the light. Imagine the light at the end of the tunnel. I can’t see it yet, but I can imagine it.”

More than 36,000 Puerto Ricans have arrived in Florida since October 3, the state’s Division of Emergency Management said.

Representatives of FEMA and local charities as well as loved ones are welcoming evacuees at airports.

The state has set up disaster relief centers to help evacuees get medical attention, shelter, clothing and food.

Authorities have estimated that 100,000 Puerto Ricans will arrive in Florida in the storm’s aftermath, Ana Cruz, a coordinator with the Orlando’s Hispanic Office of Local Assistance, told CNN affiliate WKMG.

“I know what they’re going through. That’s why we’re here — to help, to assist and to guide,” Cruz said.

High unemployment, along with better job opportunities on the US mainland, already had pushed Puerto Ricans to pick up their bags and move, mainly to Florida and Texas, according to the Pew Research Center.

Florida schools are already seeing an influx of students.

At least 90 students have enrolled in Miami schools, while about 128 students have done so in the Fort Lauderdale area, CNN affiliate WPLG reported.

“They’ve been quickly adapting to our schools,” Miami-Dade County Public Schools Superintendent Alberto Carvalho told WPLG. “We are working to transition the kids into the South Florida community.”