Investigators said there's something unusual about the suspect that could help them track him down.

The way the man moves may be the clue that cracks the case. 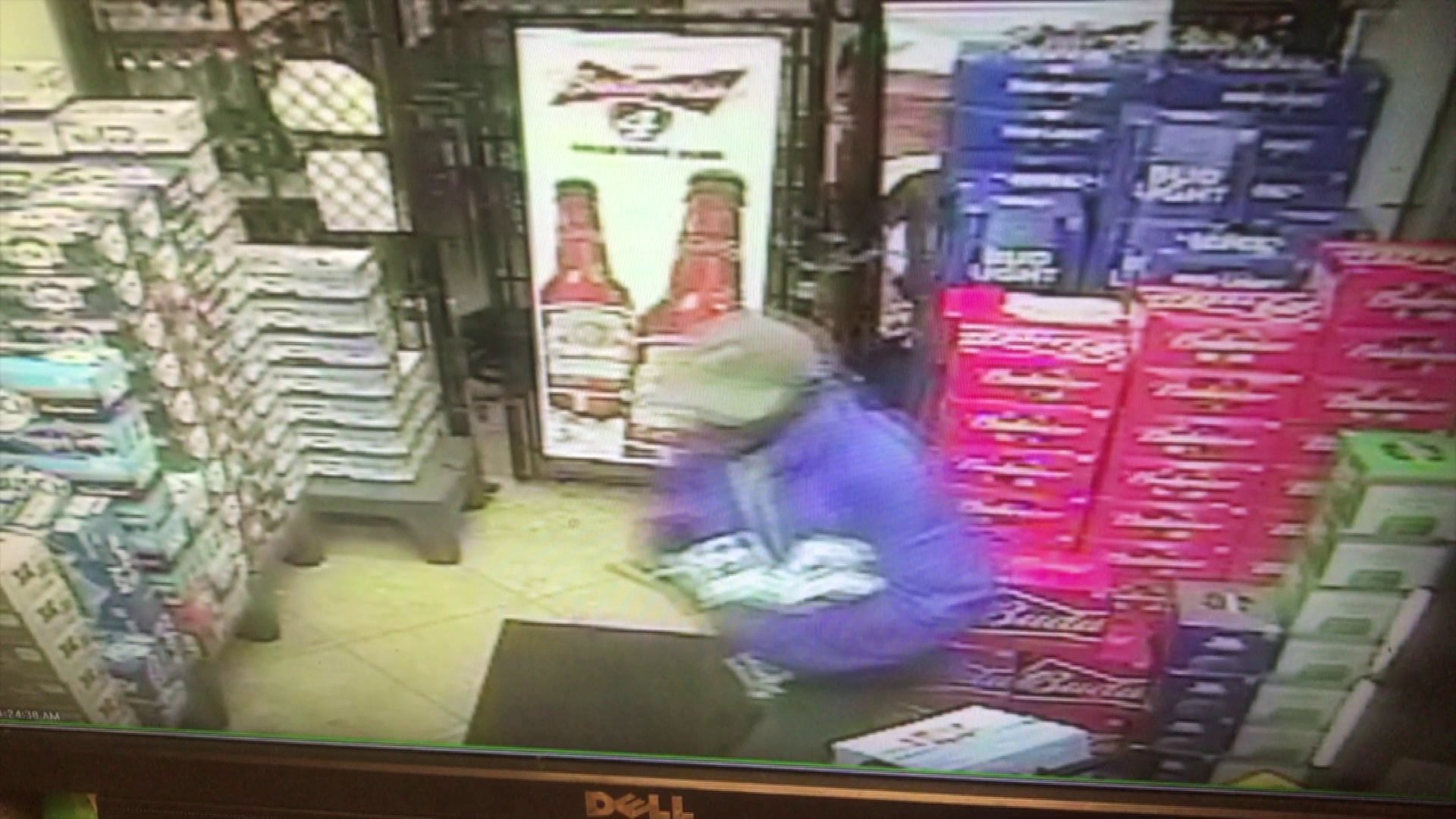 Deputies are asking the public to watch the surveillance video and take a close look at the suspect’s walk and what he is wearing.

Early Thursday morning, a man walked up to the Cedar Heart Market in northern Dinwiddie, took a crowbar out and smashed the door.

"In here with-in probably two-and-a-half minutes. In and out,” said Elisa Buffa, who owns and operates the store.

His first stop was the cash register.

"He attempted to get into the register first,” said Buffa. “When he couldn't, I guess he got frustrated and decided he wanted to take some cigarettes and beer."

Deputies say the man grabbed six cartons of Newport’s and two cases of Coors. He then went back out the door he smashed and left clues along the way.

"He dropped a carton on the sidewalk and a case of beer in the back lot,” Buffa said.

As the man left the convenience store property, deputies say the video clearly shows his jacket and his gait. They say the man may live nearby and may be known to those living in the area.

Buffa believes he may have cased the place beforehand, and decided to strike just an hour after they closed up shop Wednesday night.

If you recognize the man in the surveillance footage, deputies say contact the Dinwiddie County Sheriff’s Office or Petersburg Dinwiddie Crime Solvers at 804-861-1212.