RICHMOND, Va. -- A man is fighting for his life at VCU Medical Center after being stabbed in front of multiple Carytown businesses Friday night.

Police said around 7:53 p.m. they received a call for a man stabbed in the neck near the Kroger in Carytown. Police said the incident happened near the side walk, parking lot area in front of the Montana Gold Bread Company.

The incident stemmed from an argument between two men, police say. 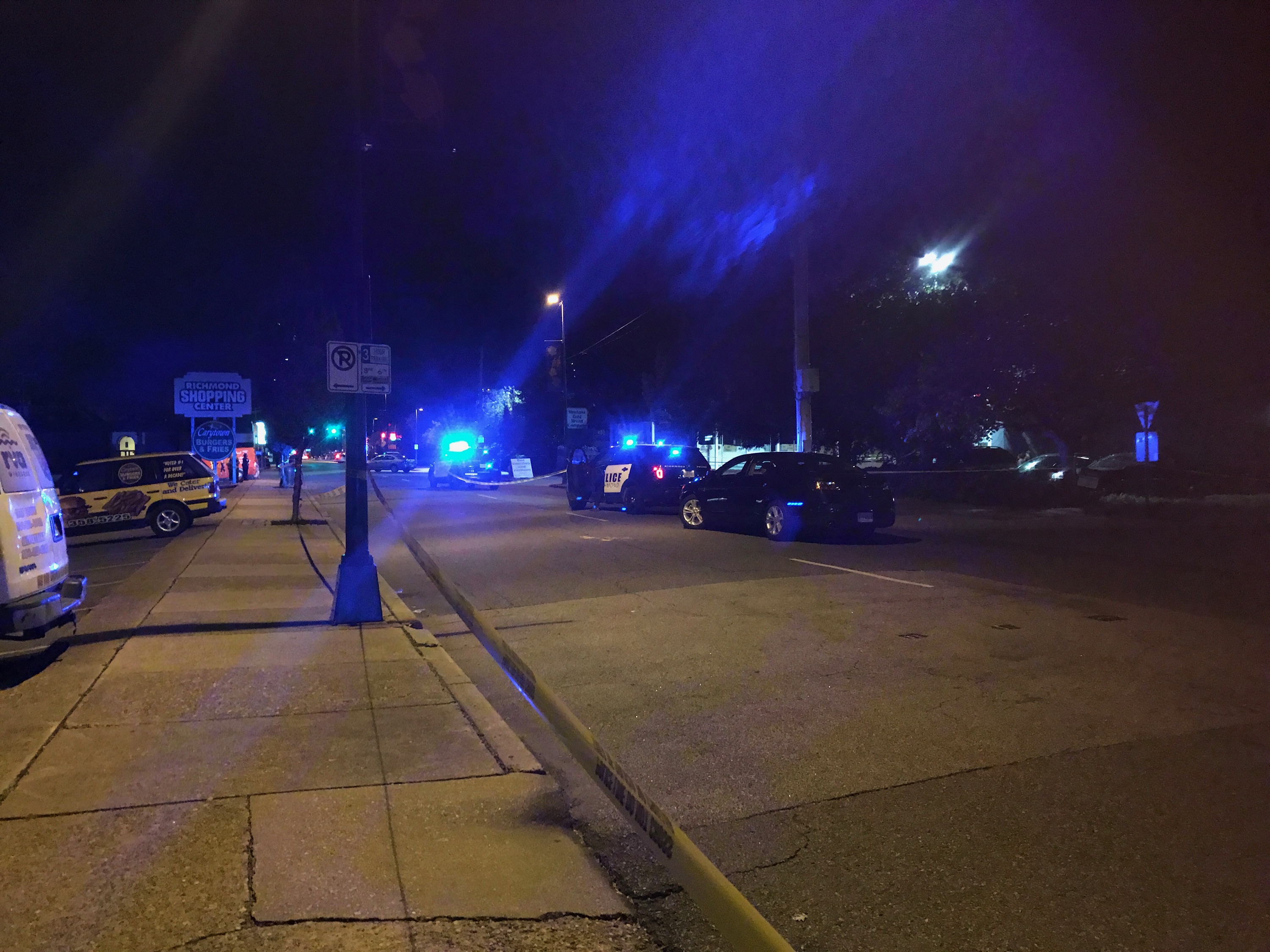 The victim was conscious, but transported to VCU Medical Center in critical condition. Police say his injuries are considered life-threatening.

A man walking down the street ran in to help the victim after the stabbing. He said he wrapped his shirt around the victim’s neck in a tourniquet.

That man was none other than former mayoral candidate Bobby Junes.

“He was holding his neck. He kept yelling ‘call an ambulance,’ and I kept seeing the blood dripping out of his neck… I said sir please calm down, please. He goes ‘I need your shirt,’ so I took my shirt off and then wrapped it around the guy’s neck,” said Junes, still covered in blood.

He was last seen running east on Cary St. toward downtown Richmond.