"They replaced multiple broken poles, mostly in alleys or backyards. They also helped restore power to a nursing home in four hours after a downed wire caused the residents to lose power," Dominion Energy spokesperson Rayhan Daudani said. "About 534,000 outages remain in Florida; at Irma's peak, on September 11, there were more than 7.8 million outages." 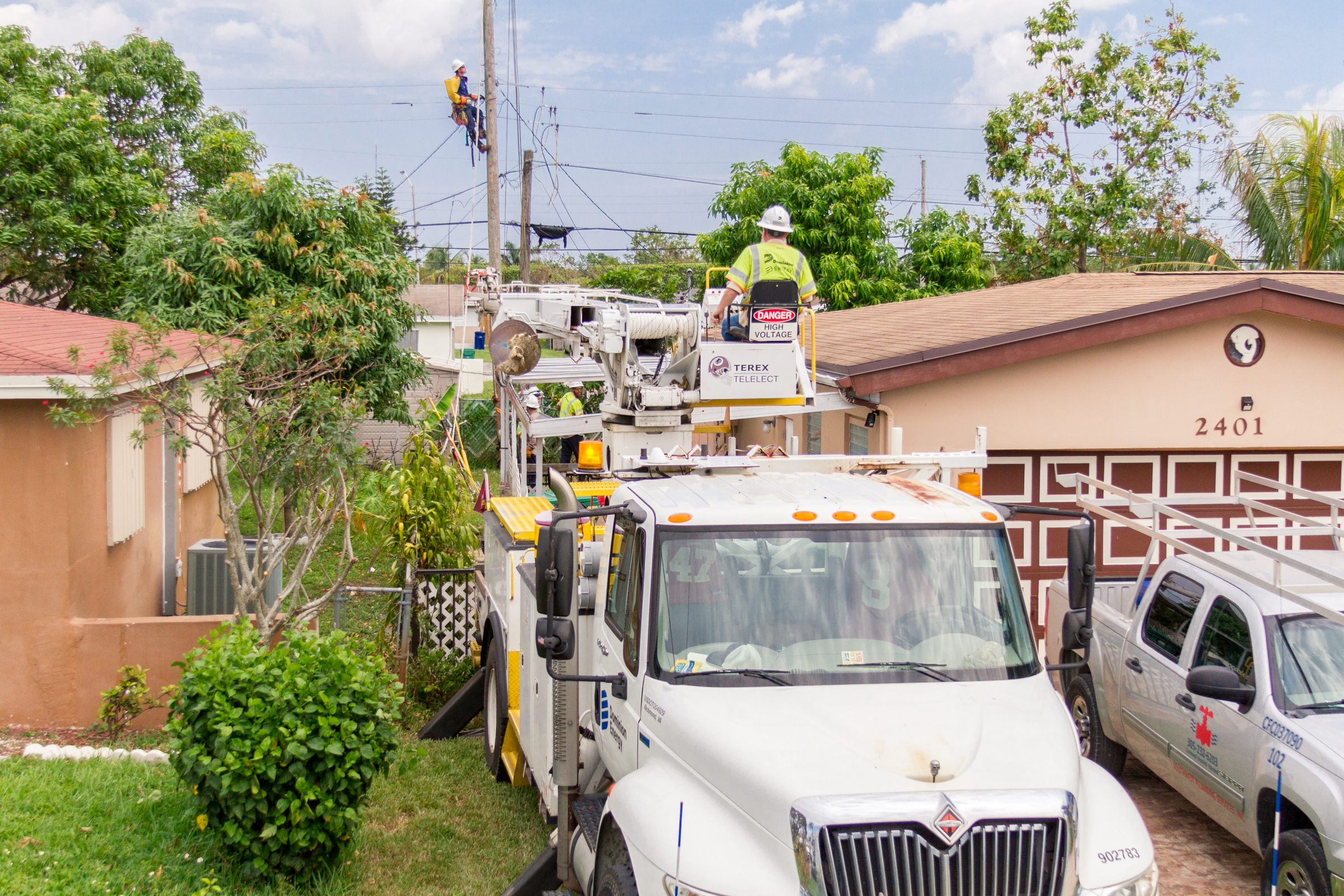 Residents of the Lower Florida Keys were finally allowed to return home Sunday morning, more than a week after they were forced to flee the wrath of Hurricane Irma.

Many have been waiting for local officials to tell them it was safe to come back.

Some have no idea what they're coming back to -- for all they know, their home and belongings are gone.

Elvira Vega told CNN her family's home on Marathon Key was "done" and she was nervous about returning. Her brother had stayed behind to ride out the storm and had sent Vega pictures of what was left of her family's house.

"My brother definitely said, 'Do not come home,'" she told CNN. "My sister got a phone call from her friend and said, 'If you don't need to, don't come home. It's a horrible scene,' they said. It's worse than pictures can show."

Now, Vega is left to grapple with the reality that she and her family have no home. And she's not alone -- the Federal Emergency Management Agency has estimated that 25% of the houses in the Florida Keys were destroyed by Irma.

"Coming home and explaining to my son that we no longer have a home, it's the hardest thing," she told CNN.

Last week, officials allowed residents to return to the Upper Keys, which were not as hard-hit by Irma as islands such as Marathon and Big Pine Key that lie further west.

Monroe County officials began letting residents head back to the lower Keys and Key West at 7:30 a.m. Sunday, but cars started lining up at the first of two checkpoints on the south Florida mainland around 11 p.m. Saturday, according to a Race Trac gas station attendant near the checkpoint.

Authorities have kept parts of the Keys closed until now because they were worried about what would happen when residents returned en masse to find they were without power or running water.

"The biggest concern is folks ... rush down and then realize they don't have a home they can live in and now they need a shelter," said Roman Gastesi, the Monroe County Administrator, on Friday. "And we don't have shelters right now. Do we open shelters? How many do we open?"

Keys Energy Services, which provides power to residents from Big Pine to Key West, was reporting Sunday morning that more than 11,000 residents were still without power, mostly on the far end of the archipelago, past Marathon.

Christopher Casto told CNN's Nick Valencia it was "ridiculous" how long he'd waited to be allowed back home. As Irma approached South Florida, he evacuated north to Wisconsin.

"We own houses down there. We have property down there," he said. "I've got a picture of my house with the door wide open. I have no clue who has been in that house."

Elvira Vega initially fled to Orlando and then waited in Tampa for the Keys to reopen.

Unlike Casto, Vega said she understood why local officials kept people from coming back to the Keys too soon.

'Very happy' to be going home

Sunil Sarkar and his family were displaced for 10 days, which was a long time to be away from home, he said.

"It's not vacation," Sarkar said. "It's for safe life and to save my family."

He told CNN that he's not completely sure what he's going to find when he returns home. His neighbor told him that the home was a "little bit messed up," he said.

But more than anything, Sarkar is just happy to be allowed to go home. "Right now, I'm very happy because I go back to home," he said. "I'm very, very happy."