RICHMOND, Va. -- Some of the people who live along or near Richmond’s iconic Monument Avenue do not plan on being home Saturday because of the expected protests near the statue of Confederate Gen. Robert E. Lee.

Behind a barricade in front of a home on Monument Avenue, Graham Shell and his girlfriend are planning their escape Friday.

“I’m leaving today or tonight,” Shell said. “I don't really want to be around for it.”

Kate Scott,  Shell's girlfriend, said the pair are planning to head to the Southside.

“[We’re going to] stay away from it and have our cars off the streets and everything after the Charlottesville protests,” she said. 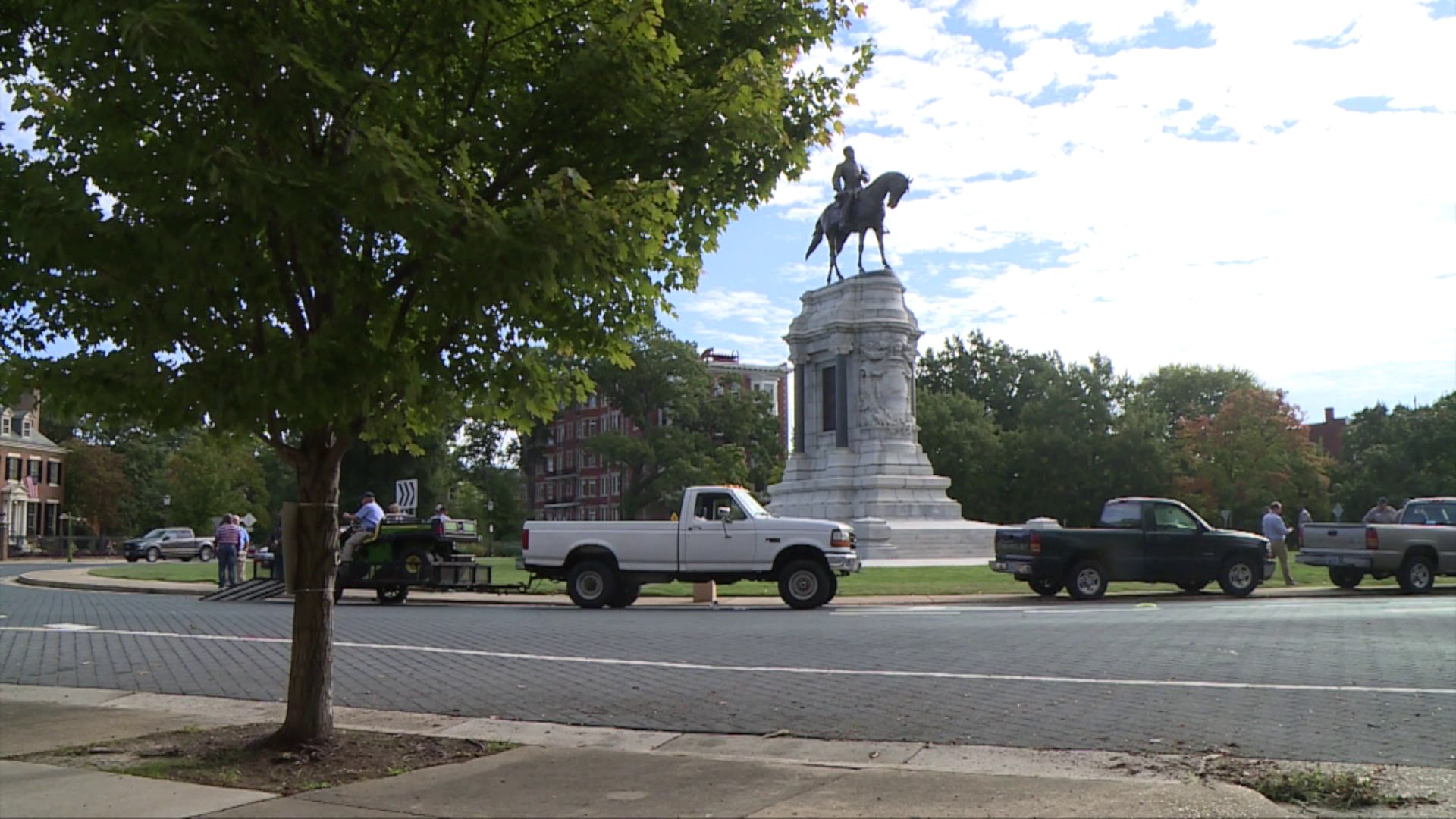 Preparations ahead of the unpermitted “Heritage Not Hate Rally” and expected counter-protests were in full swing Friday as crews added barricades and blocked off streets around the state-owned Lee monument. The city owns the other five monuments along the tree-lined avenue.

The out-of-town group holding the rally, CSA II: The New Confederate States of America, hopes their stand will help keep the monuments in a city that is now preparing for the worst.

“You don't know what could happen at these rallies, who may come out,” Nelson explained. “I think it's just best to stay away from it all because you have no idea what can turn out of it.”

And as hard as it was to cut through the yellow tape Friday, teacher Melody Imburg said the rally comes with living in a free society.

“People have the right to assemble and as much as we want to say, ‘Oh, don't let haters come.’” Imburg said. “If we stop the haters, who do we stop next?”

And while the couple on the front lines is not trying to prevent free speech, they fear what else could come of it.

“It’s scary, but I'm just praying that we don’t have to worry about our property,” Scott said.

Virginia Governor Terry McAuliffe had a strong message Friday for those groups headed to Monument.

"Come in, enjoy it, say whatever you want. I may not like what you’re saying, but you know what you have the right to do it,” said McAuliffe. “But you do not have the right to do violence and if you do something to hurt our citizens or our property we're going to arrest you."

McAuliffe also had a message for residents who may be in the area.

“I urge Virginians who have no reason to be in the vicinity of these protests to steer clear of the parts of Monument Avenue where it will be held so that law enforcement can perform the task of keeping people safe,” he added.

RELATED: A monumental history of squabbling over statues

HOLMBERG: Why Monument Avenue is safe as other cities remove Civil War statues

McAuliffe said he doesn't want a repeat of the violence during a white supremacist rally in support of Confederate monuments in Charlottesville last month.

He said he has been in contact with law enforcement officials all week and he believes they are prepared to handle this weekend's events.

“Several Virginia agencies, including the Virginia State Police and the Virginia Department of Emergency Management will be providing resources to the City of Richmond and coordinating with their counterparts in city government throughout the day as we all monitor this event,” he said.

What do you think? Would you stay or go if you lived on Monument Avenue? Weigh in on the WTVR CBS 6 Facebook page.