RICHMOND, Va. -- THE FBI is getting involved to help catch a man investigators consider a serial bank robber. Dubbed the "No Frills Bandit," the man has robbed three Central Virginia banks since July, investigators said.

He was described by police as a black male, approximately 5’11” to 6’2”, 200-225 pounds, heavy set, with facial hair resembling a scruffy beard; wearing a black shirt, jeans and a blue and green ball cap.

He is suspected of robbing a Union Bank and Trust on Morris Road in Spotsylvania, Virginia on July 24, 2017; a BB&T on Mechanicsville Turnpike in Mechanicsville on August 31, 2017; a Wells Fargo Bank on Staples Mill Road in Henrico on September 5, 2017.

"In each of these robberies [he] produced a demand note to the victim teller, and in two of the instances the note implied he had a weapon," a FBI spokesperson said. "The Richmond Division of the FBI is offering a reward of up to $5,000 for information that leads to the identification and conviction of this individual." 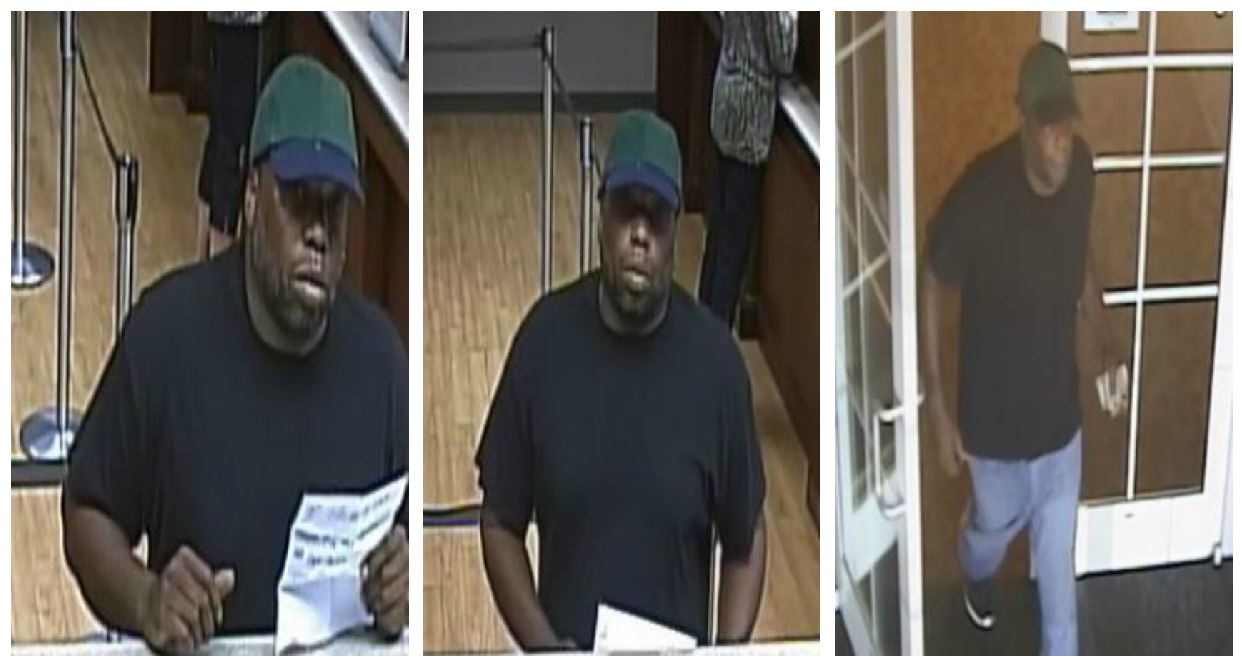