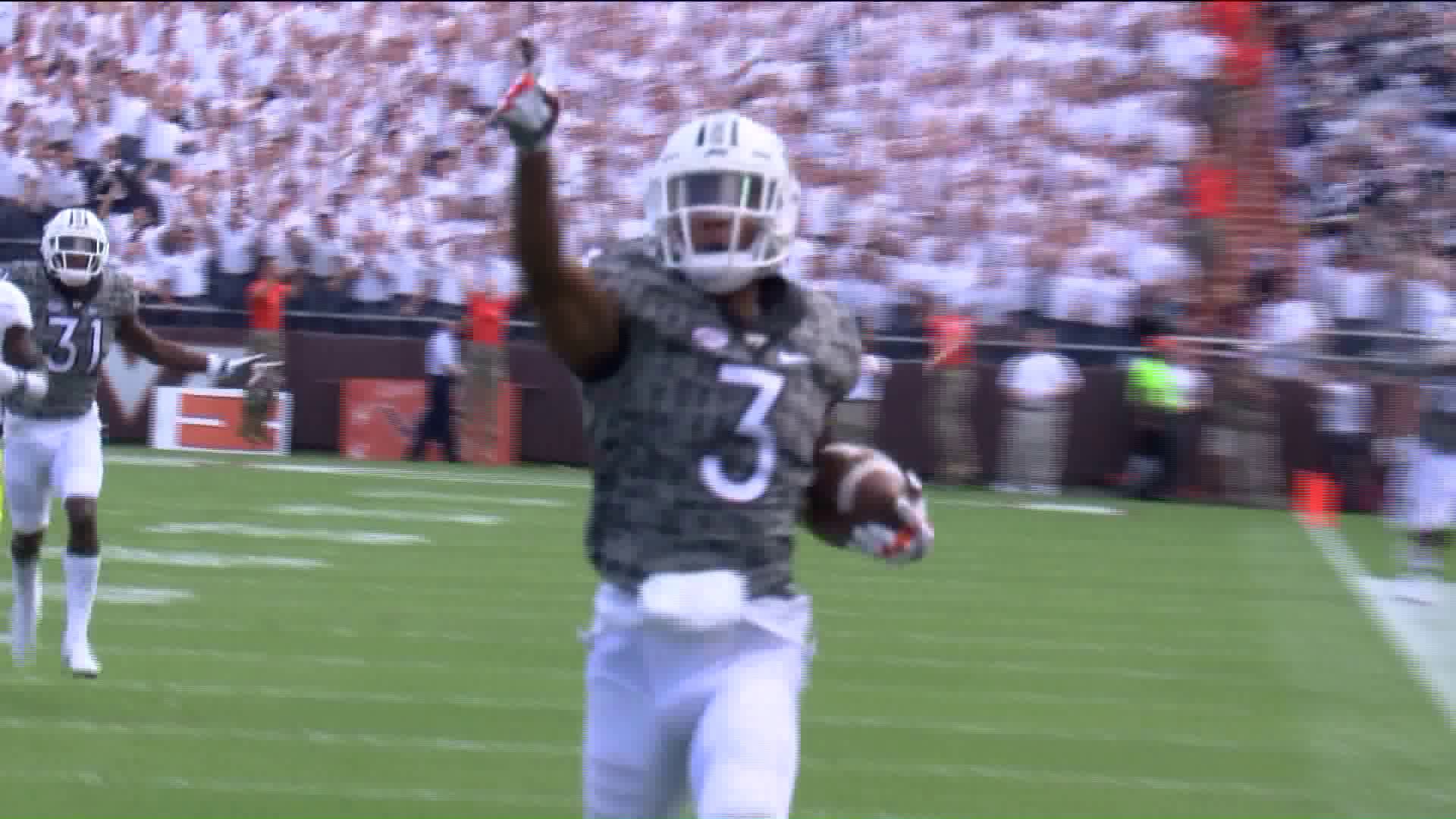 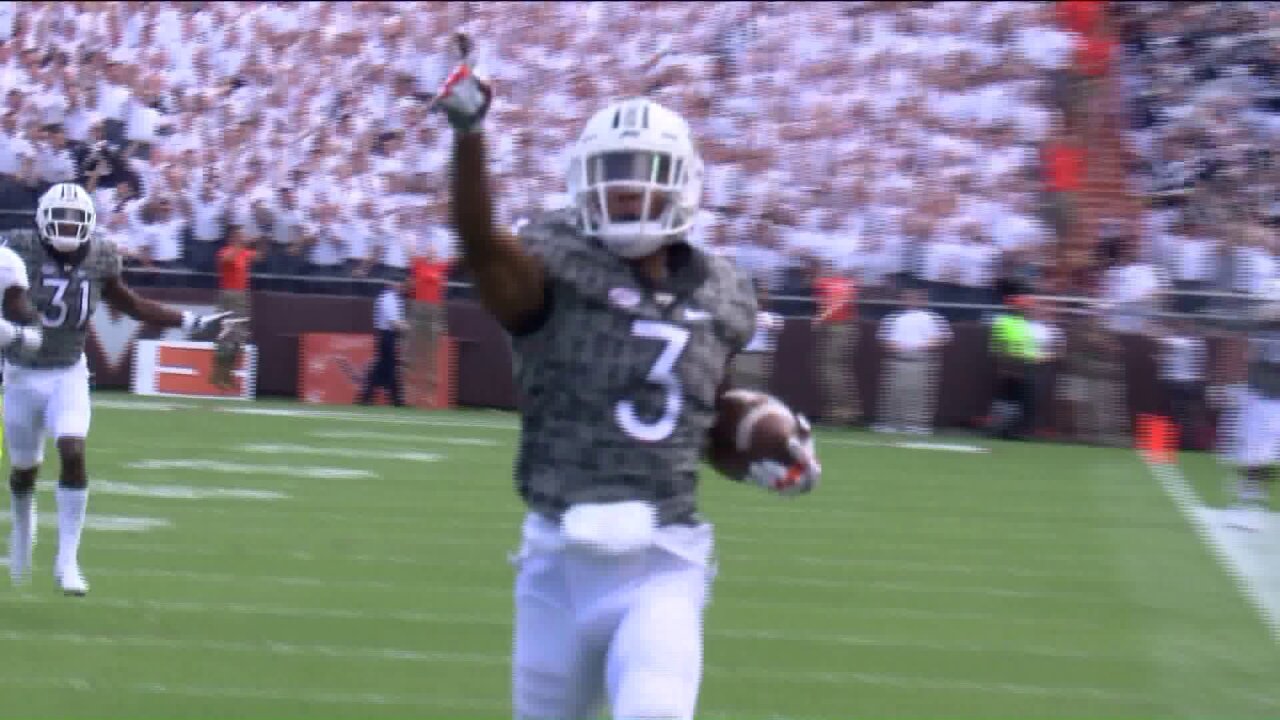 It was a busy Saturday of Football in and around the state.  In Blacksburg, Virginia Tech quarterback Josh Jackson threw two touchdowns in their 27-0 win over Delaware.

UVA was handed their first loss of the season by Indiana 34-17.

Griffin Trau's 27 yard field goal with under 90 seconds left gave Richmond their first win of the season, 20-17 over Colgate.

VSU beat Johnson C. Smith 44-6 behind 152 yards rushing and three touchdowns by running back Trent Cannon.  The Trojans are 2-0 on the season.

St. Christopher's defeated St. Stephen's St. Agnes 21-20 in overtime as they blocked an extra point attempt in the extra period.