RICHMOND, Va. -- Hurricane Irma hurtled through the Caribbean on Friday, leaving catastrophic damage in its wake as it closed in on Florida where it could slam into Miami this weekend. The storm barreled between southeastern Cuba and the Turks and Caicos Islands early Friday morning, and is expected to move westward toward central Cuba and the Bahamas.

Irma is expected to make a sharp turn and head towards Florida.

Since the turn is pivotal to where Irma ends up, there is still some variability of the forecast models:

The reason for this is due to various atmospheric factors influencing Irma's movement.  High pressure over the Atlantic has helped steer the storm so far.  Another area of high pressure will be located over the northeastern United States.  The position of that high will dictate where Irma goes.  If the high is slightly more west, Irma's track will be more east.  If the high moves more eastward, that will push Irma farther west. 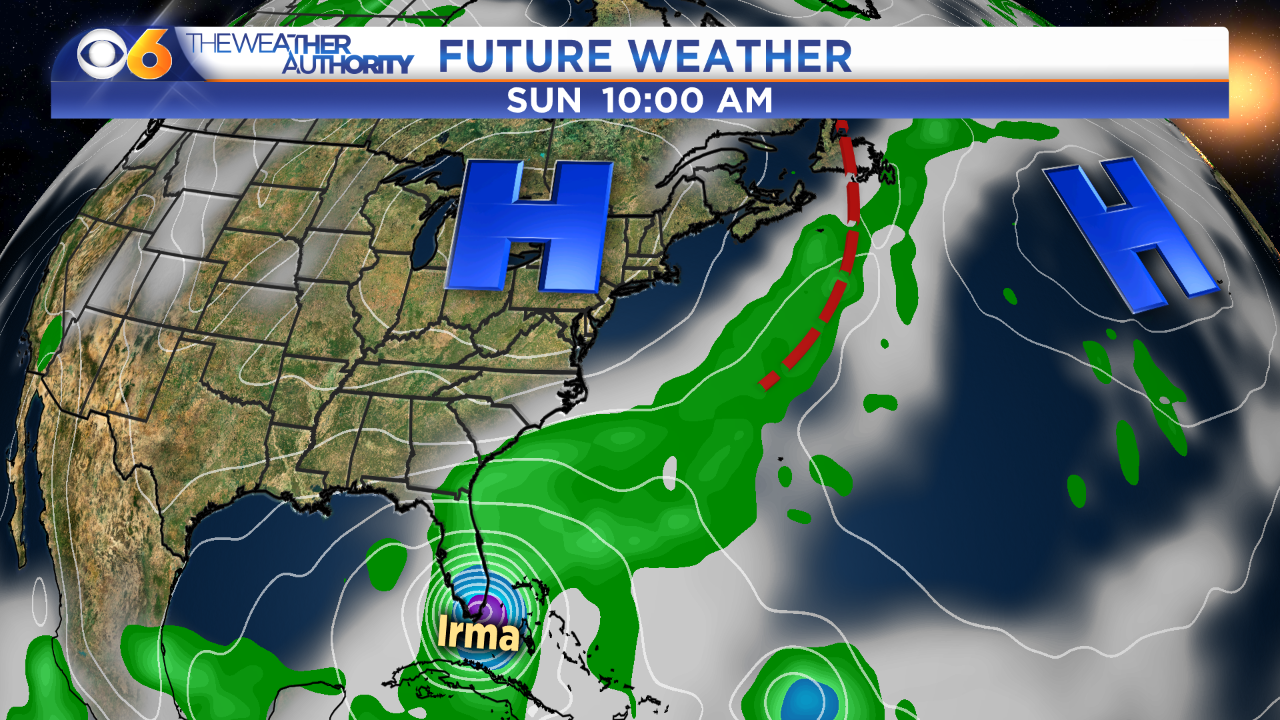 Once inland, wind speeds will decrease and the storm will weaken.  The center of Irma's remnants should pass to our southwest on Tuesday.

Rain chances and wind gusts will increase from south to north late Monday into Tuesday.  The highest gusts will be felt in the mountains, where gusts over 45 mph will be possible.  Gusts in other areas will likely stay below 40 mph.  There may be some minor coastal flooding.

The effects of Irma will be here from late Monday into late Tuesday.  This will not be a prolonged event, and our viewing area will just get grazed on the northeast side of the storm.  Rainfall totals may exceed 1 inch across central Virginia, and over 2 inches in southwestern Virginia.

If the storm's actual track brings it farther east, then our rain amounts and wind gusts will be higher.  If the storm tracks even more to the southwest, we will see very minimal impacts from the storm (rainfall under 1 inch, wind gusts below 35 mph).

There will be many refinements to the forecast over the next five days.  We will continue to post updates on our weather page.  More information about Irma's current conditions and track can be found in the CBS 6 Hurricane Tracker.