BOSTON, Mass. — Some oddly rainbow colored lobsters were on display at the New England Aquarium in Boston on Thursday.

A rare yellow lobster was donated to the aquarium this week by a seafood wholesaler in Salem, Mass.

It was caught by a Marblehead lobsterman and added to the collection of other colored lobsters, WSHM reported.

Some other lobsters are blue, orange, and one even has two colors – orange on one side and black on the other.

The yellow lobster will not be on exhibit for at least a month as it under goes quarantine, but other colored lobsters can be found at the aquarium hiding in the rocks among the exhibits of the Cold Marine Gallery.

The aquarium noted the chances of a yellow lobster is estimated to be 1 in 30 million in the wild. 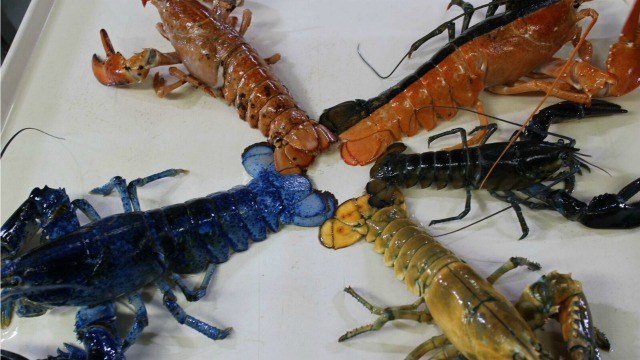