RICHMOND, Va. -- Many Virginians are stepping up to volunteer and do whatever they can to help in the Hurricane Harvey relief efforts, including a group of local cowboys.

They originally planned to head out to Texas later this week but because there is such a desperate need for help to help rescue horses and cattle they left ahead of schedule.

The group asked for donations to take with them, thinking they might be able to fill a trailer. However, they did not expect the overwhelming response they got from the community.

Warner is teaming up with former bull rider and rodeo cowboy Patrick McKann to make a difference in the Houston area.

“I got all this talent I’ve been given and it’s time to pay it forward,” McKann said. “If that happened here we would expect that from someone else.”

Warner decided to help out by offering up Champion Saddlery as drop off and pick up point for donations. 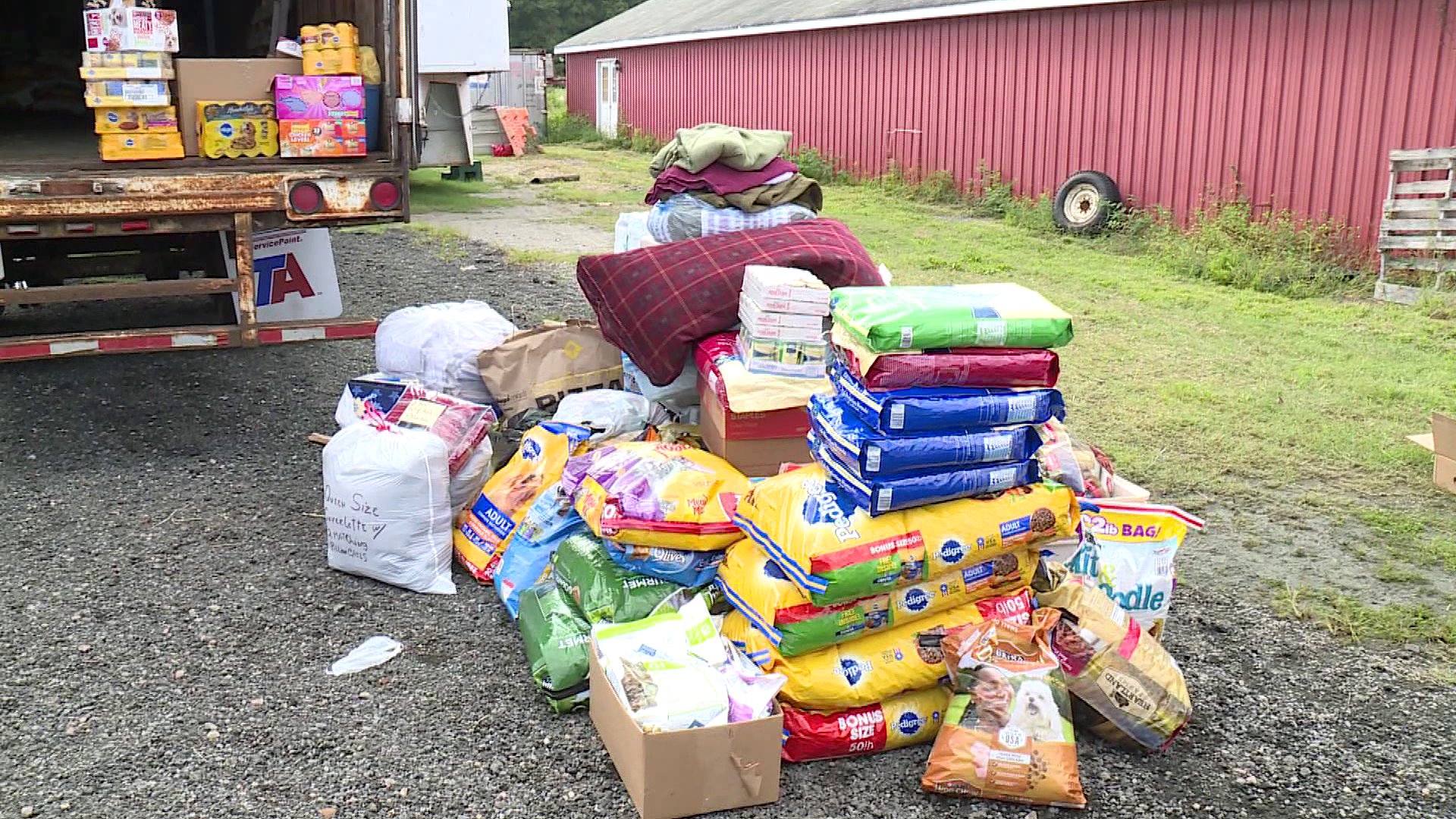 “We didn’t have any idea what to expect,” Warner said. “It’s a lot of good-hearted people out there and it really makes your heart feel good to see them work together.”

Generous people brought trucks full of feed, water, dog food, and medical supplies. Others stopped by and gave them whatever was in their wallet.

Warner had to find another trailer to make room for everything.

He said it is amazing to see how his neighbors are coming together to help those who you might not think about at first after a disaster.

“You gotta look out for your four-legged friends to you know,” Warner said. “A lady brought in a bag of goat feed because she figured ain’t nobody got goat feed.”

The group will continue accepting items at donation locations for as long as people keep stopping by to help. The following locations are currently accepting supplies:

The group is asking for medical supplies for horses, halters, leads, brushes, buckets, dog and cat food. They will also accept toiletries for families who had to leave everything behind during the flooding.
37.540725 -77.436048
Copyright 2022 Scripps Media, Inc. All rights reserved. This material may not be published, broadcast, rewritten, or redistributed.