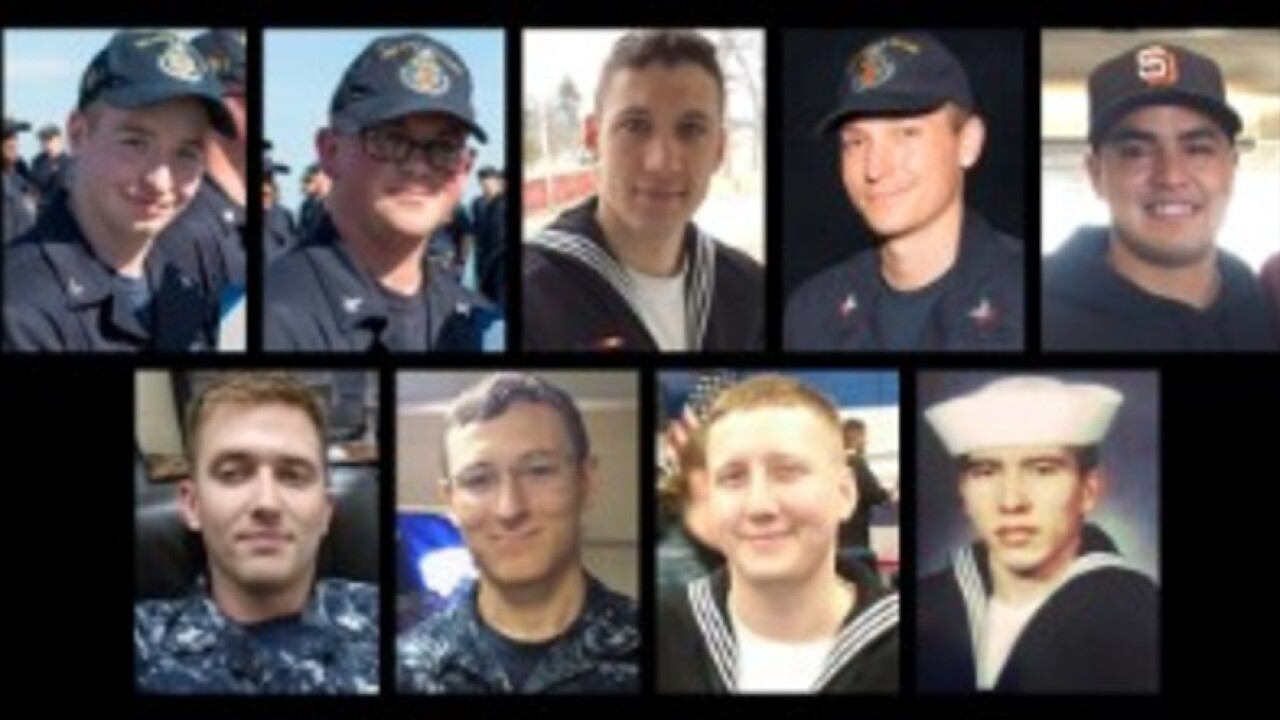 The US Navy has suspended its search-and-rescue operations for nine missing sailors after the collision between the US destroyer John S. McCain and an oil tanker near Singapore, the Navy announced Thursday.

A multinational 80-hour search effort was suspended Wednesday after covering a 2,100-square-mile area east of the Straits of Malacca and Singapore.

On Tuesday, Navy and Marine Corps divers found “some remains” of missing sailors in the sealed compartments aboard the McCain.

Divers will continue recovery efforts inside flooded compartments in the ship for the remaining missing sailors, despite the suspension of rescue efforts at sea. The Royal Malaysian Navy has located one body at sea and officials are working to determine whether it is one of the missing sailors, the service said. Divers have located others.

The guided-missile destroyer and the merchant vessel collided Monday east of the Malacca Strait, the fourth time a US warship has been involved in an accident in Asian waters this year.

The collision prompted the Navy to order a rare, one-day operational pause.

The White House on Wednesday expressed “great sadness” about the incident in a statement. “As the Navy begins the process of recovering our fallen sailors, our thoughts and prayers go out to their families and friends,” the statement said.

The sailors still missing were identified as: