Attendees at the packed meeting said they were upset that an August 12 "Unite the Right" rally was allowed to happen in their city.

Demonstrators stood near the dais and unfurled a large banner that read, "BLOOD ON YOUR HANDS." The meeting was briefly suspended.

It was after the rally, police said James Alex Fields Jr. rammed his car into a group demonstrating against the "Unite the Right" rally, killing Heather Heyer and injuring 19 others. Two Virginia state troopers were killed in a helicopter crash nearby after monitoring events.

Fields, 20, has been charged with second-degree murder and other offenses.

Speakers at the council meeting said police seemed to stand by as neo-Nazi marchers and other white nationalists demonstrated.

Before the meeting was suspended, the crowd was "called to order." Charlottesville Mayor Mike Signer said people who spoke out without being recognized would be removed.

"What's the alternative?" Signer asked. "For everybody to shout and scream?"

One woman had already been told she would be removed because of her outburst. 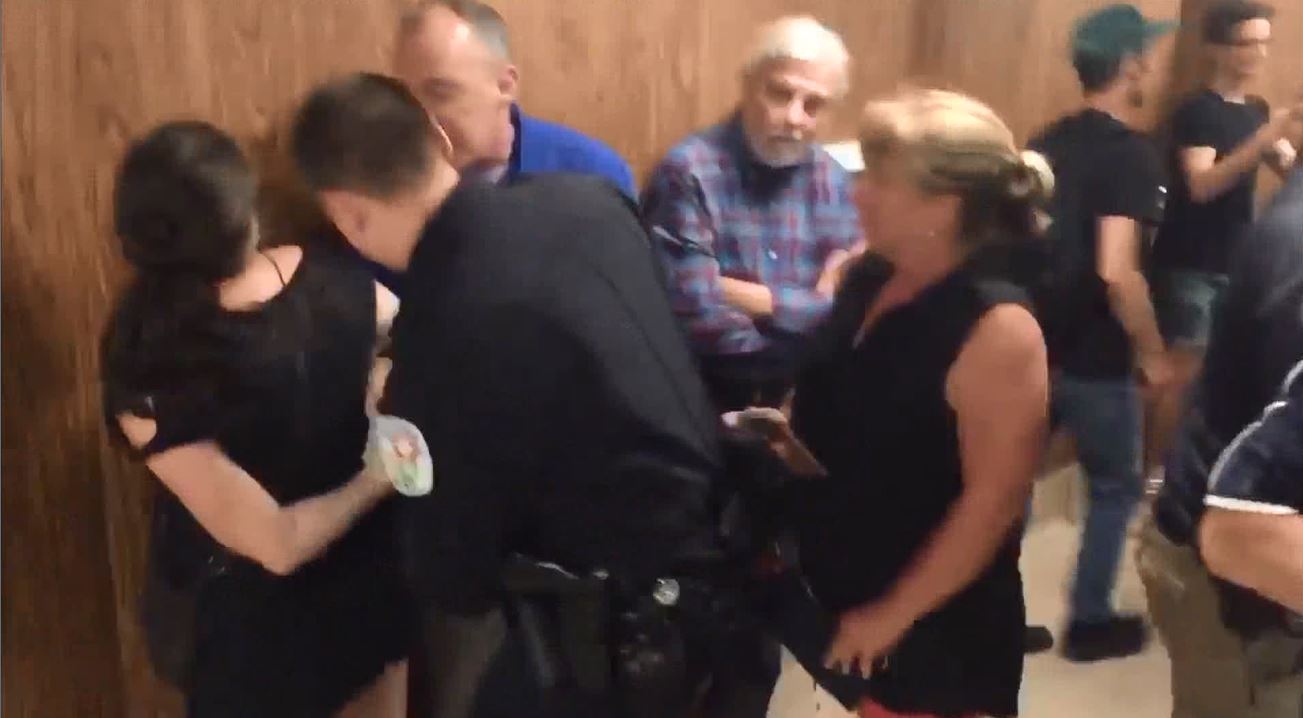 At that point, the council suspended the meeting and the members left the chamber.

They did return and even agreed to hear 300 people speak for one minute each.

“We know that you've dragged this city along to avoid responsibility making a decision on the statues,” one protester said directly to the mayor.  “You can stand on the side of justice now."

"You've created a monster and the villagers are storming the castle now,” another demonstrator said to Mayor Signer.  “That's what's happening here and you need to take control of this meeting.”

Following another confrontation, Mayor Signer gaveled the meeting to an end and left the room.

Vice Mayor Dr. Wes Bellamy then stepped in and led what continued as a make shift town hall.

City leaders will once again hear from the public later this week.  There is an official town hall meeting scheduled for Thursday night.