WASHINGTON — While Washington, DC, may not be experiencing the full totality of Monday’s solar eclipse, politicians are enjoying this rare phenomenon and sharing their experiences on social media.

President Donald Trump was back in Washington after his working vacation, and even though he could not see full totality from the nation’s capital, he watched the partial eclipse from the Truman Balcony at the White House, joined by first lady Melania Trump and their son, Barron. All three sported eclipse-approved glasses for safe viewing of the sun. 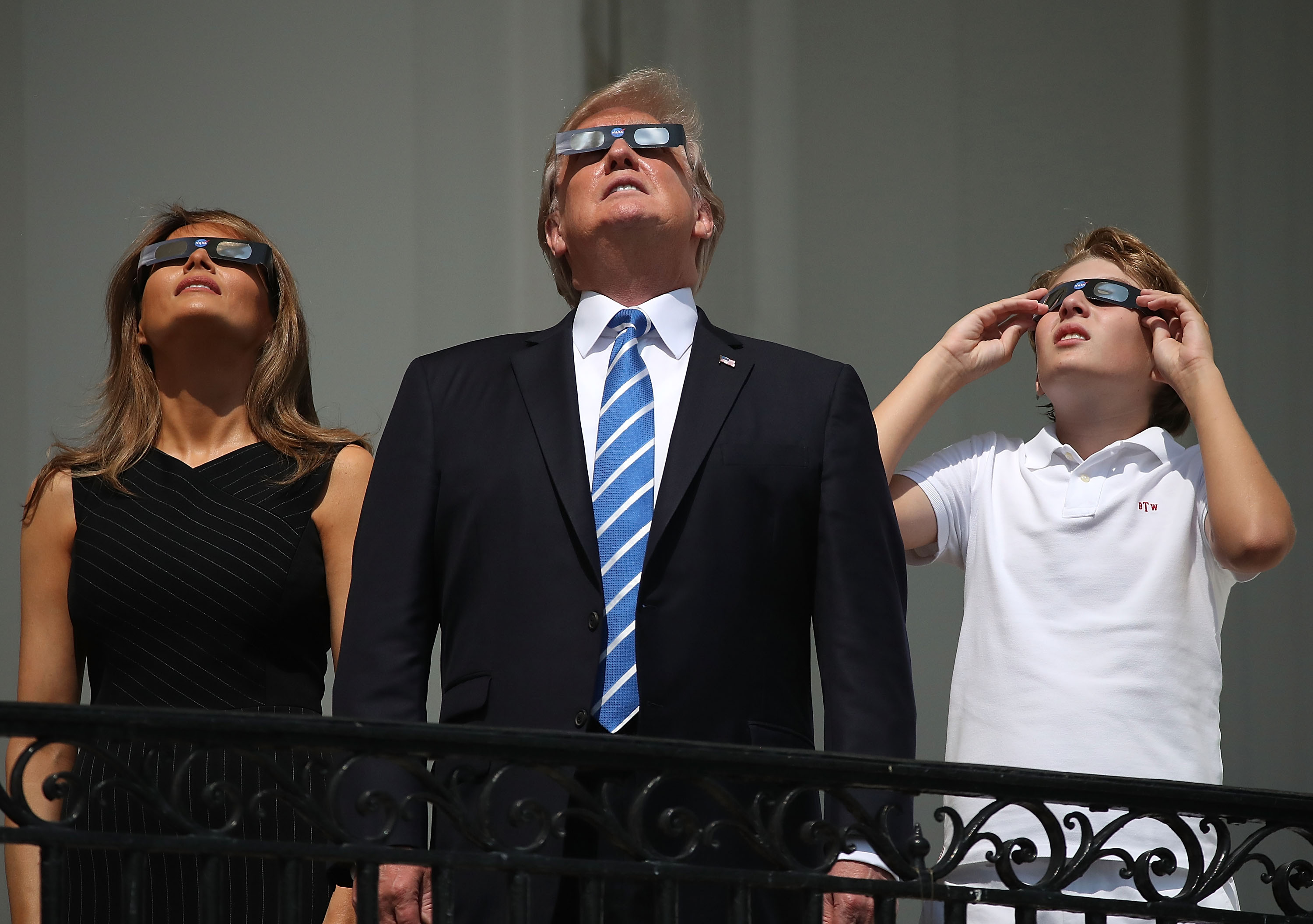 Trump’s daughter Ivanka has been talking about the eclipse often, tweeting about the solar event four times and documenting her pre-eclipse experience at the National Air and Space Museum in Washington, DC, on Snapchat.

The first daughter was also spotted at the White House on the Truman Balcony, ready to view the eclipse.

Former President George H.W. Bush tweeted a photo of him and four generations of his family viewing the eclipse, and added he is looking forward to the next one in Texas in 2024.

Four generations of family taking in the partial eclipse today. Already looking forward to the next one in Texas in 2024! pic.twitter.com/3iSPh9iydA

The total eclipse first hit the Unted States in Oregon, and Democratic Gov. Kate Brown was ready. She viewed it at the state Capitol building in Salem from a telescope.

South Carolina Republican Sen. Lindsey Graham was ready, according to his tweet, which showed him lying in a beach chair with his sunglasses on. The total eclipse hit South Carolina at around 2:40 p.m.

Up in Helena, Montana, Republican Sen. Steve Daines watched the eclipse alongside Veterans Affairs Secretary David Shulkin. Both played it safe by looking at the sun with their glasses.

Another state experiencing full totality is Tennessee, and Republican Gov. Bill Haslam was also ready. He and his wife, Crissy, were set to watch with some blue shades.

Republican Sen. Ted Cruz of Texas called the total eclipse “Amazing!” as he looked up to the sky in San Antonio.