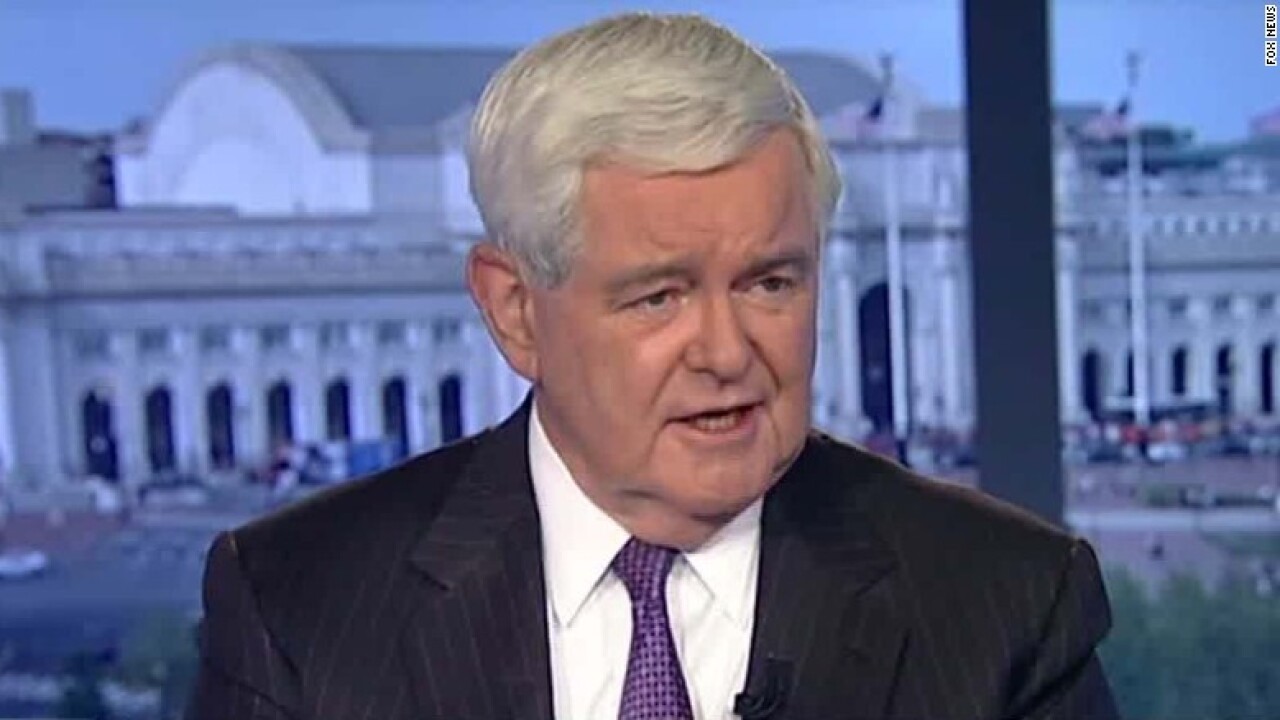 “I think he’s in a position right now where he’s much more isolated than he realizes,” said Gingrich, a former speaker of the House of Representatives who was a loyal Trump supporter throughout the campaign.

“On the Hill, he has far more people willing to sit to one side and not help him right now, and I think that he needs to recognize he’s taken a good first step with bringing in Gen. (John) Kelly (as chief of staff), but he needs to think about what has not worked,” Gingrich said.

Hours after Gingrich’s comments, news broke that Trump had fired chief strategist Steve Bannon, according to multiple sources — the latest of a series of White House departures in recent months.

Also this week, Trump was heavily criticized for his response to the violence in Charlottesville, Virginia, following a white supremacy rally over the weekend.

Politicians on both sides of the aisle came out against his remarks and demanded he denounce any support for white supremacist groups.

Gingrich suggested Trump take a lesson from his own book, “The Art of the Comeback.”

“I think right now that if he wants to get his agenda enacted, if he wants to get things done and have a presidency that’s stable, he’s going to have to have a couple serious changes,” Gingrich said. “I think ‘The Art of the Comeback’ … is really a helpful reminder that’s where he’s at right now.”