A student pilot was also injured when the plane went down in a field off Route 665, near Crosses Grove Road, in the Quinton area of the county at 11:05 a.m.

The pilot and flight instructor, 38-year-old Andrew M. Jones, of Richmond, Virginia, was flown to VCU Medical Center with life-threatening injuries. He succumbed to his injuries later Friday, officials said.

The student-pilot, a 67-year-old New Kent County man, was transported to a nearby hospital with minor injuries.

The NTSB and FAA, who are investigating the cause of the crash, spent hours Friday afternoon assessing the scene.

Ed Augustine, the owner of Paramount Builders, said Jones worked for his company for four years.

"Andrew did all of the maintenance and all of the flying and handled all of our company's transportation needs," Augustine said.

The businessman remembered the 38-year-old as a very careful and conscientious pilot.

"I flew with him a hundred times. My friends and family were amazed at how careful he was."

Augustine praised Jones' work ethic and  may have been his best employee.

"I tried to offer him other positions in the company after we sold the plane, but flying was in his blood," Augustine said.

As a result, Augustine said Jones left the company when he and Kallenbach opened the flight school in New Kent County in July of 2016.

The Tidewater Review profiled Jones last year after he launched the New Kent Flight Center at the New Kent County Airport on July 11, 2016.

The newspaper reported that Jones also worked as a cargo pilot for ACF Environmental.

Jones is survived by his wife and two children.

A memorial service for the 38-year-old is planned for sometime next week. 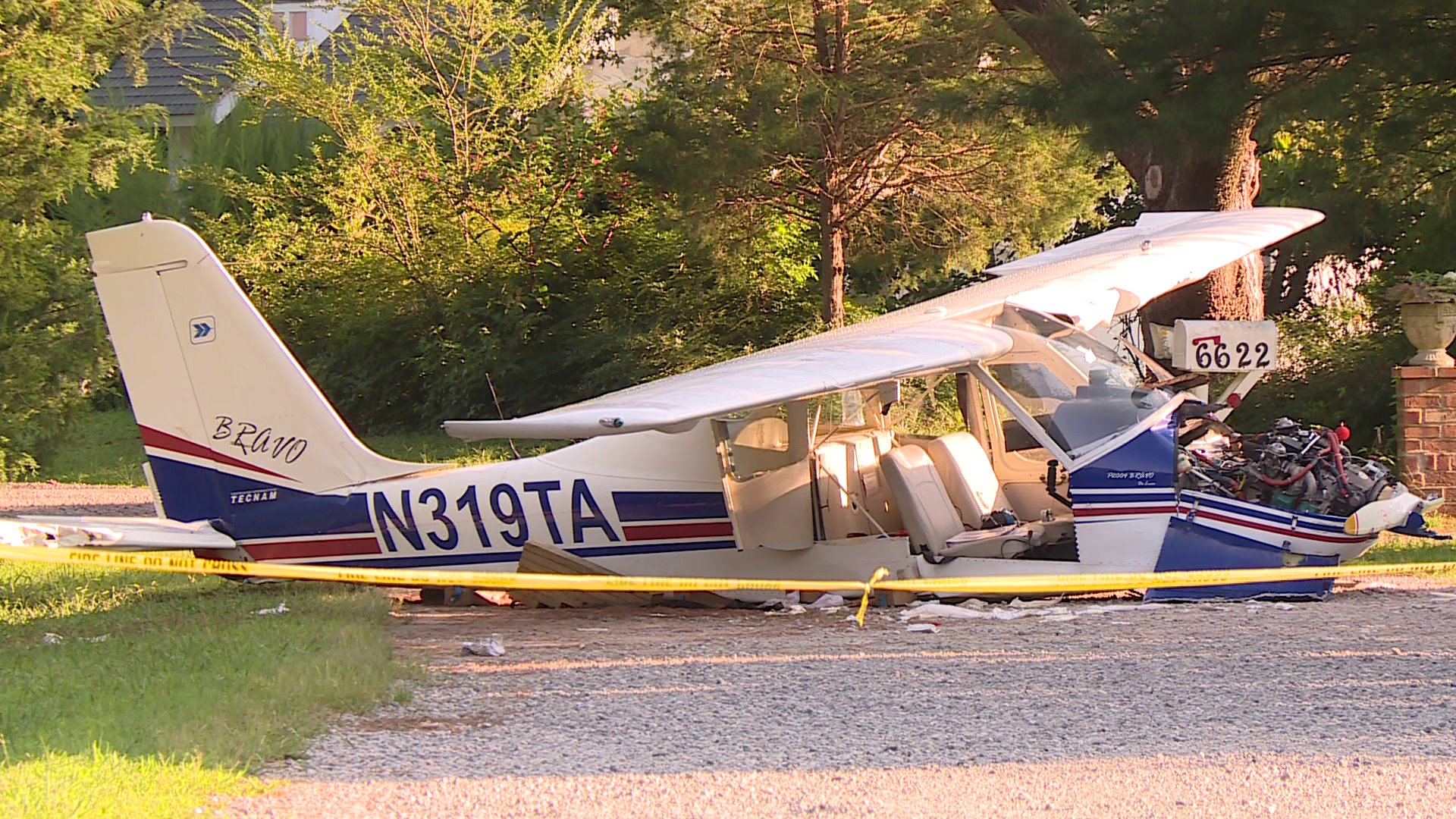 Robert Stroube, who lives on Liberty Hill Road, said he heard what he thought was a truck hitting potholes.

"And then I heard a bigger bang," Stroube said.

Stroube's daughter, who was working outside, ran into the house to tell him a plane had crashed.

“We ran out there and we saw the plane at the corner of our horse field down there in the middle of the road,” Stroube said.

Strobe spotted the aircraft across the dirt road.

“One of the people in the plane was walking around,” he said. “The other had been hurt in the plane. He was pinned in.”

The pilot struck Stroube's wooden fence before it hit the ground.

“My driveway goes between those two fences there and it took out both of those," he said. "And then, you could see it crossed my horse field where the wheels hit… and took out about 125 feet.”

He said the plane came was just 300 feet from crashing into his home.