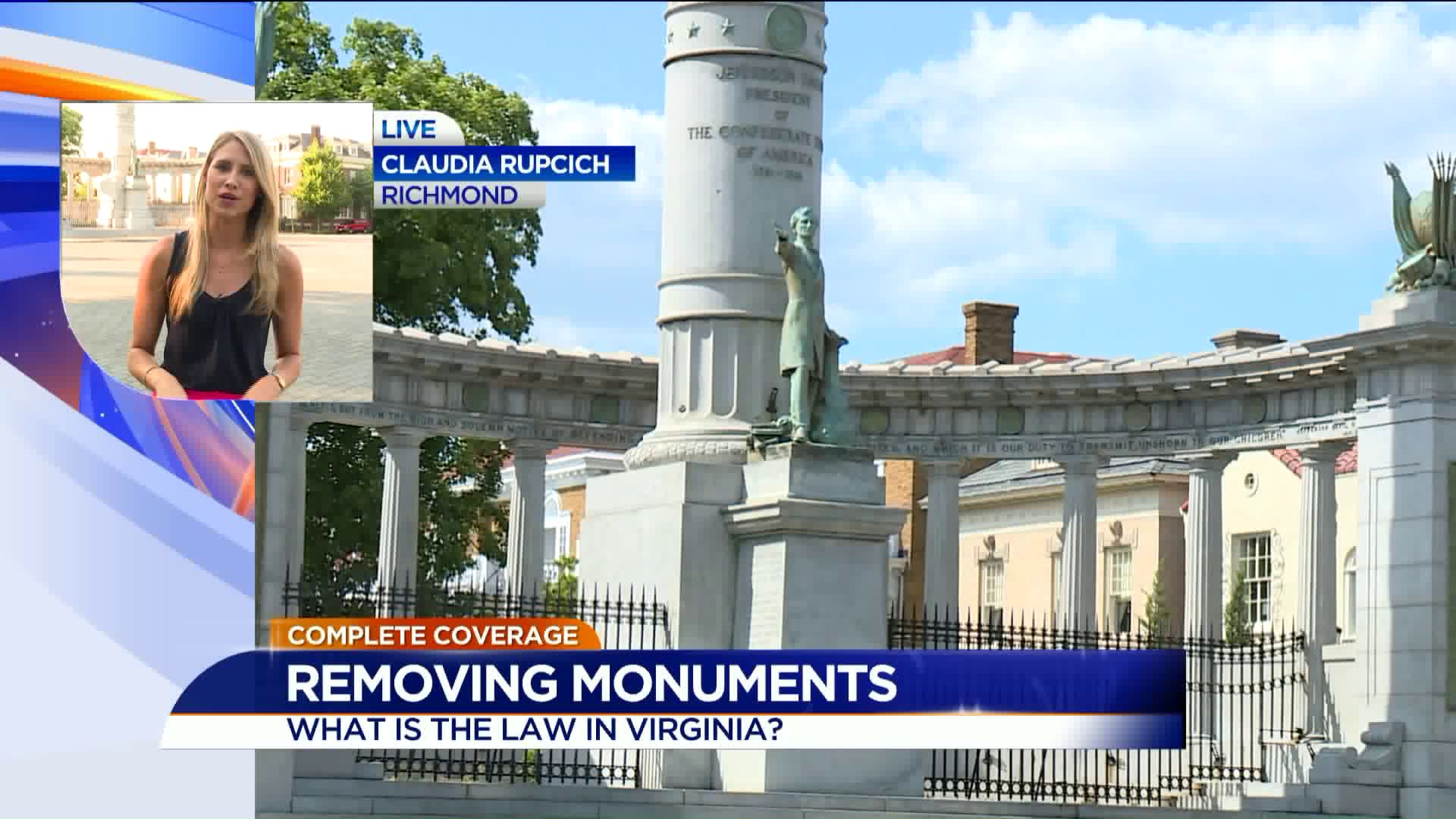 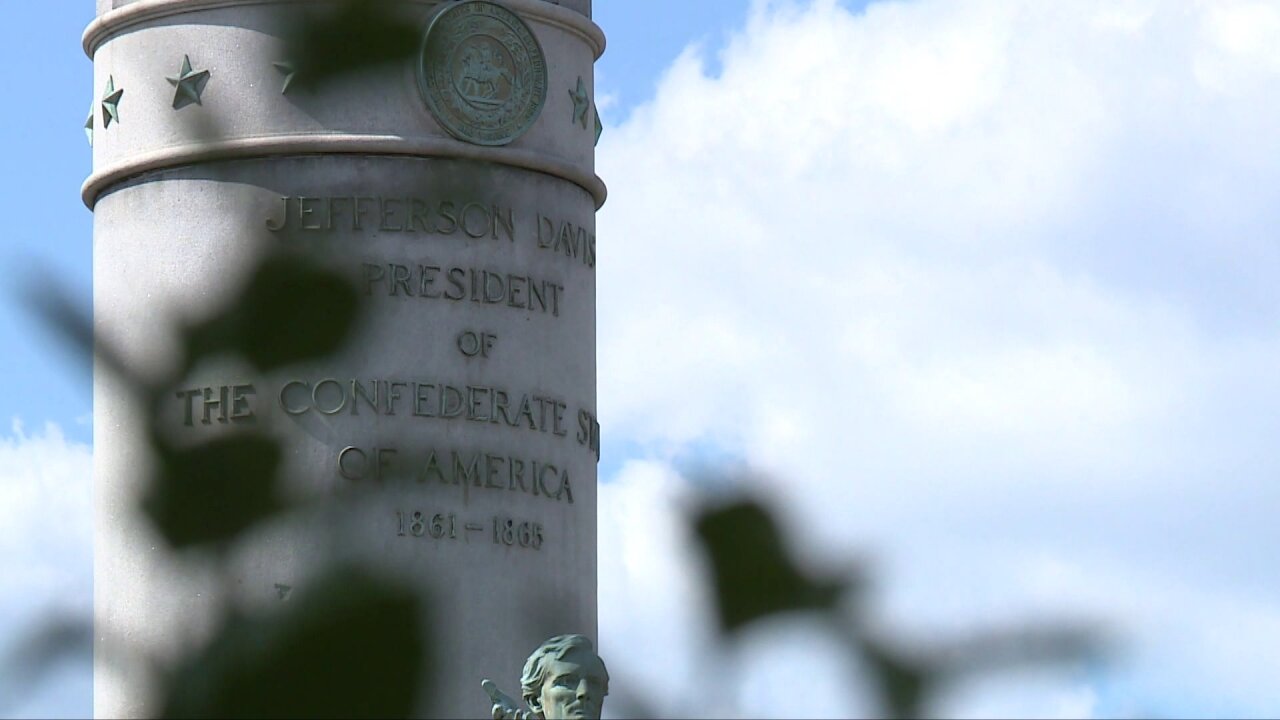 RICHMOND, Va. – Though there has been much discussion about removing the Confederate statues which line Monument Avenue, there is some uncertainty surrounding who, if anyone, would have the authority to remove or alter the statues.

There are five Confederate monuments on the street, and only one – Robert E. Lee -- is owned and maintained by the state. The monuments were built on donated land with privately-raised money, and then eventually turned over to the city.

In Richmond, some argue a state law protects the statues on Monument Avenue from being removed or altered. Also, the whole avenue is a national historic landmark. But others say that law only applies to certain memorials in the state.

Virginia code 15.2 - 1812 pertains to memorials for war veterans, and it declares that localities cannot remove monuments of any war or conflict one they have been erected. That includes the Civil War, within a range of wars stretching from the Algonquin (1622) to Operation Iraqi Freedom.

However, there have been rulings that changed the interpretation of that law, as well as a push to change the current law.

In 2015, a Danville judge ruled that the state law is limited to monuments erected after the law was last amended in 1998.

Because the Supreme Court of Virginia never heard the appeal of that ruling, the decision is limited only to that case.

Kevin Walsh, a professor of law at the University of Richmond, said Richmond could present the same argument as in Danville. Or they could come up with several other arguments that the law doesn't apply to certain monuments, for example, that they are monuments to people and not a war.

He said that route would be a messy, uphill battle.

“The cleanest thing to do in my view is to get the law changed,” Walsh said. "If I were on city council, I would listen to a lawyer that says the law does not allow that removal."

The General Assembly already tried to change the law to clarify that it meant all monuments are protected, no matter when they were erected.

That was last year, but Governor McAuliffe vetoed that bill.

The mayor's office said ultimately City Council would have to approve the removal of the statues and the funding to do so.

But they didn't indicate how they would go about legally removing the statues if they get to that point.

City Councilman Mike Jones (9th District) plans to introduce a resolution on September 11, for removal of the statues. It could be a way to test the waters, because a resolution does not become a law.

Councilwoman Reva Trammel, in an interview, didn’t want to talk about removal of the monuments. She wanted to talk about affordable housing, development, revitalization and the basic needs of the 8th District – of which Jefferson Davis Highway runs through.

Kim Gray (2nd District) issued a statement to the mayor which said in part, that “now is the time to take a breath and afford cooler heads an opportunity to prevail.”

She said many of her constituents have expressed fear and anxiety about “the possibility of a terrorist attack similar to the one in Charlottesville happening here.”

Nationwide discussion about the removal of statues of the Confederacy seemingly began in earnest in 2015, after white supremacist Dylann Roof killed nine members of the Emanuel A.M.E. Church in Charleston, South Carolina. An era ended when leaders lowered the Confederate flag from the South Carolina State House.

Flash forward, and nine states have worked to remove statues commemorating the Confederacy, and even more states have proposed the removal of statues.

Centered in the Deep South but stretching from California to Massachusetts, roughly 1,500 Confederate symbols still exist on public land more than 150 years after the conclusion of the Civil War.

Virginia is the state with the most Confederate symbols, with 223.