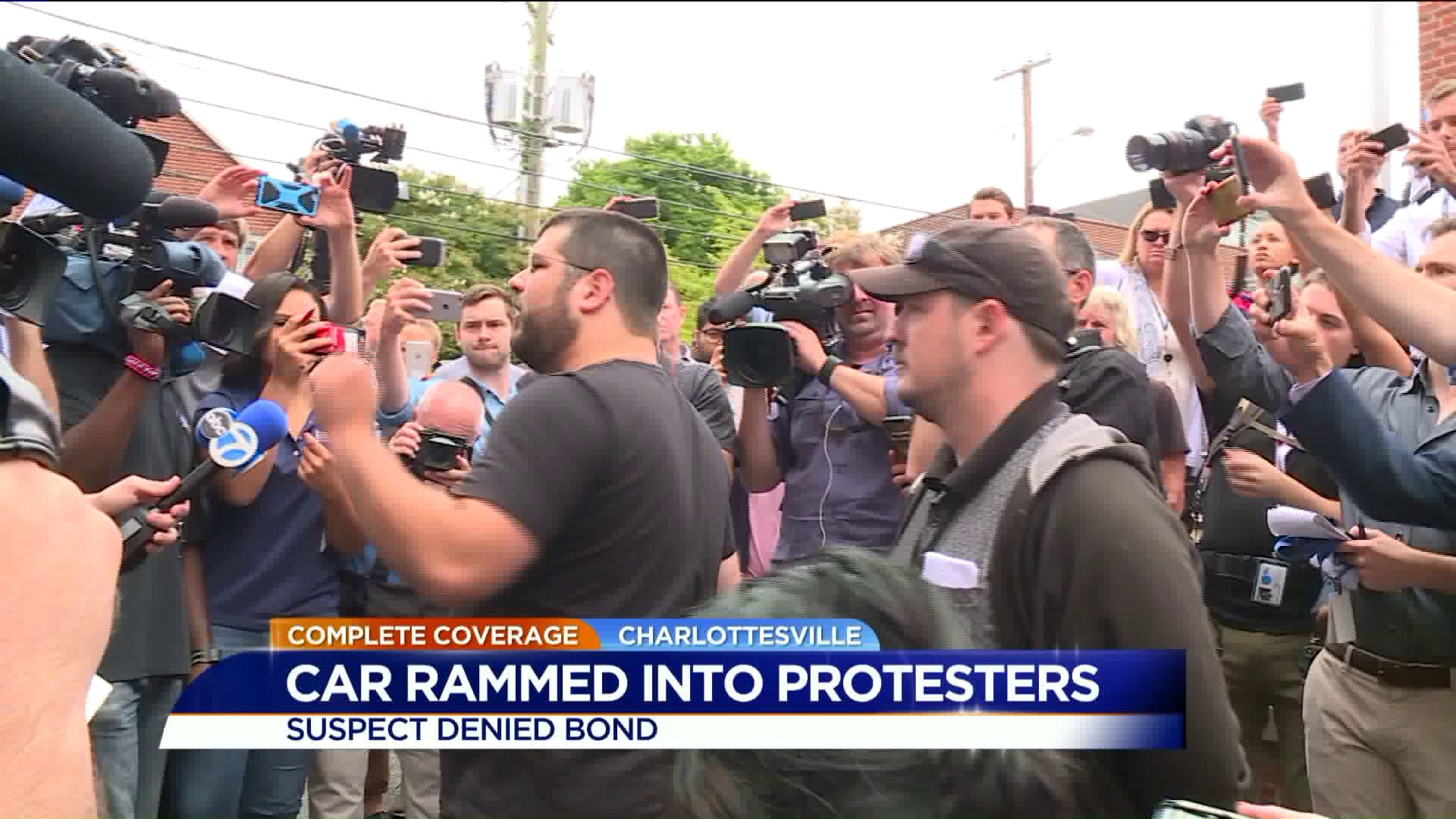 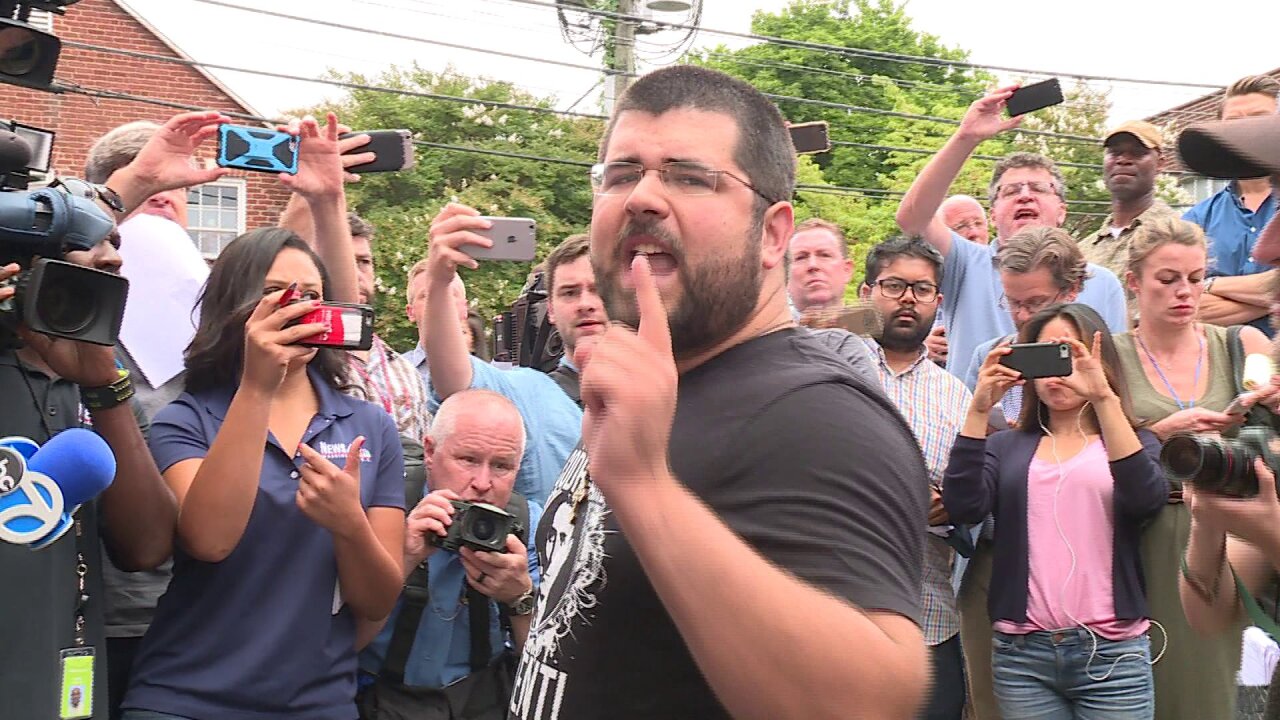 CHARLOTTESVILLE, Va. -- A judge on Monday denied bond and appointed an attorney for James Alex Fields Jr., the man suspected of killing a woman as he allegedly mowed down a group of counterprotesters at a white supremacist rally in Charlottesville.

Fields, 20, is accused of driving his car into a crowd of people, killing Heather Heyer, a 32-year-old paralegal, who was protesting the "Unite the Right" march on Saturday.

Fields is being held on suspicion of second-degree murder, malicious wounding and failure to stop in an accident that resulted in death.

The suspect appeared via videolink in front of Judge Robert Downer wearing a black and white jumpsuit and was informed of his charges and rights.

He mostly kept his head down and answered “yes sir” and “no sir” to the judges questions.

Bond was not set and the judge appointed attorney Charles Weber.

Downer set August 25 as the date for the next hearing, but it is possible there will be a bond hearing before then.

Right after Monday's hearing, two men who identified as alt-right activists started yelling at the assembled media. Then a few Charlottesville residents got involved.

"The nationalist community defended ourselves against thugs in a battle that was brought by this city that wanted a blood bath," alt right activist Matthew Heimbock said. "The police that were given a stand down order as we were trying to exercise our legal, constitutional right to have a permit."

The Justice Department and the Federal Bureau of Investigation have launched a civil rights investigation into the deadly crash, to be led by US Attorney Rick Mountcastle.

Investigators will be looking into Fields' alleged motives, and whether there's enough evidence for a domestic terrorism case.

What do we know about Fields?

Fields was a man who possessed "outlandish, very radical beliefs," and a "fondness" for Adolf Hitler, according to Derek Weimer, who teaches social studies at Randall K. Cooper High School in Union, Kentucky.

"It was quite clear he had some really extreme views and maybe a little bit of anger behind them," Weimer told CNN. "Feeling, what's the word I'm looking for, oppressed or persecuted. He really bought into this white supremacist thing. He was very big into Nazism. He really had a fondness for Adolf Hitler."

Principal Mike Wilson said he remembered Fields as a quiet and reserved student who graduated in 2015. In August of that year, Fields was inducted into the Army but he left active duty in December 2015. A spokeswoman for the Army said he failed to meet training standards.

"As a result he was never awarded a military occupational skill nor was he assigned to a unit outside of basic training," Lt. Col. Jennifer Johnson said.

Fields' mother, Samantha Bloom, told the Toledo Blade in Ohio, where he lives, that she didn't know her son was going to Virginia for a white nationalist rally. She thought it had something to do with Trump.

She told the Blade she didn't discuss politics with her son. She was surprised her son attended an event with white supremacists.

"He had an African-American friend," she told the Blade.