Pipeline Rapids Walkway: A hidden heaven in the heart of the city

RICHMOND, Va. -- The James River Park's pipeline walkway is a half-mile of largely hidden heaven in the heart of the city.

On a hot summer day, you can cool off ten degrees just by dipping down into this ever-changing show on our famously wild river. Enter behind the floodwall on S.12th Street or Virginia Street or even S. 14th Street. There are signs between the floodwall and the river. You can also get on it from the downriver end of Brown's Island.

All types of humans use it. Sunbathers, walkers, runners, bicyclists, birders.

You can watch fisherman catch catfish, or campers (some of them homeless folks) cooking their dinner. Or, in other seasons, huge herons are doing their mating thing and raising their young. 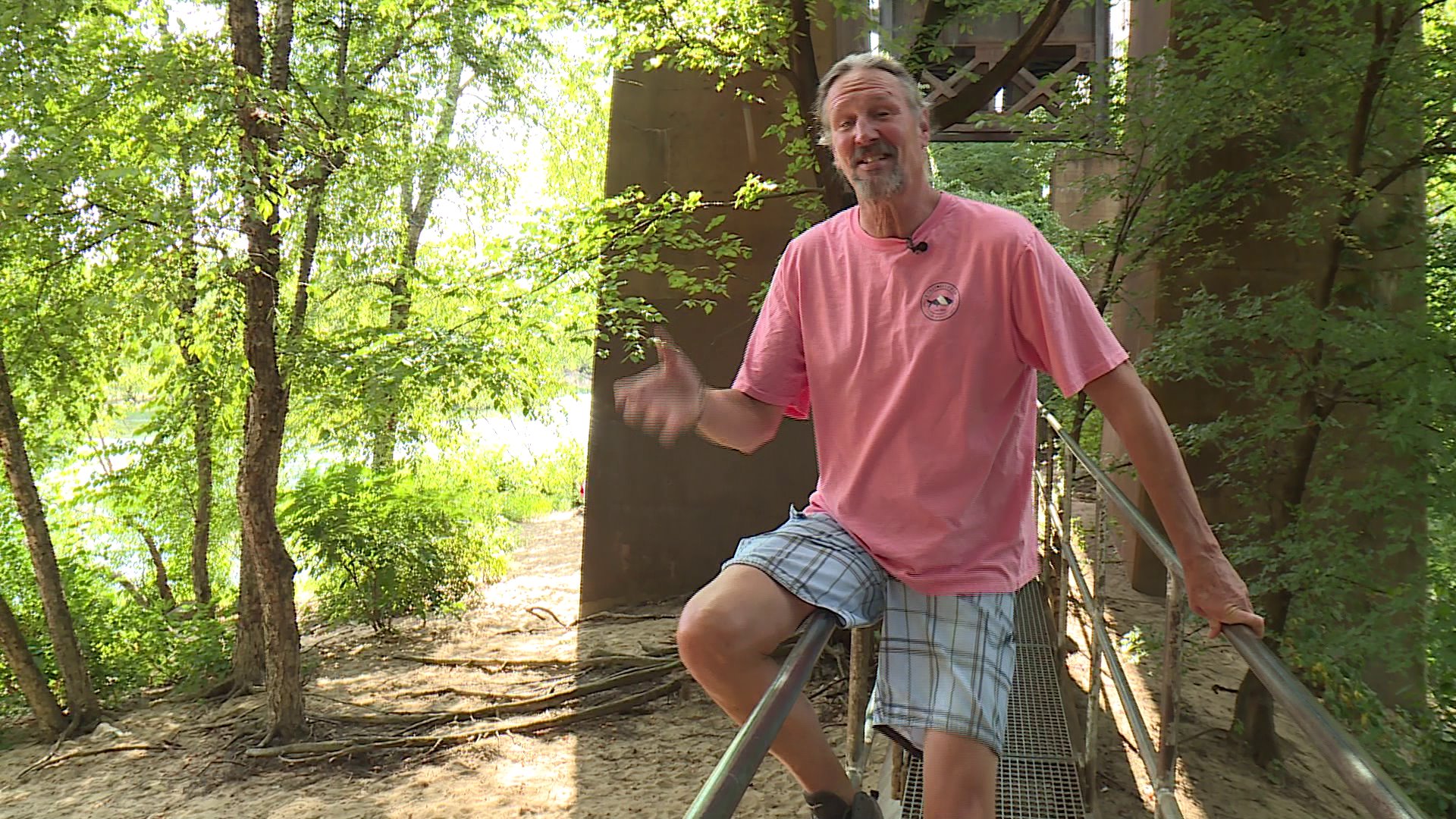 And you have a front-row seat to watch kayakers challenge the class-3-plus Pipeline rapids, every bit as tricky as our famous Hollywood rapid upriver.

Overhead is our famous train viaduct, once a railroading marvel recognized across the land.

The pipeline itself is at least a half-century old, part of the city's combined storm-water and sewage system. It drains part of the downtown area, connecting up with the massive retention basin downriver and the pipes feeding the sewage treatment plant across the river, a system that reduces (but doesn't eliminate) the amount of untreated sewage being dumped into the James during big rains.

Even though it's a sewer pipe, it's sealed up and anchors a largely clean place of serenity.

"Pipeline's a beautiful little oasis in the city," said regular visitor Tina Bujno, a teacher. "It's a great place to come down and just get back and be in touch with nature. You get down here and you forget you're in a city."

It can also be all-too-easy to forget how dangerous this place can be, with slippery rocks, deep water and rapids that have killed. When the James is flooded, the pipeline is no place to play.

But it's often one of the dreamiest and wildest half miles in River City.