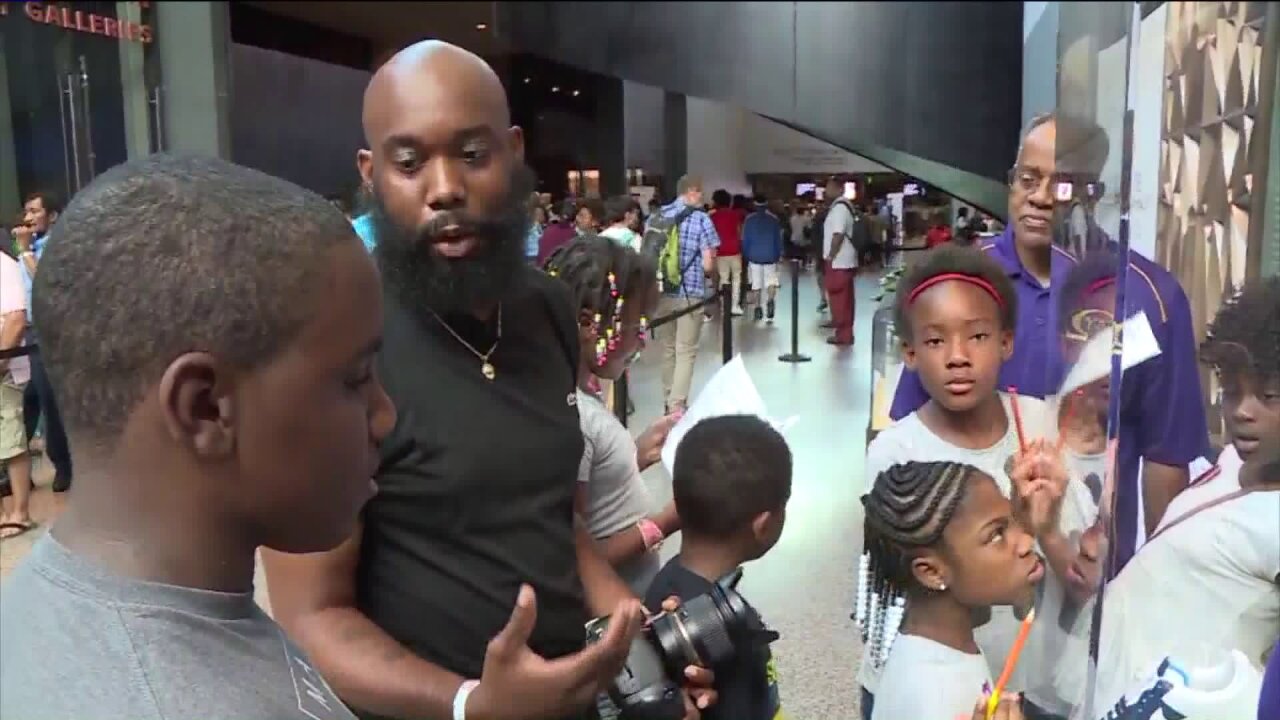 WASHINGTON DC. -- While accompanying a group of roughly 75 students from Highland Springs to the new National Museum of African American History and Culture in D.C., Jerome Jackson recalled a time when African-Americans were unable to vote in the U.S.

"When you'll be 18 you'll be able to vote ok, but there was a time when I was a kid you couldn't vote," Jackson said to some of the students.

Jackson shared the story while showing the kids an exhibit featuring the Black Panthers.

Inside the museum, the kids, many of whom live in homes without fathers, learned about their history from both the museum, and men like Jackson who donated their time to be mentors for Team Change.

Team Change came about when Lisa Robinson, a teacher at Highland Springs Elementary School, saw our story in 2015 highlighting a New York Times article that found Highland Springs has the third highest proportion of black men ages 25-54 missing from the community due to incarceration or early death.

Now, thanks to Team Change, several kids in Highland Springs have male mentors, and this trip gave the kids the opportunity to bond with those mentors.

"Sometimes you have to be heard so that's why we protest Black Lives Matter that's where that comes from," mentor Tyrell Clayton said while showing the students a poster that read "We demand an end to police brutality now."

The mentors said sharing their stories of living through important parts of African-American history will hopefully inspire the kids to work to be the change Team Change wants to see in Highland Springs.

"They need to understand their history so they can make their future better," Jackson said.

This is just one of many things Team Change has been up to this summer.

Several sponsors contributed money to Team Change to pay for the kids to go to the museum.